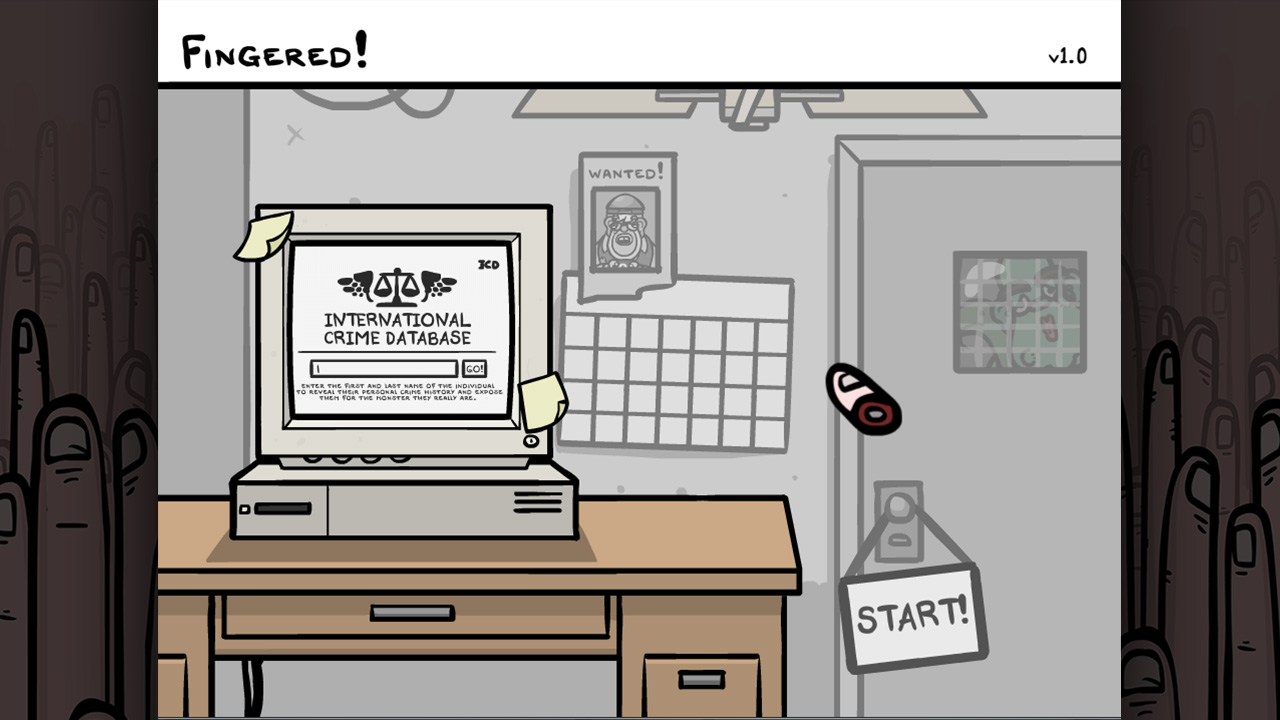 GUILTY! THEY ARE ALL GUILTY!

i mean really just look at them, you can see the guilt...
i feel guilty just looking at them...

can you point the finger at your fellow man?
are you ready to finger yourself?
can you do your job?

trim your nails, put on your listening eyes and peer deeply into the skin folds of the usual suspects...

will you become a true hero?
or will the fleas become too much for you?

either way, i think there is a future in this for us.


FINGERED is a "whodunit" hyperrealisic police sim where you must finger the guilty and clean up this darn city using the descriptions of the local busy bodies. but everyone's perspective is different: one man's fat is another man's sexy!

will you put an end to all crime in america with the electric finger of the law?! 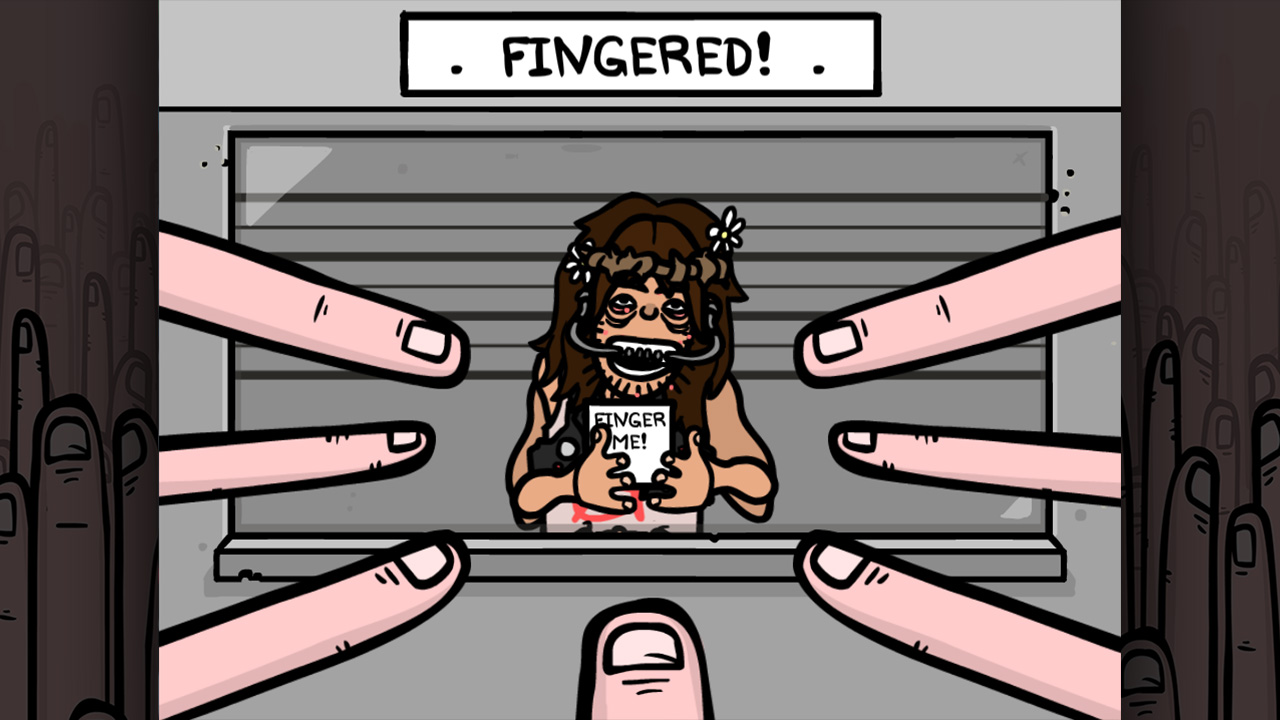 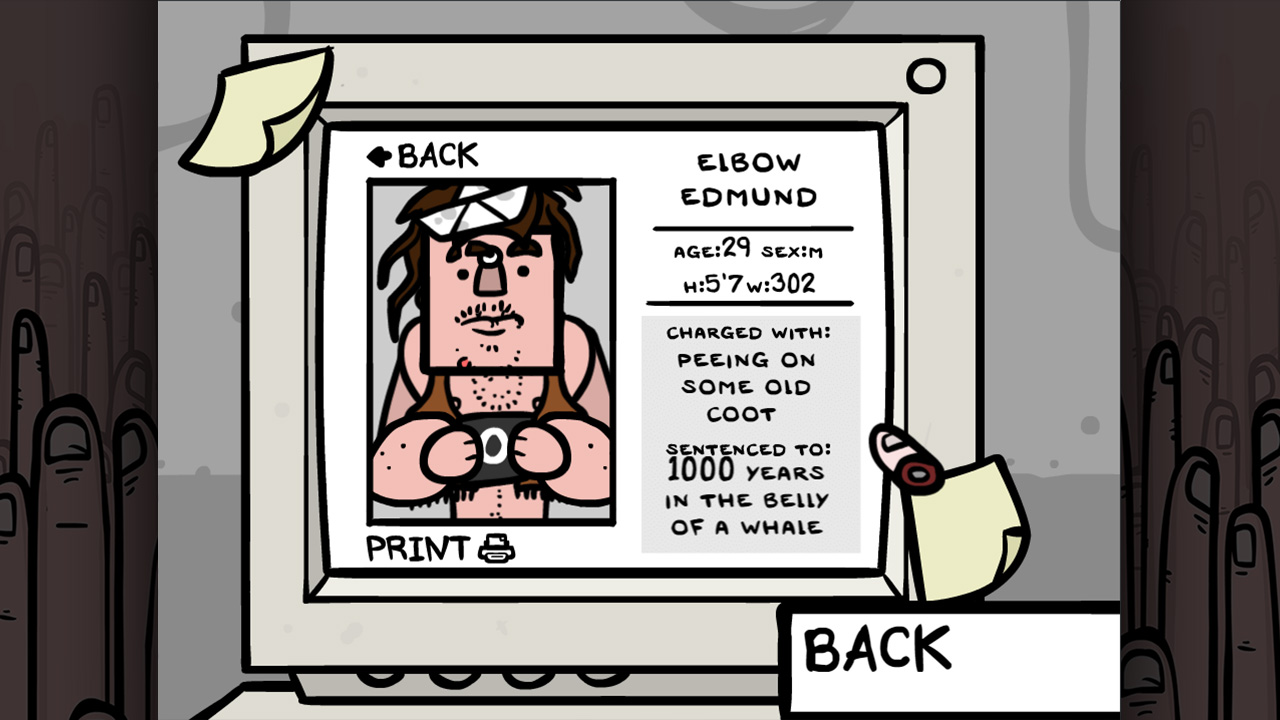 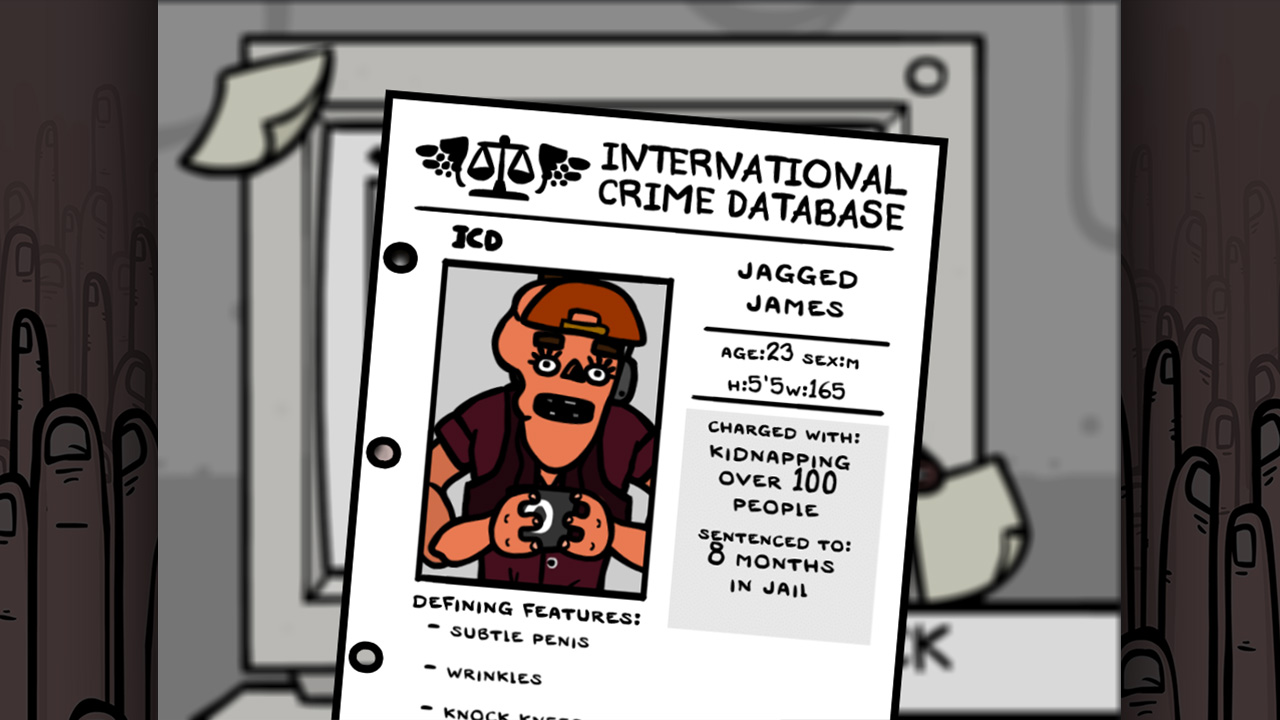 
LOGIC PUZZLE. 21 different randomly generated logic puzzles per game - who could ask for anything more? (rhetorical - do not answer). The re-playability is near infinite. Edmund McMillen (Super meat boy, Binding of Isaac, The End is Nigh) is one of the four developers of this game. The player gets hidden achievements (4 total) if they can pick out each of the four developers from the suspect line-up when they show up and serve them "justice". (No spoiler on where the developer pictures are.)

The premise: A police suspect line-up and LOGIC all the way. The player must figure out the culprit from the name and visual clues presented by each suspect and from the 4 statements (clues) given by the witness who has their own quirks and just might be lying. (After playing this game I really feel for actual police who I have no doubt have to suss out the truth from murky and skewed statements of actual people all the time.) Once the player has determined the identity of the culprit the player FINGERS them, sends them to the electric chair, and pulls the switch. (Fortunately this is not reality, so do not think too deep on this "justice" system.) The player is allowed one mistake. (Oops the guy was innocent of this crime but sure he was guilty of something. We will overlook that one.) Two mistakes and the player begins again, new game, day\/level 1.

There 15 achievements to be had by finding certain guilty people who are not necessarily guilty of the particular crime in question but are certainly guilty of another one (Read the achievement to find out what it is, and read community guides to get a list of these special criminals.) Finger them for their numbered achievement.

Once again I will repeat this is a LOGIC puzzle game, diabolically crafted with finely tuned subtle clues, and a whole lot harder then it seems or one could think possible. (So either take notes, or read the community guides.) There are two timed levels of 1 minute each but by the time the player reaches them the player should be able to easily handle the 1 minute time frame. (So says the soul who abhors timed anything in games.)

All this fun for only $1.87 US - still. One reviewer pointed out 187 is the police code for murder. Just thought I would share the trivia. (Oddly I find this game therapeutic after a "bad" day at work).

PS Just a suggestion: turn the volume off on your speakers, the music gets annoying after awhile. It's repetitive.