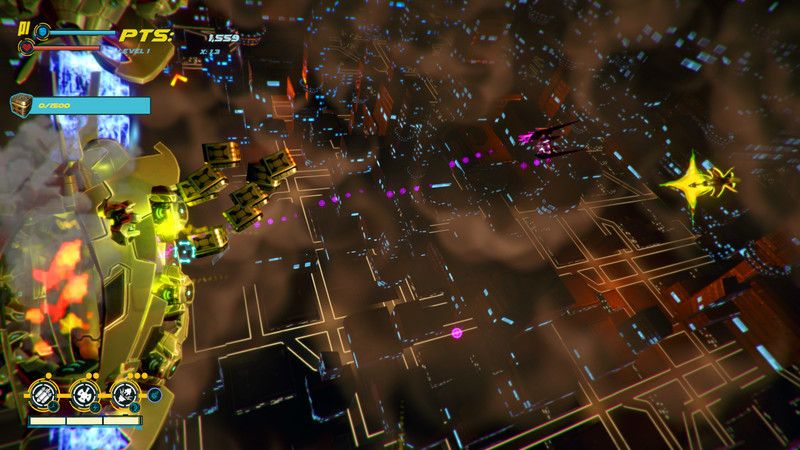 Startide is the new take on the arcade top-down shooter - play as an elite pilot driving the Interstellar Recon Mecha geared with an unique set of weapons and special abilities. Explore the uncharted corners of the galaxy, discover its story and test your skills in epic battles against the most feared space dreadnoughts. 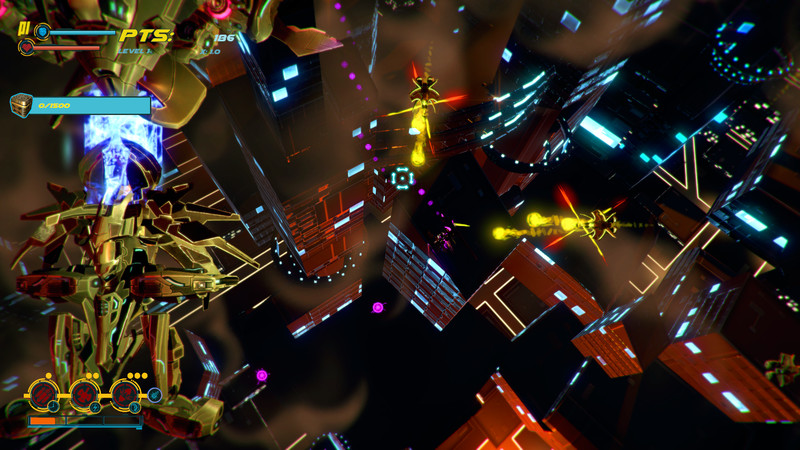 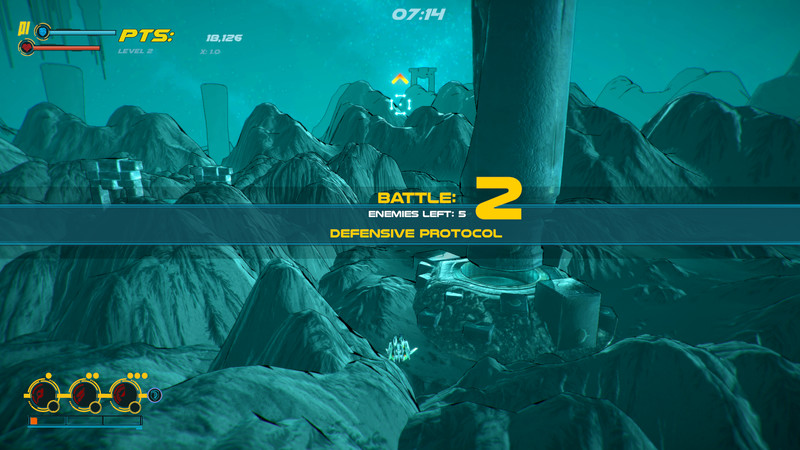 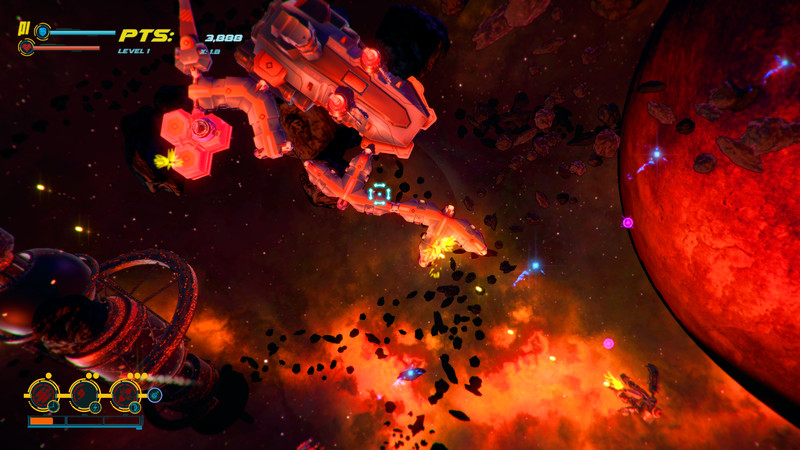 
Startide is one heck of a good time! I love the look and feel of this game so much. From the variety of mechs with unique weapons, to the multiple special abilities with active and passive effects, the game does a great job of putting you in control of how the battles play out. I really enjoy the Boss mode where you can build your own custom boss and upload it for other to try and defeat. Finally the love and attention to detail put into the game really shines through in all aspects. It may be simple in it's delivery, but don't be fooled, this is going to be a hidden gem that way to many people will end up missing. Don't be a statistic and give this one a shot.

If you wanna see some game play and personal impressions I've provided a link below.

www.youtube.com\/watch?v=vaihiUtej38\" target=\"_blank\" rel=\"noreferrer\" id=\"dynamiclink_0\">https:\/\/www.youtube.com\/watch?v=vaihiUtej38<\/a>. Startide is a strangely boring shoot-'em-up, strongly reminiscent of the 2003 freeware title Warning Forever mechanically but much slower-paced, to its detriment. Essentially the entire game is fighting bosses by destroying them part-by-part from the extremities inward, since only the outermost parts on a limb take any damage, with the scaling falling off such that hitting any part other than the two outermost is almost worthless.

So, it's all about slowly circling enemies, minimizing the amount of hits you take, and slowly wearing them down. Of course, with a system where you both regenerate health and destroy the boss's weapons as you fight, this means that essentially all stages get easier as they go on, which contributes to the tedious feeling. Likewise, there's not all that much difference between stages - some will have time limits, and some will have breaks for asteroid fields (which are to your advantage, since you regenerate health and super bar during this time), and as you go on you fight five different alien races, three of which have their own gimmicks, two of which matter - except for stages where you are attacking supply trains, which are similar (you still destroy armed parts coming off the train, from the outside in, then destroy the "core" that contains the supplies) but involve different enough mechanics that they at least feel like something different.

Startide is also not free of minor issues that I felt dragged the game down. The biggest one is that I felt the 4th alien race was the hardest to fight by far, which made the entire end of the game where you fought the 5th race feel very anticlimactic. Another is that, instead of getting notably harder (except when you fight the 4th race) or more interesting, stages just require you to fight more bosses in a row, which increases both the likelihood that you'll mess up and die sometime during them, and makes you have to replay even more when you die. The least and silliest gripe is that the game gave me a giant laser cannon with only one fight left before the rest of the game was fighting the 5th race, and due to how the mechanics interact, the giant laser cannon is useless against the 5th and final race of aliens.

Ultimately, I don't think I was expecting tedium from a shoot-'em-up. It's a genre with quite a few bad entries, but few boring ones, but Startide somehow managed to be. Check out Warning Forever instead, it's a significantly more fun freeware take on many of the same ideas.

(Postscript: Startide has a workshop functionality, but I felt it was somewhat limited in terms of being able to create interesting things due to fairly low "cost" limits, hopelessly degenerate designs like my Invincible are quite possible, and there's no real ship design community for the game. It's at least fairly easy to use, but I didn't think it was notable in any way.). I understand the concept of the game. But isn\u00b4t fun.

No zoom in or out.

No sensation of, definitively, destroy a large ship. That just disappear.

And ... the pattern of bullets and secondary enemies is too basic ...

. This is the most boring, unfinished game I have seen yet. It looks colourful on the store page, but my god how boring it is.

I hate to write negative reviews, but there's no excuse for this kind of shoddy junk.. This game is rad.
Mecha combat in pseudo 3d space.
Super bright Neons, bullet hell, upgrades, all sorts of battles.
The ships you fight are all a bit samey, but it is super fun anyway.

https:\/\/youtu.be\/VrRViEe-w7E<\/a>. This game is rad.
Mecha combat in pseudo 3d space.
Super bright Neons, bullet hell, upgrades, all sorts of battles.
The ships you fight are all a bit samey, but it is super fun anyway.

https:\/\/youtu.be\/VrRViEe-w7E<\/a>. A barebones shooter with annoying sound and forgettable music. The menus and the dialogue in the also-barebones campaign mode are full of spelling and grammar errors. Everything about this game is amateur and unpolished and it feels like it was slapped together. I'm glad I got this on sale because I don't recommend spending more than $5 on this.. This is the most boring, unfinished game I have seen yet. It looks colourful on the store page, but my god how boring it is.

I hate to write negative reviews, but there's no excuse for this ki...