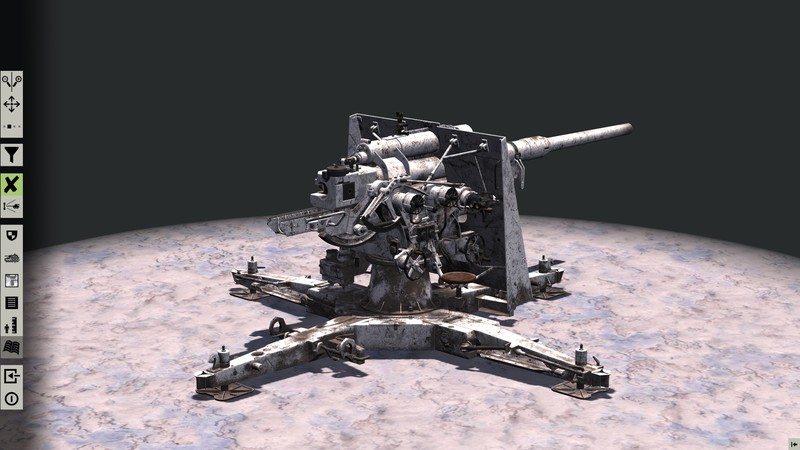 On March 19, 1943, the attack group of the Volkhov Front forces, combined as part of 8 A, is to break through the enemy defense in the sector of the front between Voronovo and Lodva villages, and then pursue the offensive in the general direction of Sologubovka, cut off the Mga-Kirishi railway in the Turyshkino area. The 8 A group of forces is reinforced with tank breakthrough regiments on KV-1S and Churchill tanks. The Germans using the forces of 223 ID occupy the defensive line of Voronovo, Pushechnaya Gora, Lodva, dense of engineer installations, developed system of trenches and obstacles, along with minefields. 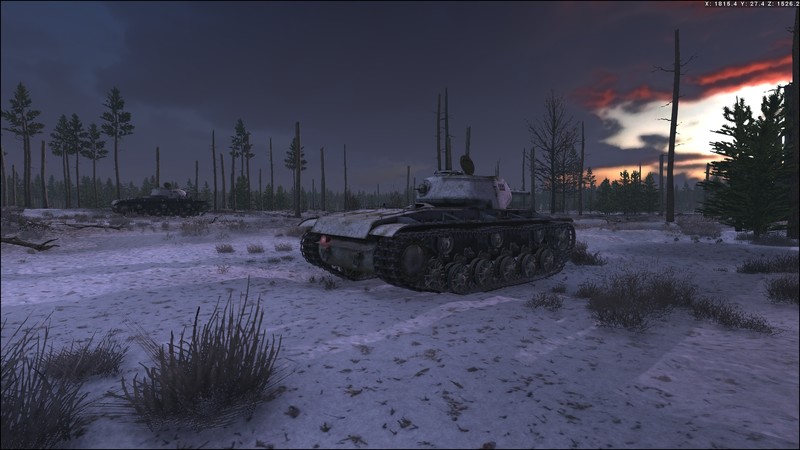 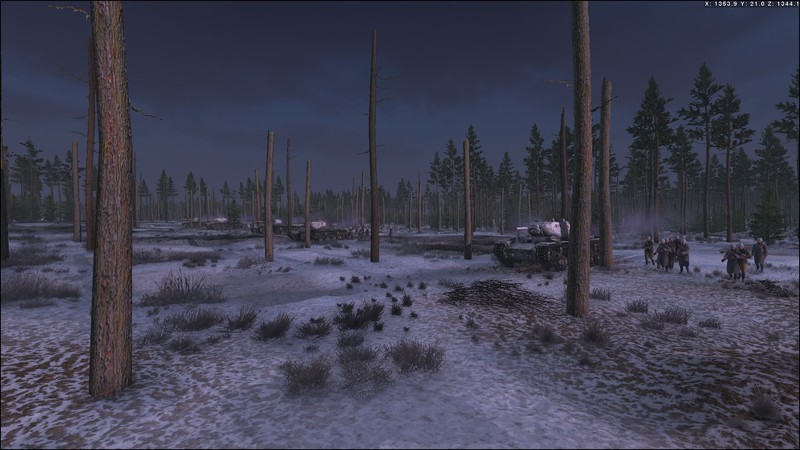 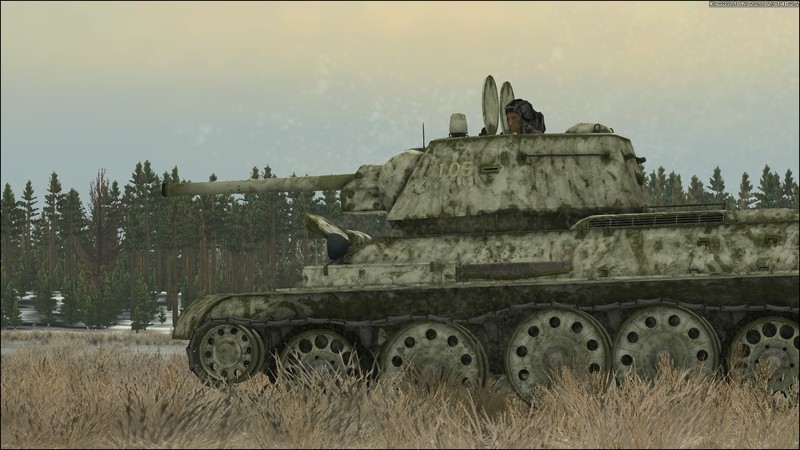 Sing along kids: "You can grind if you want to, you can leave your friends behind. 'Cause your friends don't grind and if they don't grind (simulate needle on record screech now)...." well, then they're probably not gonna dig this campaign too much.

Being one of the longest DLCs in Grav Tac history, you will fight and replace and fight some more, and replace again ad-nauseum, then re-build beat up units and send them in too until both sides are pretty well exhausted, out of ammo, out of artillery rounds, and just plain spent. You as the orchestrator will be just as spent. I'm only on Turn 24 out of 28 and have fought 59 seperate battles at 2 hour intervals and rarely have any of the engagements wrapped up early. This isn't a complaint, mind you, I'm just letting you know you WILL get your money's worth...whether you want to or not.

Great map, lot of units, lot of artillery, limited visibility due to weather, difficult navigation for armor due to all the shell-holes, trenches, mines and whatever else manages to get in the way. The much vaunted German 8.8's show up, and proceed to die like everybody else. No great swaths of enemy real-esate will be taken here and if it does happen, then Stand-By for the imminent counter-attack against your now exhausted and supply strapped units to follow. Great representation of the Northern winter "see-saw" borderline attrition battles of '43. Good stuff.