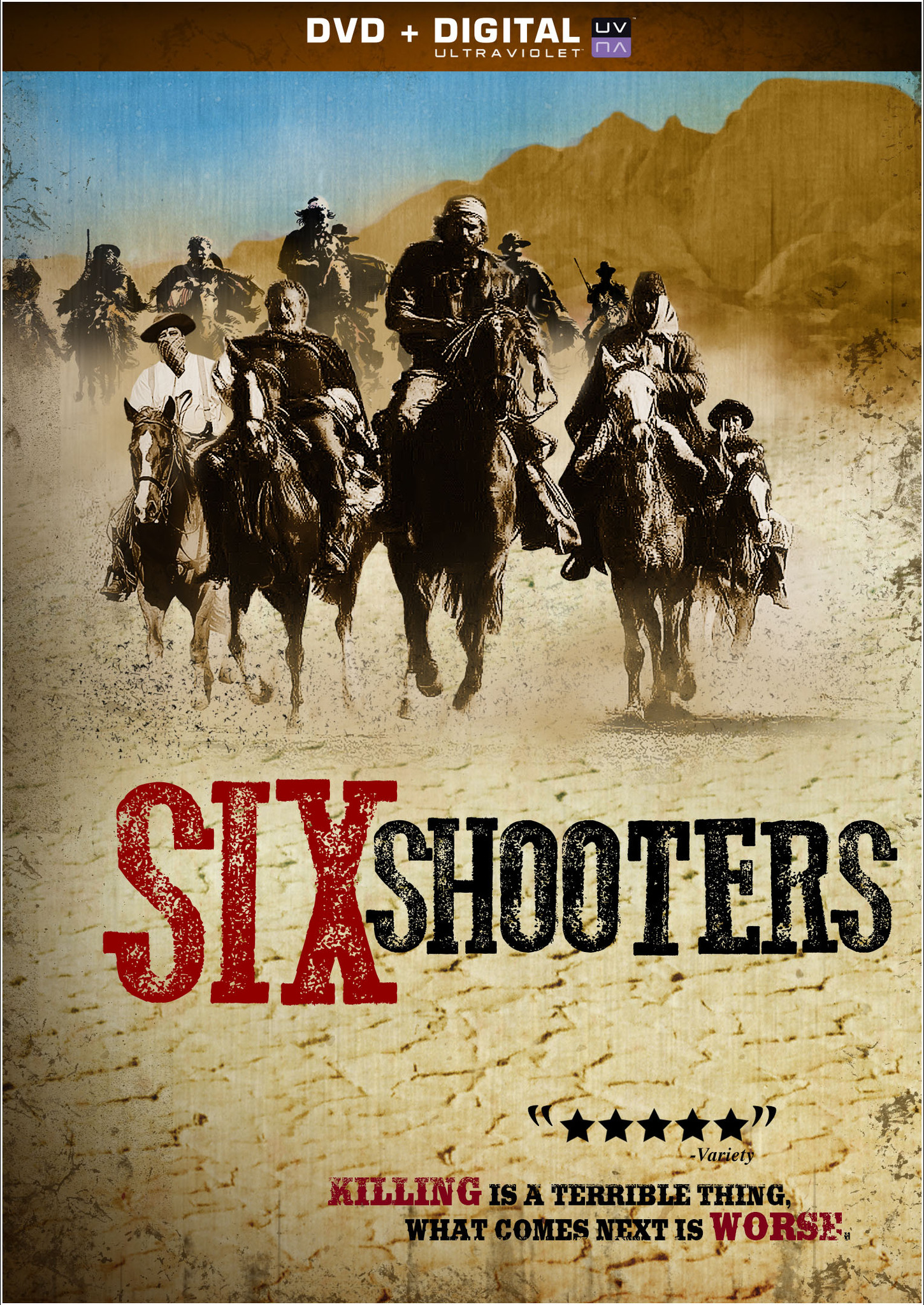 Aballay was a bad tempered gaucho. After killing a man, the terrified look of the victim's son raised his consciousness about his savagery. Years go by, that kid's look doesn't leave him. Aballay knows that the kid will look for him.
Ten years after looking into the eyes his father's killer one young man is on the hunt for the gang of outlaws that left him fatherless. With just a sketch of their faces he travels from town to town taking up odd jobs in exchange for shelter. Until one day the marauding gangs' leader steps foot on the property he is staying igniting his undeniable urge to satisfy his vengeance. Hunting down each man, one by one, he'll take his justice no matter the consequences!
Having not seen an Argentinean western, I thought I should give this one a go.

Here's the story: a gang of marauding gauchos attack a stage coach, kill all the defenders and take off with the gold – but not before the boss of the gang finds the young son of one of the victims hiding in the coach. He leaves him there, and rides off with his gang. Ten years later, the boy – now a young man – hunts down the killers, one by one, to satisfy his vengeance and dish out retribution. What follows is a convoluted plot that eventually reaches its inevitable conclusion.

Seen this story before? Well, you can revisit The Bravados (1958) with Gregory Peck hunting down the killers of his wife; or you can see Leone's classic Once Upon a Time In the West (1968) to recall Bronson hunting down Henry Fonda's killer of Bronson's brother; or, from another perspective, you can savor the savagery of Bronson in Chato's Land (1972) as he hunts down the members of a posse that gang raped and murdered his wife.

As stories go, then, Aballay is nothing exceptional. But, it's competently done, if a bit too slow at times, with over-long close up shots of faces (a Sergio Leone trademark); long takes of two people looking at each other or the land; long takes of riders riding; and stunning shots of the Argentinean desert landscape. Hence, the similarities with prior cinematic techniques from better directors is obvious.

What makes this filming truly different from the others, however, are some of the graphically violent scenes, particularly when the heroine, Juana (Mariana Anghileri) is branded by a red-hot iron; when the hero, Julian (Nazareno Casero), is tortured and staked out upon the ground; when El Muerto (The Dead One, played by Claudio Rissi) either cuts a throat or decapitates a victim. All done in context, of course, but possibly too graphic for some.

What's annoying about it is worse: fuzzy photography at times, for inexplicable reasons; seemingly inappropriate jump cuts or scene changes (from day to night in an instant, for example); and a long flashback that neglected to properly cue this viewer that it was indeed a flashback. The director, Fernando Spiner, has directed fourteen features in thirty years; so, I would have expected a bit better with such long experience in the business.

The overall production is good, the actors are competent without being outstanding, and the sound and sound track are okay for this type of western. What's very good is the editing during the gun fight scenes, all of which tends to be very well done.

The final shootout – such as it is – is different also, quite different. In fact, I haven't seen one like it before. And, it's unlikely to ever be done again, I'd suggest. So, you'll just have to see Aballay to find out why. In a way, it reminds me of the final shootout in Valdez is Coming (1971), but only because that ending is also unique (for a different reason) in western cinema.

Overall, I give this production a six out of ten, but only just.

June 21, 2012 RELEASED IN 2010 (and on DVD in the USA in 2013) and directed by Fernando Spiner, "Six Shooters" chronicles events in Argentina when a gang of six outlaw gauchos murder a boy's father and ten years later the young man (Nazareno Casero) sets out to kill 'em all. Claudio Rissi plays the main heavy while Mariana Anghileri appears as the requisite babe. Pablo Cedrón is on hand as a mysterious horse-riding "saint" in the mountains.

The film is in Spanish with English subtitles. Surprisingly, the production quality is top-of-the-line on every level, on par with 2011's "Blackthorn," another modern South American Western. There are some elements of "One Eyed Jacks" (1961) and Spaghetti Westerns, but without the goofiness of the latter. This is a thoroughly austere Western that's a little too artsy for its own good, which might make it play better on repeat viewings. There are themes of vengeance, repentance and forgiveness, but some people just CAN'T be saints. Maybe someday though.