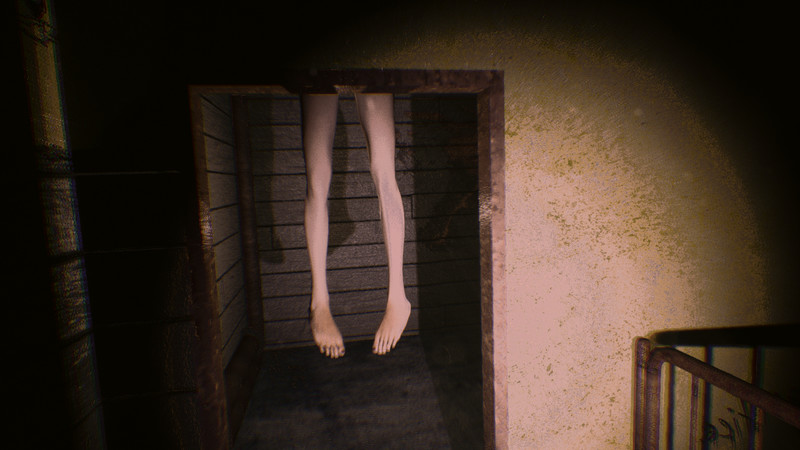 
The Naked Game is a first-person psychological thriller/puzzle/exploration game inspired on real events connected by a strong immersive story of a young Eurasian girl who goes on a trip from Japan, her home country, to France.

One day she wakes up at an unknown, yet familiar place…

Mia was kidnapped and she is trying to escape from the hostile place. However, her journey to freedom is not easy nor straight.The Heroine is forced to seek her memories in order to solve the riddles that the kidnapper prepared for her. Yet not everything is as it seemed at first.

- Discovering all elements of our universe -
Including pop culture trends, brands and also conspiracy theories

- First person immersion -
The Naked Game is not your typical first person game where the player controls only levitating hands. The heroine is presented to the player from head to toe which guarantees better connection with the character.

- Exploration of levels -
The player can explore dark corners of the levels and uncover more about the heroine's past. Thorough exploration can player find different points of view and help them find another solution of the levels.

- Inspired by real historical events -
Such as the Fukushima accident and German expeditions to the Far East and many more...

Some parts of the game may not be suitable for people experiencing photosensitive seizures. b4d347fde0 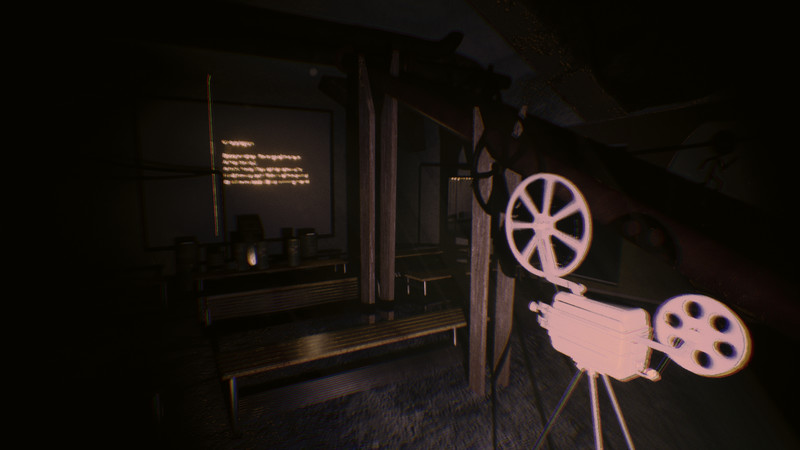 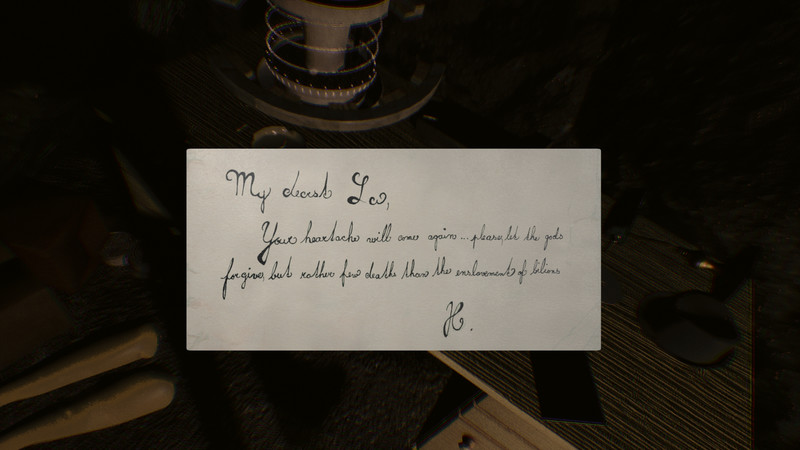 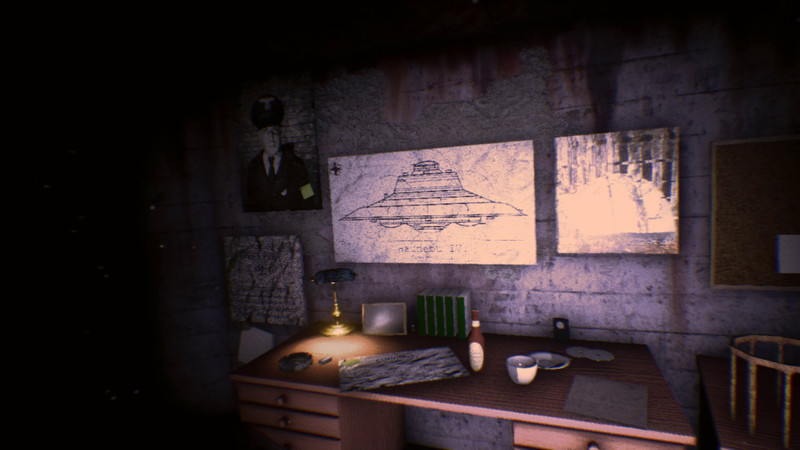 This game is a piece of junk. You get nothing but a black screen. Avoid.

Turns out the black screen gets you to the start. Terrible start. Next thing is controls don't work. Can't to on the torch and then managed to jump into a wall and get stuck.

Game actually deserves a minus rating.. It's definitely an interesting game. The beginning threw me off a little, but I found out it was supposed to be that way. Expect the unexpected and y9ou will do fine. The puzzles are difficult, but not impossible. Not all the puzzle solutions are obvious, but once you solve them, you'll see the logic they used to create them.. This is a first person horror game, You play as a girl named Mia, who is bald headed and completely naked throughout the whole game, she's trapped in a dark and creepy place with lots of naked mannequins and has to solve a bunch of irritating puzzles to escape. There is no save feature instead the game auto saves every time Mia advances to the next area. Mia will carry a flashlight which will frequently need new batteries to keep working, you'll find batteries every time you enter a new area. If the flashlight isn't working pressing the O button gives Mia a brief flash of light, if you hate puzzles or nudity then don't play this.. wow, this was an interesting, fabulous, plus sometimes frustrating experience. after 31 hours, i think i am close to finishing, but i'm pretty sure something wrong is preventing me from completing the game. i don't know for sure it's not just a bizarro ending, but i am hopeful a Dev will answer my post in the Discussion area about this.

in spite of that plus the game crashing every time i tried to quit, plus a couple other issues that i'm not sure are bugs or simply my failure to grasp how the game is supposed to play, i still loved it! the game is a bit dark, both in theme and in it's often too dark to see the surroundings. no adjustment for brightness. often the flashlight stopped working, and again i'm not sure if it is supposed to do that or not. some of the time i could fix that by pressing Windows key then again to resume the game. i pressed Q and the flashlight came back on but not always.

my pet peeve is that you cannot save the game when you want to. it saves at pre-determined times, which i find hugely annoying in many games. perhaps i don't understand technically if there are reasons for this, but it's a big obstacle for me in liking a game. in spite of this too, i still loved the game!

puzzles were often very difficult for me, but i managed to solve everything up until now, when i don't know if there are more or not!

now to the good part: i know i like a game when i'm thinking about how to solve a puzzle when i'm in the shower or about to go to sleep. and i also can't wait to get back to the game when i'm not playing. this was the case with this one, and the creator made it very interesting.

i give it 4.5 stars out of 5. but you'll need some patience getting started and progressing at times. the controls are easy and simple. i just think it needs a few tweaks where it might have some issues like i'm experiencing. for me to recommend the game in spite of the issues, it's the kind of game i like. kind of bizarro.

so all in all, i recommend it and hope the Devs fix the rough spots and maybe tell me if i'm finished or not. haha!

UPDATE: thanks to a helpful Steam member, i found out i was not finished the game, and i was then able to finish it. i did in in almost pitch darkness, as i could not get my flashlight to work, period. the ending disappointed me as i clicked on the will <\/span><\/span> and it didn't give me time to read more than 1 line and the credits rolled. the end. but i still love the game.. I really tried to like this game but there are so many things wrong with it.

For one, the game's filter is awful; everything becomes dark and difficult to see. Using the flashlight also causes an issue in which it makes everything too bright. If you get close to an object, it barely adds any clarity for the player because of the awful filter. The filter makes sense at the start of the game and in certain spots, but that is it.

Second, making the flashlight run on batteries, having the batteries not last long at all and having limited batteries to pick up is awful. This wouldn't be too bad if the main character could adjust their eyes and have some sort of night vision (like Penumbra or Amnesia).

Third the game's story is really muddy and confusing. I still had no idea, even after reading majority of the notes, what was going on in game for the most part. Most of the notes are written in a really awful, chicken scratch, cursive handwritting that makes it really difficult to read. There is a reason cursive isn't really tought nowadays, besides learning your name.

Fouth, this game is still riddled with bugs (I think I played V2) despite it being updated and patched. I clipped and fell through the map not once, not twice, but three times during my playthrough. Do not try and backtrack in this game. The game's audio levels are awful, despite turning them down in the menu, they had very little effect.

Lastly, this game's controls are horrible. It is a chore in itself to get the main character to pick up an object or press a switch. It should be simple, when you look at an object, it should become highlighted, therefore telling the player they can press it or pick it up.

The only thing I can praise this game is the voice acting being decent and some of the puzzles are challenging and fun. Other puzzles though are just awful, one puzzle required you to know German to even understand how to solve it. Also some of the objects in this game look good, despite it being covered in a really awful filter.

So in all, just don't pick up this game. Take your money and try to find a better walking sim\/psychological horror game on steam, itch or gamejolt. Heck, I'll even go as far and say spend some money and pick up Welcome To Hanwell; a similar game but the game attempts to have combat and a clear story.. This game is a piece of junk. You get nothing but a black screen. Avoid.

Turns out the black screen gets you to the start. Terrible start. Next thing is controls don't work. Can't to on the torch and then managed to jump into a wall and get stuck.

Game actually deserves a minus rating.. When i first started off, I thought i felt VERY glitchy, But it did end up working.
You need to keep in mind that this IS a psychological game with Horror Elements..
So did it mess with me? BIG time.
But i think that was their intention...To make the player feel how the character felt..
Disoriented, confused, unbalanced..
Like your losing your mind, constantly on Edge...
And i think that protrayed it quite well.
But My REAL complaint is with the controls, I do agree that could use some polishing when it comes to selecting and grabbing, moving objects. That is SO annoying. Maybe its just me but theres no indicator, You basically gotta zoom in to see if that object is even interactable.
But overall. It def creeps the Sh!t out of me!
If you want to see what i meant with controls and the "glitches" Check out this video that doesnt show any puzzle answers: First Impression:
https:\/\/youtu.be\/DbKiV0AFVho<\/a>