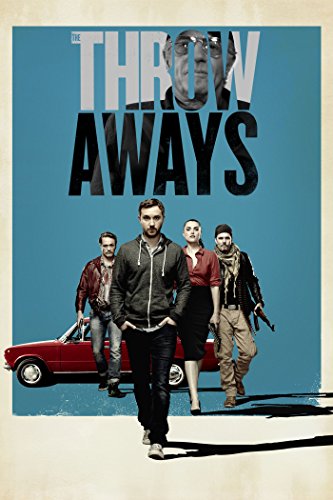 Notorious hacker Drew Reynolds is captured by the C.I.A. and given a proposition, work for them, or spend the rest of his life in prison. Agreeing on the condition that he can form his own team, he puts together a group of "throwaways", people deemed expendable, and seemingly the worst in the organization.
This is my first experience of viewing a made for online movie and was skeptical until reading the reviews. It is many notches above the made for TV assembly line trash so prevalent today.

Yes, it is an oft used plot and has the time worn action scenes but it works. The storyline is for the most part fast paced. The characters are fairly well developed and the actors are well cast. Sam Worthington and James Caan are excellent. The bottom tier agents, the "throwaways," are a little over the top but still enjoyable to watch. Katie McGrath is wonderful and lovely to look at. I am really surprised that mainstream Hollywood is so late in noticing her.

The only thing that really bothered me was when Dan and Dmitri kept referring to an RPG as a bazooka. (Hey, I had to find some fault with this movie)! Forget the low budget and just immerse yourself into an entertaining bit of film making.

Would I watch it again? You bet! Would I recommend it to a friend? I already have! Let's be clear: this is an ugly film. Many things (too many to list them) are under the common standard so I don't expect you to like it.

I personally enjoyed it, however: it's ironic (so ironic that I wondered if it were made ugly on purpose). It's full of great artists, starting from James Caan and ending with Jeremy Renner (movie's executive producer). It has a good plot (it could have been a very nice graphic novel), dumb enough to not be taken too seriously

But above all it transmits a special kind of fun, as if the cast (which was made of very well known actors such as Noel Clarke, Sam Huntington, Katie McGrath or Matt Dillon's brother, Kevin) had a really good time playing bad and good guys in one of the cheapest locations you could imagine, in Sofia, Bulgaria.
Seems to be a movie although its low production value resembles a Pilot episode and it doesn't have a proper opening credits sequence like most films do. It very well could have been shot as a Pilot but never got the green light by a network to run further episodes, therefore landing on Crackle as a complete feature length movie.