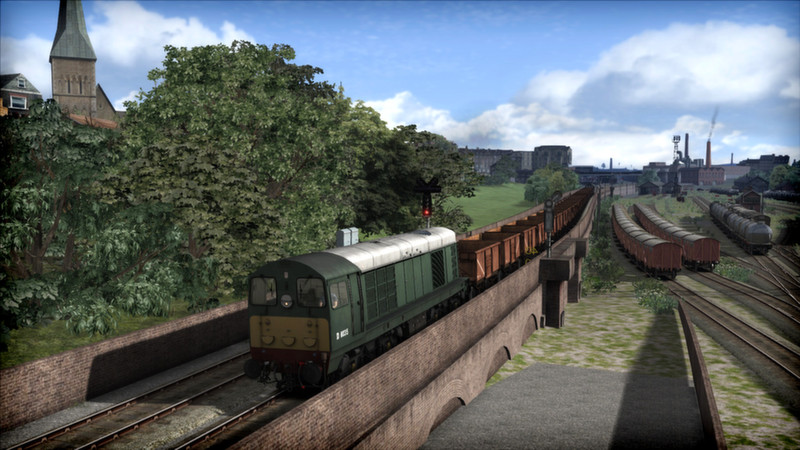 The Bo-Bo Class 20 ‘Chopper’ is now available for Train Simulator in BR Green livery, complete with scenarios for the stunning Western Lines of Scotland route.

Built initially from 1957 to 1962, and then again from 1966 until 1968, the 228 locomotives in the Class were designed to haul freight, but were often pressed into service during the summer months on seaside specials. The first batch of 128 locomotive were built with head code discs and painted in BR green with a grey roof; the second batch of 100 locomotives were fitted with head code boxes.

Known by their nickname ‘Choppers’, a name derived from the distinctive beat that the engine produced under load and resembling the sound of a helicopter, the Class 20’s relatively low power output – 1,000 horsepower – saw many operate in pairs across the British rail network. This was also due to the poor visibility caused by their long nose, which saw the locomotives run almost exclusively cab first.

As freight operations on the network decreased, the Class 20 started to become obsolete and disappeared from regular appearances on the mainline. However, many locomotives were transferred to private operators, including Direct Rail Services and for use on the construction of the Channel Tunnel and High Speed 1.

The Class 20 for Train Simulator is a former Iron Horse House model, which has been updated to Train Simulator standard, including new scenarios and improved exterior modelling. It is available in light weathered British Railways Green livery, representing a model from the first batch of Class 20s built and featuring changeable front and read head code discs. Other detailing includes slow speed control for ‘merry-go-round’ trains, cab and instrument lighting, and 16-ton mineral wagons.

The locomotive is also Quick Drive compatible, giving you the freedom to drive the BR Class 20 on any Quick Drive enabled route for Train Simulator, such as those available through Steam. Also included are scenarios specifically for the Western Lines of Scotland route (available separately and required to play these scenarios).

Four scenarios for the Western Lines of Scotland route: 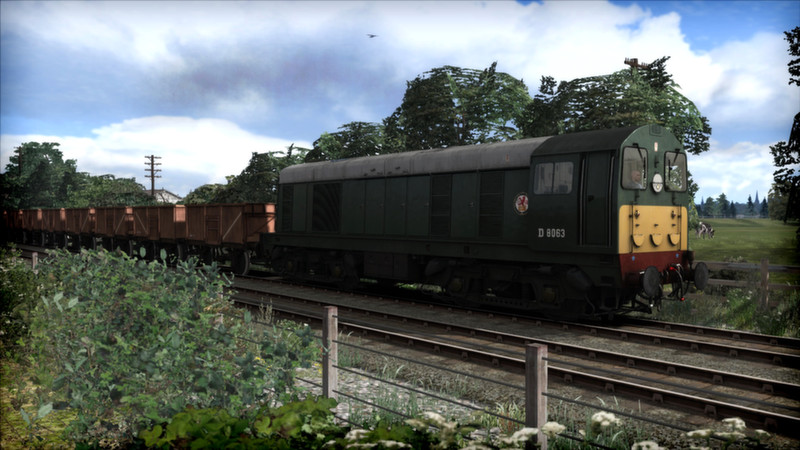 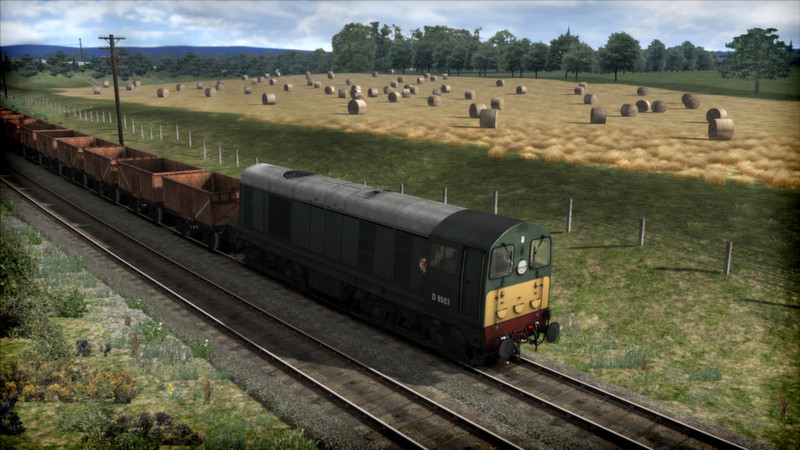 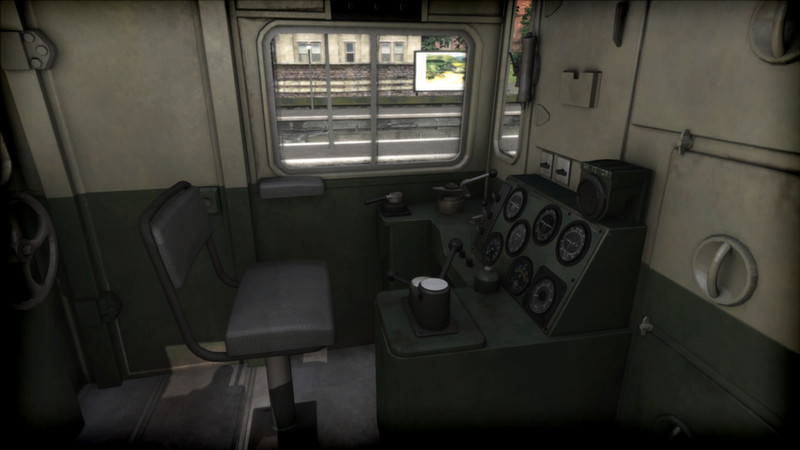 waist of money only two games to play, what a joke. the down votes for the Class 20 should be over looked as none of them give a valid reason for said down vote.

onto the loco itself. The Class 20 aka "chopper" is an "Iron Horse House" DLC that made its way to the steam store with some updates. The 3d model itself is well done and can hold its own fairly well compared to its JustTrains counter part but sadly it suffers from that same lack of detail that will always put it in 2nd place, with its lack of detailed controls and poor sound effects.

So why should you get the Class 20 on steam? One big reason comes to mind, "Workshop" if your the type of person that loves to post workshop scenarios on steam this would make a great addon. for this reason I love the little guy.

The reason I bought DTG's version of the Class 20 was it was on sale for $9.99, the loco could be found all over the place in various liveries and the visiual details are very nice. After that we hit shakely ground now. The cab isn't overly detailed with some buttons and switches missing, sounds are ok but not the best, horn is terrible, accelerates nicely but the brakes are horrible. Four scenarios are included, two career and two tutorials so you get a little over an hour content. After that it's off to the workshop to find more scenarios to play with makes the $19.99 price tag hard to justify.

Only one livery is included being the BR Green but two others are available for purchase 'BR Blue and BR Railfreight' which will open options in future. Thankfully Armstrong Powerhouse has a Class 20 sound pack ready to replace the original sounds and hopefully a enhancement pack someday to replace that bad physics.