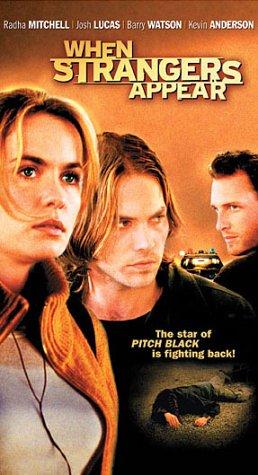 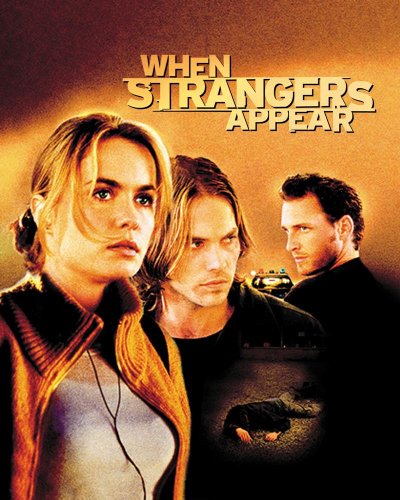 A man enters a roadside diner run by a young woman and claims he is being chased by murderers.
As day dawns on a quiet beachside community, Beth (Radha Mitchell) opens her remote roadside diner for another day of business. Enter her first customer, Jack (Barry Watson), a disheveled twenty-something who appears very frightened. He claims that three angry surfers are chasing him--but when the surfers finally arrive at the restaurant, they don't appear to be dangerous. The trio claims that Jack is a lunatic with a dangerous case of road rage, while Jack tells Beth that the surfers want to kill him. With no one to go to for advice or support, Beth finds herself in the middle of a situation that can potentially put her in great danger.
Intentionally and entirely claustrophobic, but set in the vast sprawl of the American off-interstate. It's a bit Hitchcockian. Told entirely from one person's point of view, giving you only a tiny bit more information than she knows.

It is like snapshot in time. You only get a hint of what has happened to the people in the story before it began. Enough only to give you a bit of insight into what they are doing and why. But not much. You hardly know the character's names because you don't need to.

And there are flashbacks. But so much so that it makes it painful not knowing what has happened after the scene you have been watching until you are told a couple of scenes later in a flashback. This is obviously intentional and whilst sounding like a cheap trick to get you more involved in the story, actually forces you to release any kind of expectation of what you think might happen and surrender yourself to wherever the story might take you (which actually isn't very far). Not that you couldn't guess what has happened, there just isn't any point because that information will not be relevant until later in the film.

There is no big twist to the ending or anything which is good as it would have been entirely inappropriate but the last 10 seconds with the cigarette is great. It would have been nice for me though if the film had ended with the bearded Gas Station attendant escaping with the disc and the girl dead, preserving the cyclical symmetry of the story.

I love the fact that you never find out what is on the disc. And that even though the people protecting it do not know either, they are put in a situation where they are (believably) willing to kill and die for it. If they don't know what is on it why should you? I wasn't even going to watch this movie because of it's awful title (n Germany it's called "Highway Psychos" - um, yeah...), but I'm so glad gave it a shot. It really kept me guessing. I absolutely I loved Josh Lucas in this, as I have a thing for sexy bad guys, and he really pulled it off. I also like the fact that we never find out what's on the CD. I like movies that leave at least a little bit to the imagination. I kind of agree about the ending, though, it was a little overblown and, sadly, very unrealistic - if you are drenched in gasoline, you're just not going to survive just by crouching down if the explosion is right next to you. But I can look past that as the rest of the film more than makes up for that. My favorite scene was the one with Josh Lucas and Radha Mitchell in the gas station's restroom - very suspenseful, and, to me, erotically charged (but that's just me cause I'm weird). I will definitely get the DVD, if only to find out what happens after the credits. See this movie, especially if you like movies that keep you guessing and killers who are easy on the eyes.