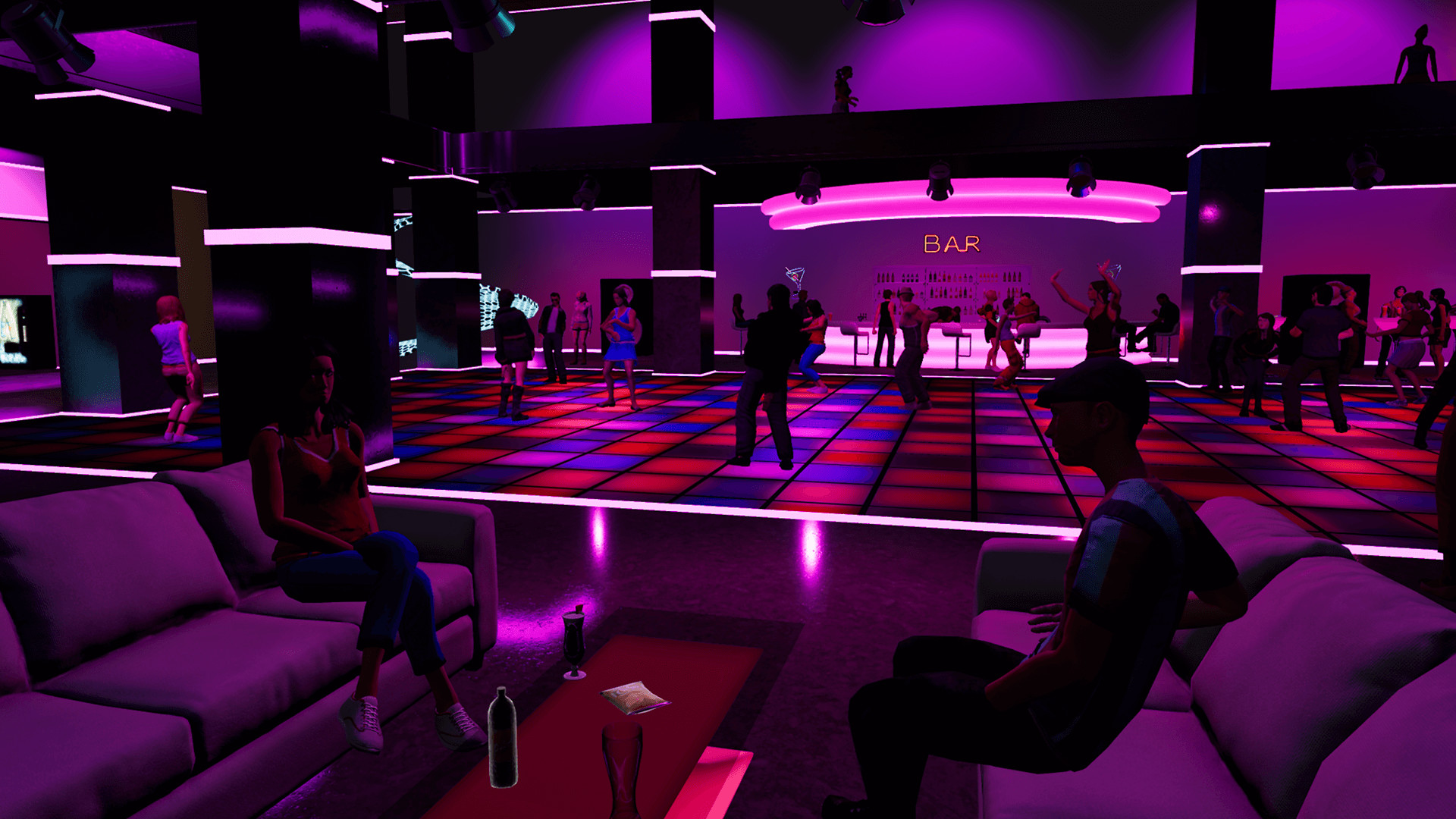 The 80s are back!
Enter the Dancefloor and celebrate an 80s club party in VR. 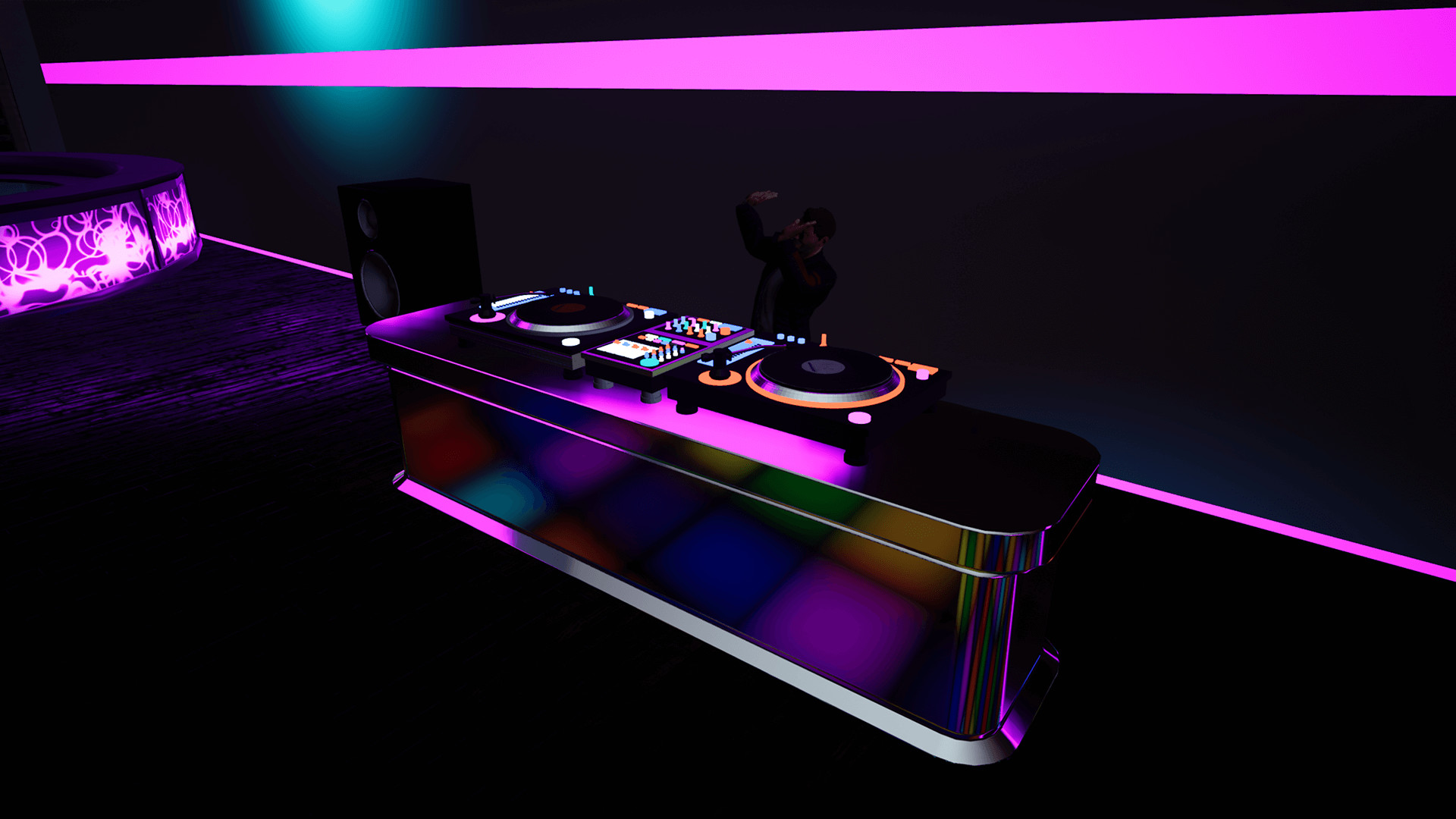 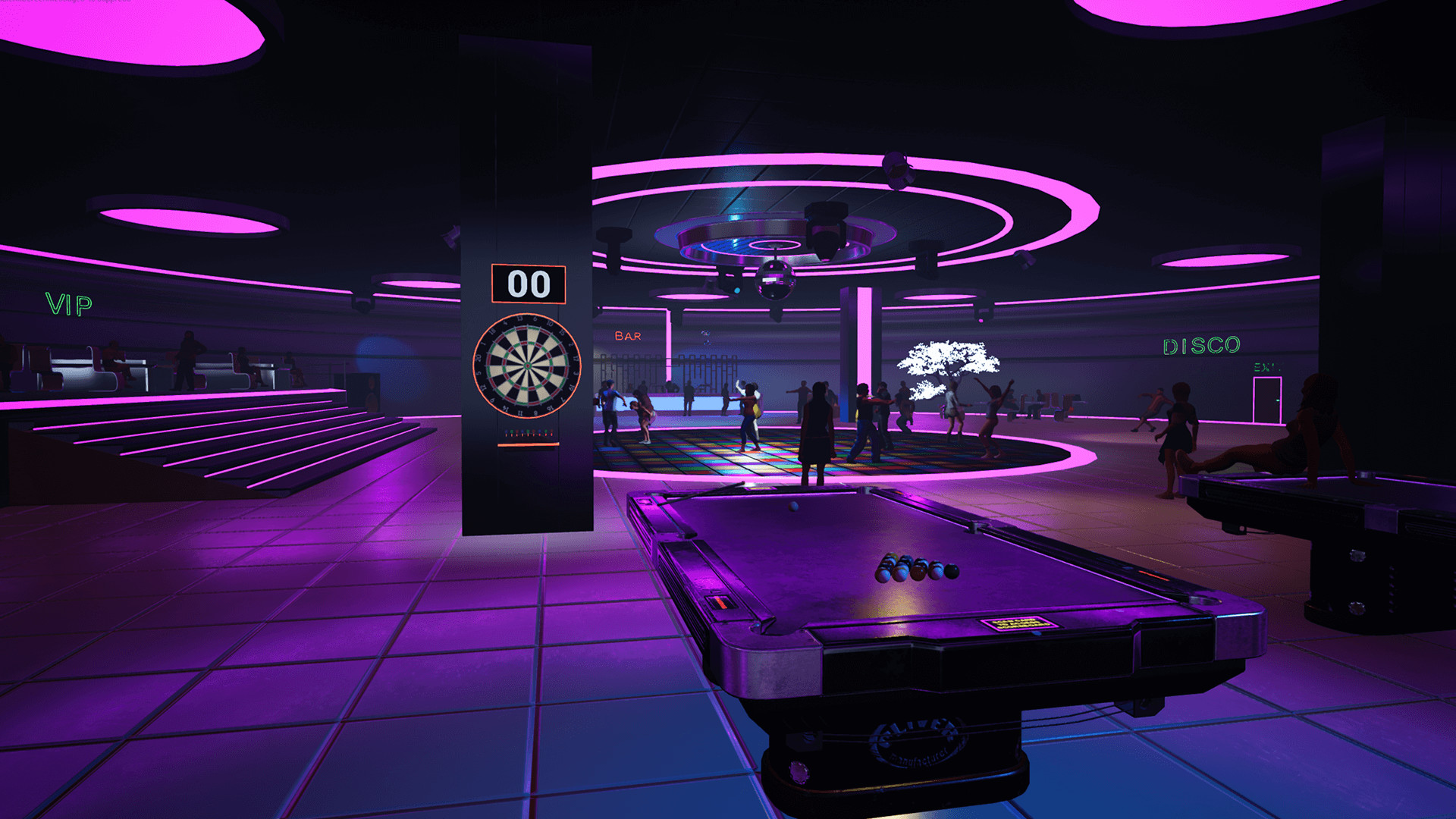 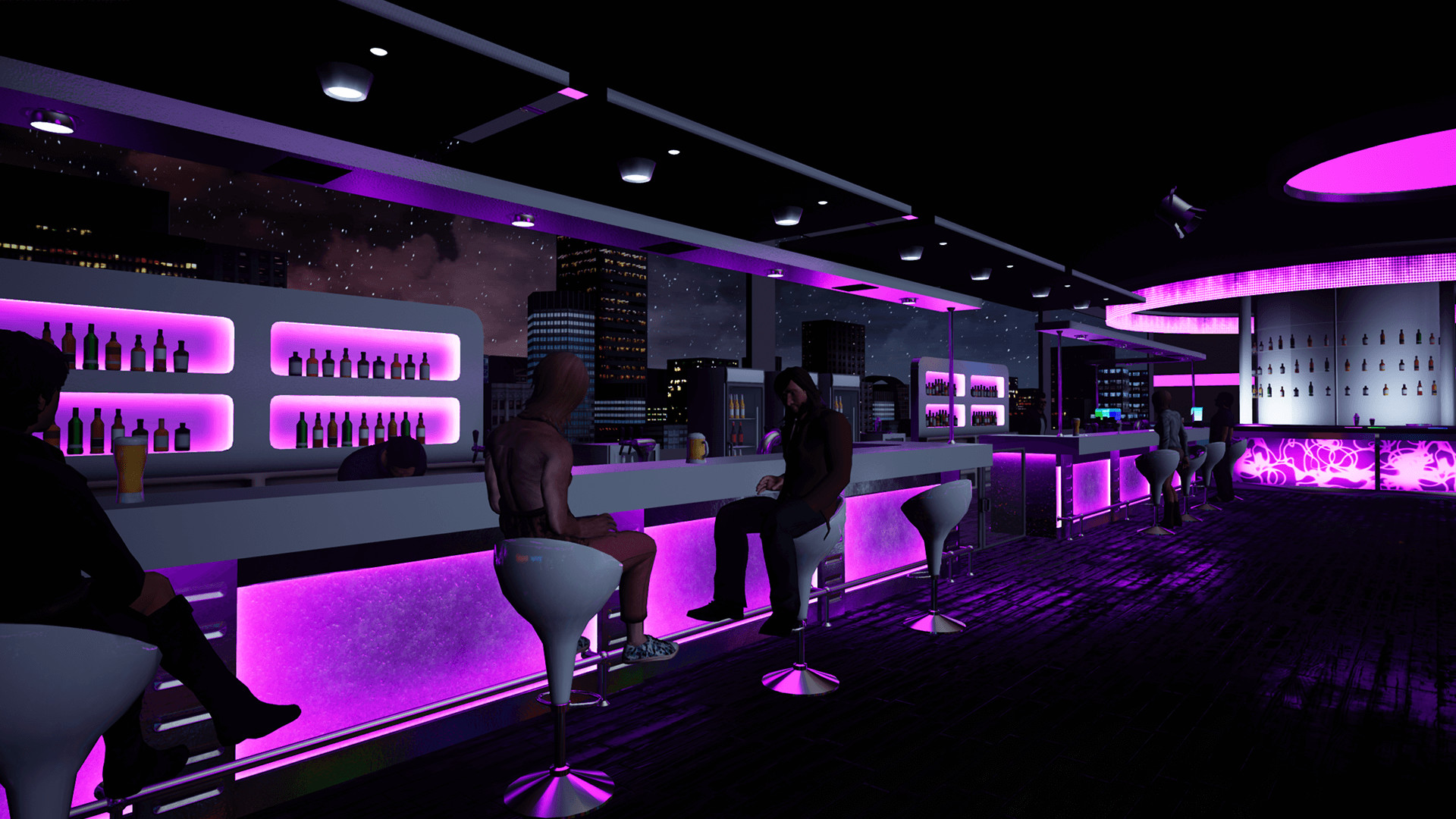 Some of the npcs are reused. In general they don't look too bad, but it would be nice if we could add\/subtract and place npcs at will.

On the dance floor there are only two girls dancing alone. It would be nice if I could go up to one of the couples and tap a guy on the shoulder so i could dismiss him and take his place. It would also be nice if when dancing next to an avatar they respond to you.

It would be great if you could sit in a chair or on a bar stool and have a drink. But you can't pick up anything in the disco. I was able to move some pool balls and the cue, but couldn't pick them up.

It would be neat if you could change venues, add\/subtract adjust lighting, furniture and props.

A dance floor simulator is what I wanted and what I got, although it is bare bones and lacking in any ambition to fully realize it's potential. For $1.99 it's hard to complain, but I'd easily pay $10 if the simulator was properly fleshed out. Still looking for dance simulator but this will be a place holder until then.

Today's patch added the ability access Youtube music from within the game so you can listen to some actual Disco tunes from time's past. This was a big add to enjoying the experience. Several graphical effects were added, as well as the ability to change the lighting or have it rotate through colors. Also included were some interactible objects like light sticks, pool balls, pool stick, and drinking glasses.

The ability to get rid of all the dancers was also added, although much more useful would have been the ability to add\/subtract individual dancers and perhaps assign a dance style.