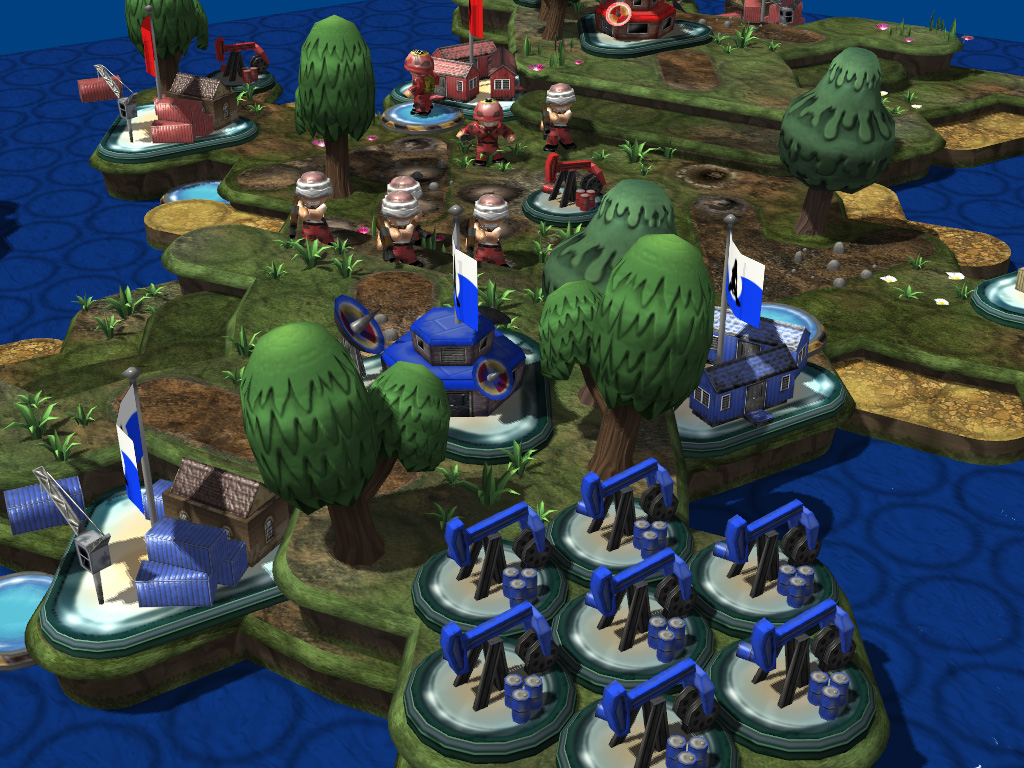 Taking military "advice" from the ridiculous generalissimo, can you battle your way through this truly massive, content-packed military campaign? Plan your missions, deploy your forces, try not to fall off the sofa laughing!

You've plenty of units to play with, covering land, sea and airborne combat. Be warned though, these funny cartoon troops are not exactly the right stuff.

Playing as "Jenkins", the hard done to lieutenant, you will need to complete the Generalissimo's wide variety of mission orders - collect resources, assassinate enemy generals, invade territory, evacuate your forces, do a bit of enemy base ownage, etc.

40+ hours of campaign mode not enough? There is also unlimited skirmish play vs the AI for quick fixes, on a wide variety of custom maps.

And there's still more - Multiplayer. You can Pass & Play on your PC, or join our thriving online community, playing head to head at an asynchronous pace that suits you. Online play is cross-platform, so you can play and/or transfer your account to other supported platforms. 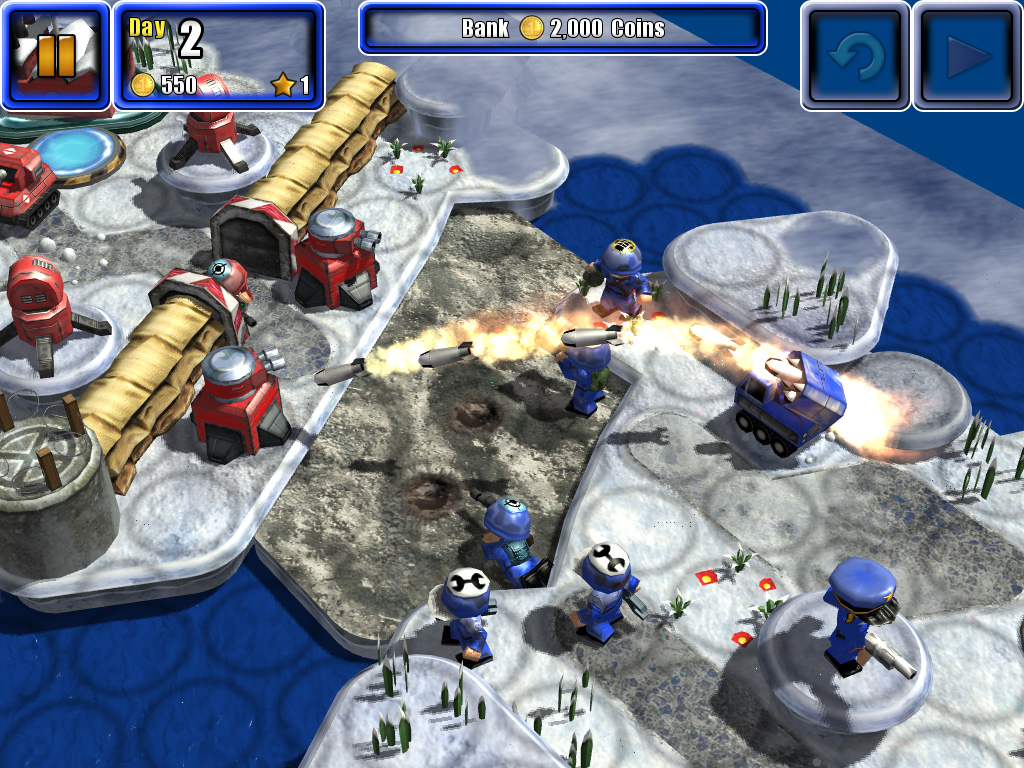 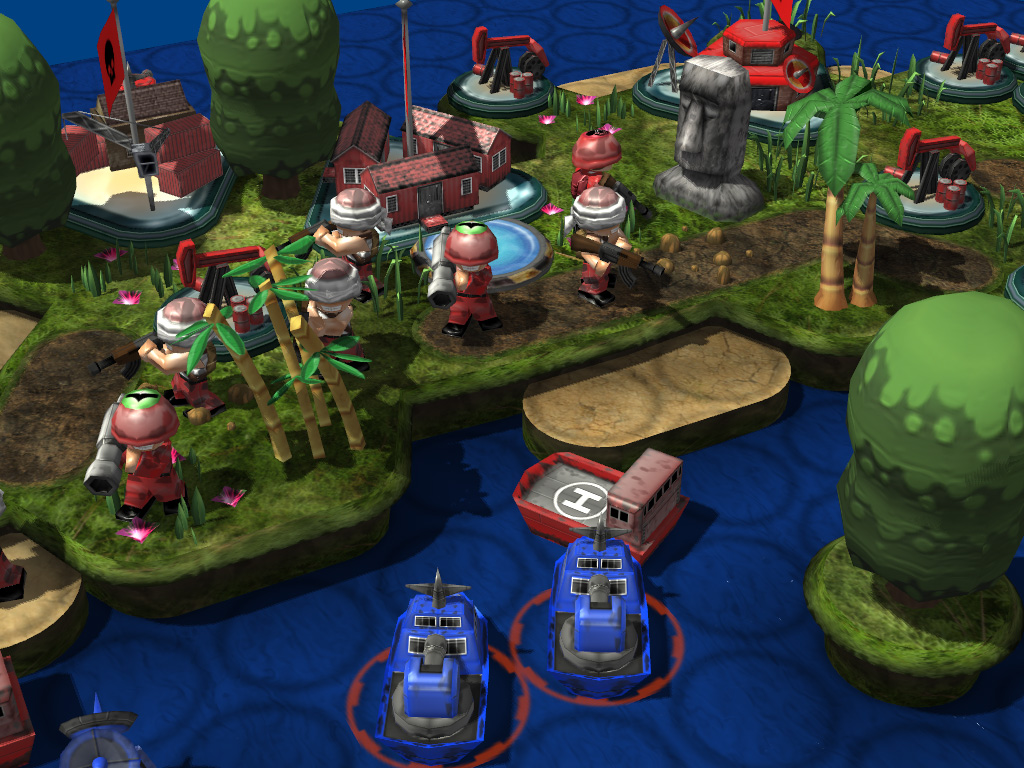 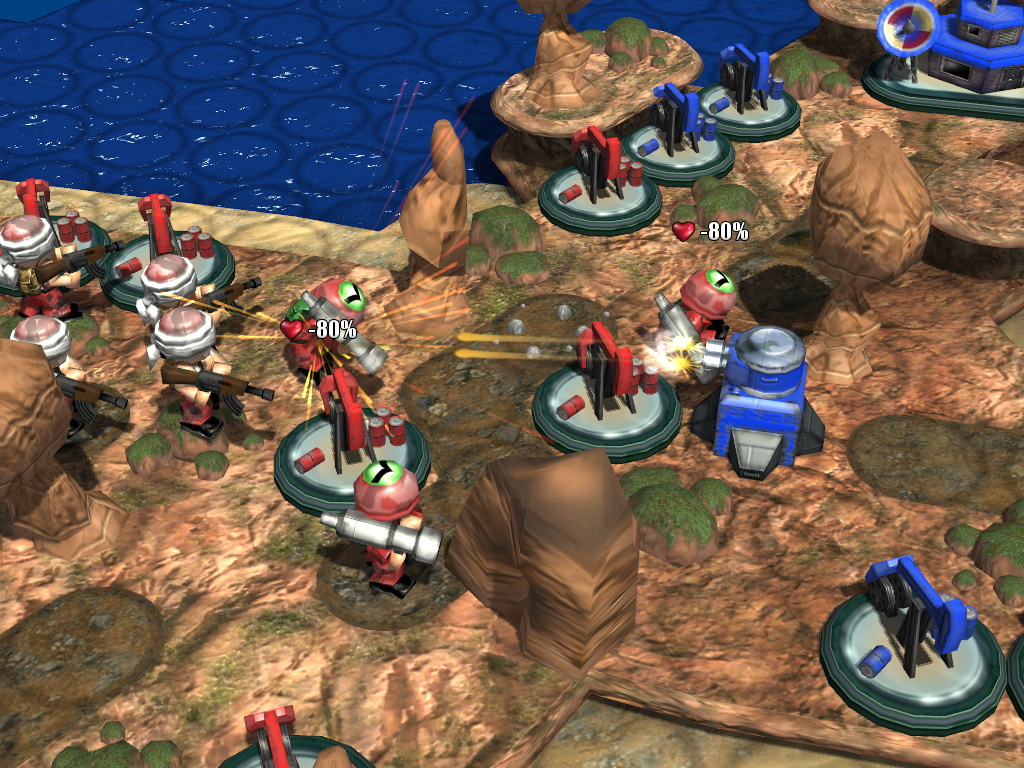 
A very well made game that may be perhaps the only functioning Advance Wars game of this generation. There have been multiple clones of Advance wars, none as successful as this one though this one isn't technically a clone of it. Still it's a fun turn based strategy game with one simple goal: Kill 'em all. And have fun while doing so. Just listen to what the little soldiers are saying as they run around the map. They also have very hillarious scientific Latin names in their own selection boxes. An enjoyable game till the next one comes out and then that one will hopefully be even better than this one. 10/10 would play exact same game with a different title again and again.. A cute lil no brainer to relax with. A great game to introduce a kid to the turn based strategy genre. My 7 year old son loves it. This game is a great way to spend some quality time with your child and get some chuckles while doing it. The multi-player system IS dated, you send data packets back and forth to each other via a lobby chat room type thing ... you take a turn, upload your turn to the server, the opponent Downloads your turn, takes his own turn and uploads it back and this continues until the game is over ..... it doesnt take long to take the turns and it isnt that bad once you get used to it. This harkens back to the early days of Multi-player over the internet and a game called "Empire" on the Amiga 500 where you did this exact thing ... take a turn ... upload it (or save it to a floppy disk back then) or e-mail the turn to a friend ..... not sure why they did it this way other than lazy programming or a lack of knowledge on the Devs part as to modern day programming techniques but it is what it is. I still think it is a great way to introduce kids to the TBS genre and my son and I love it.. Easy going game, to play when you don't want something big.. Love this game! recommend to anyone who likes to kill time and enjoys turn based combat. Fantastic game - and as you can see spent many hours of trial and error to complete.

What makes this game so great is it gets the basics right :-

- Simple to play and understand.

- Deep strategy that will keep you thinking.


In simple terms the game is like an extended rock/paper/scissors concept with units specializing against certain units. This is all transparently available at the time of purchase of new units.

Whilst the graphics are a little cartoonish they suit the game style perfectly.. it is a fun game but some missons are relly hard like misson 30 i am suck on. Fun timesink. It's a fairly addictive, very well-made, fun, casual turn-based tactical strategy game. Get it.. I picked this up because it was cheap and looked like I could waste a few minutes on it here and there. I was wrong. I've had it maybe a day and I've got 10 hours into it already. Not a bad little strategy title with a bit of humour thrown in - although some animations could be faster and the turn change animation is annoying after the first few times you see it. I'm really tired of the vehicles zooming across the screen now. But I'm being picky. This game does take a bit of strategy, but it's not all that complex and the campaign really eases you into the game with a new units being introduced at a pace that makes it easy to learn how to use them properly. Units level if you keep them alive long enough - but it seems they only level after a number of kills so spread the kills around if you can, and keep those old units alive.

Overall - 7.5\/10 - and it would score higher if I was not so irritated by little things - like the zooming vehicle turn transitions.. Fun timesink