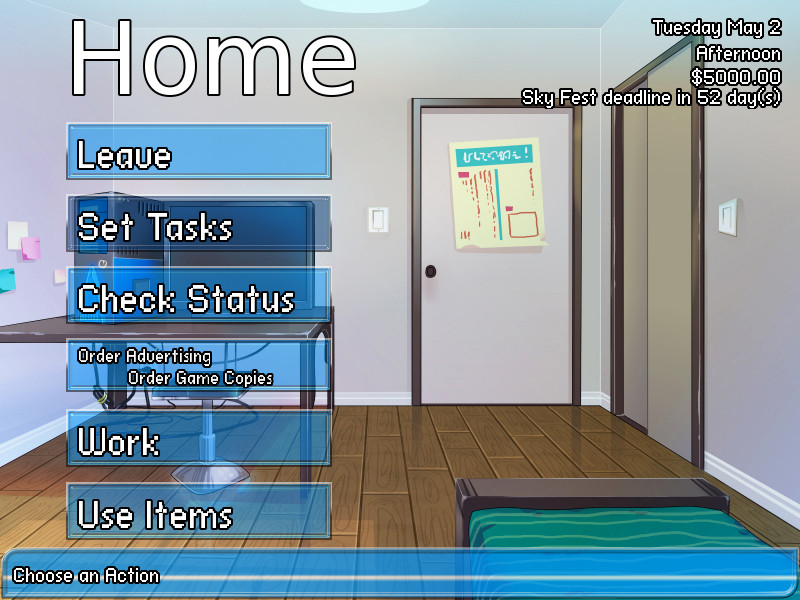 A Game about making Games! Actually care about the people you work with!

Play the role of Justin a high school student as he embarks on his dream journey to become a game developer. Having just won a programming contest he enlists the aid of Cleo the artist and Aki the music composer. How will the team grow and take on the hardships along the way? 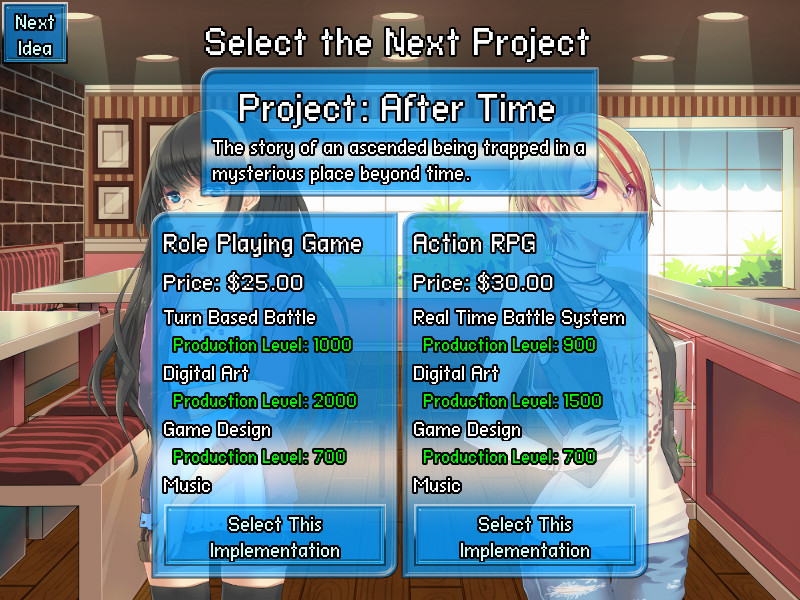 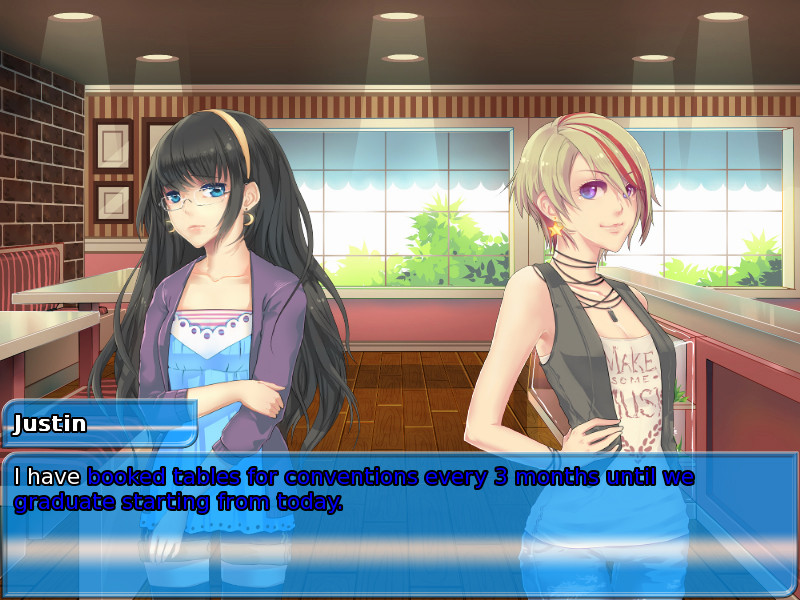 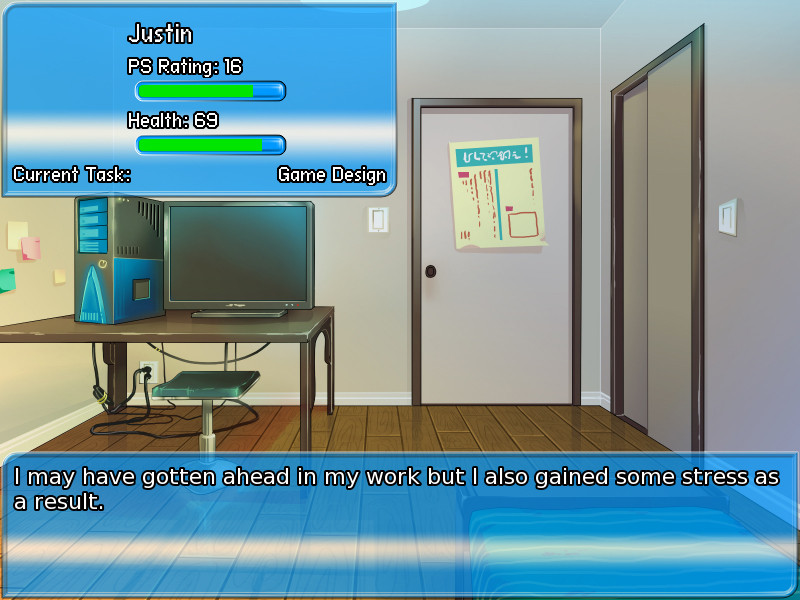 I bought this game because for $10 I figured I could waste a couple of hours, but it turns out I just wasted $10.

The red flag started when I first booted up the game and experienced no sound. So I went to the preferences section to test out the sound driver using the handy "Test" button, which did absolutely nothing,

Ok, so I figured I'd play without sound, until the game started up and music began to play. Okaaaaay. I have sound now, great. So then I see some horrid 640x480 style windows with absurdly pixelated text. Once again, I look to up the resolution. Nope, there isn't any of that borthersome technical stuff to encuber THIS (horrid) game.

Sigh, Ok. Now on to the actual game play, which is sporadic at best and inundated with an insane amount of mindless clicking of the "Work" (or repeat) button. Basically, it makes a slot machine look complicated in comparison.

The actual story line seems to be a series of sporadic (at best) random encounters with two students whom you eventually hire to help with your computer projects. You get a few basic Visual novel style choices to make, none of which seem to make any difference to the outcome of the (so-called) multiple endings.

I'd continue to beat on this game more, but it's like thrashing a dead horse. Only so much you can throw at it until you are exhausted yourself.

Do yourself a favor, and avoid this game at any price above $1.00.. Like other people already said: the story had potential, but it feels unfinished and the gameplay has issues. I found it very easy to do the tasks, there was no challenge at all. Also, the interaction part with the girls felt so shallow. I hope that the gameplay will improve in the next episodes, because really, there\u2019s not so much to do even tho the characters are making a game.

Oh, and the art style is quite pretty. But the BGM is annoying, I had to turn it off because it\u2019s basically the same song over and over again\u2026

3\/10.. It.... sure is a clicking simulator. Nice idea, nice art. To mujch clicking repeat to make numbers go off, not enough payoff for all of your clicking.. This game does have its faults and is quite repetitive, but I enjoyed it probably because I've played other games such as this. Eventually you get used to clicking repeat all the time and the system itself wasn't thought out very well, (seeing as how that pencil stick scroll ball needs to be pulled with the cursor) you will lvoe this game 100% [DO NOT] Buy! :D. Well through sheer chance i saw this game at the greenlit-alrdy-in-shop-section and since i like the topic and VNs in general i decided to give it a try.
I shall give you the pro and cons of this game and a Conclusion.

Con:
-only 2-3 musicpieces (really only 3 come to my mind, might be more but only 3 important ones)
-"gameplay" gets too easy after your 2nd release
-no way to forcefully met with the different characters (all in "seemingly" random events)
-short (got through it in 2 and a half hour)
-Only 3 real characters and a bunch of chat-"nerds"
-I was kinds dissapointed with my own ending \/\/spoiler:n0t b313ng ab13 t0 m337 4k1 and 7h3 c1iffh4ng3r 4b0u7 MC\/\/