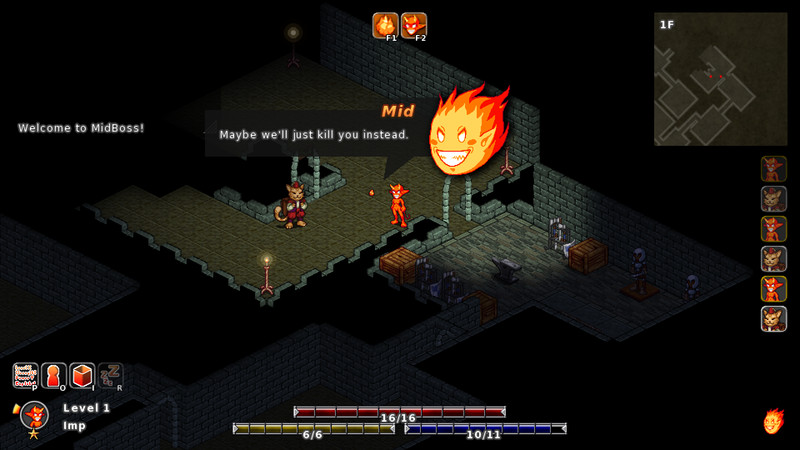 Kill your enemies, possess their bodies, and take their abilities as your own in this turn-based procedurally generated death labyrinth. You play as the imp, the weakest monster in the dungeon. Tired of being bullied by the other monsters, you set off with your sidekick Mid to descend to the deepest levels of the dungeon, defeat the final boss, and take his place.

MidBoss is easy to pick up and play if you're new to the genre of traditional roguelikes (turn-based strategic RPGs with permadeath), but still has the depth and complexity that veterans expect and enjoy. 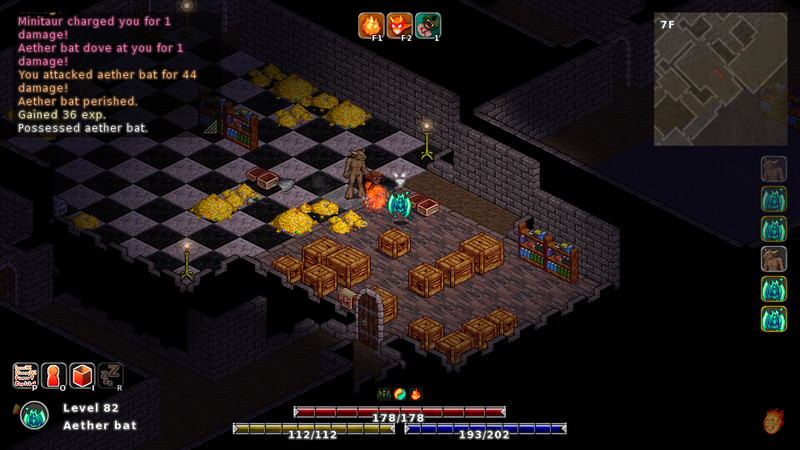 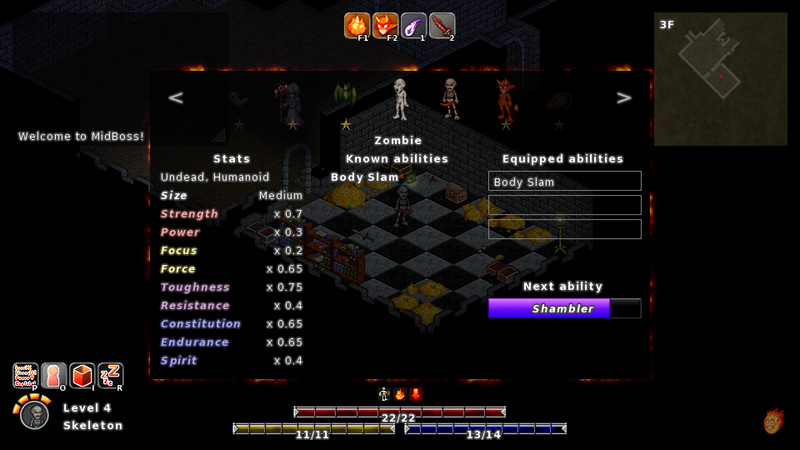 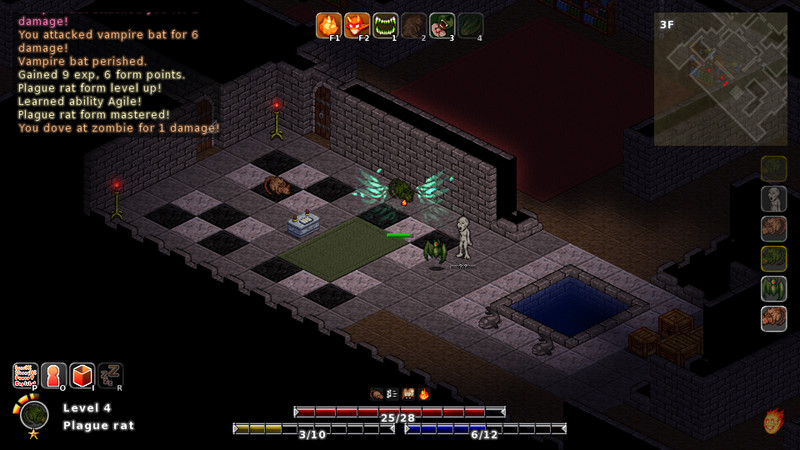 
One of the most mechanically unique roguelikes I have ever played, and even if you don't like the game overall too much, the possession\/skill learning mechanic alone is worth having a look at.

Frankly, it inspired me to make something of my own with a similar mechanic, and I cannot wait to be skilled enough in coding to make it happen.