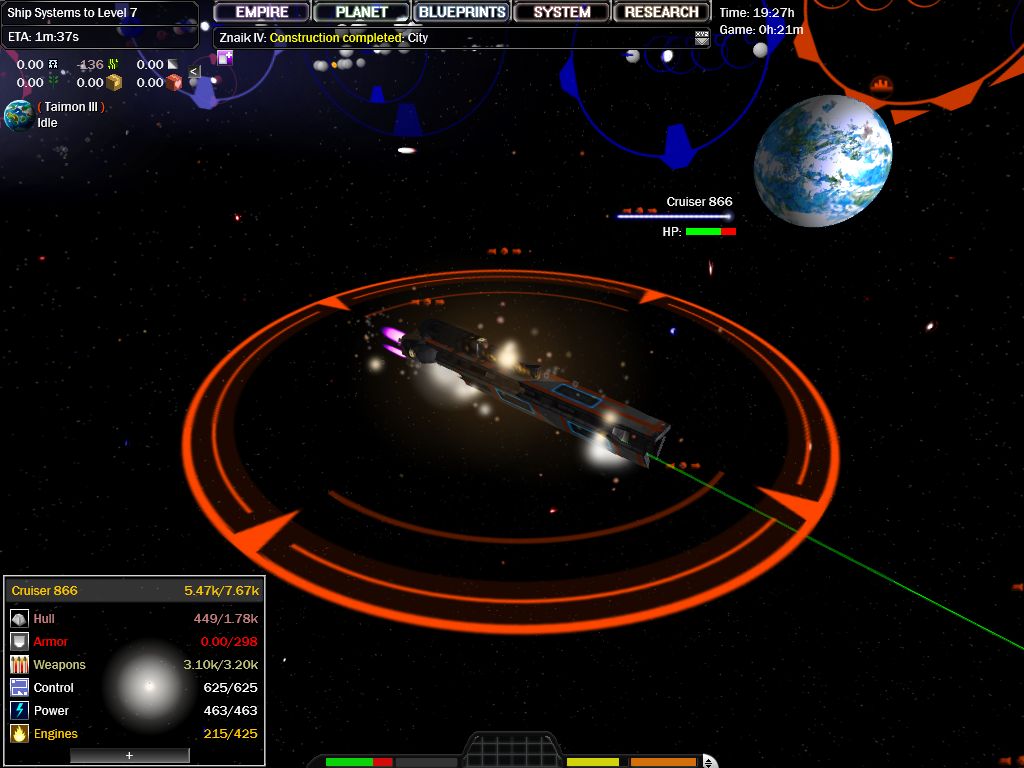 Take command of a vast interstellar empire and safeguard your species from total extinction in a procedurally generated 3D galaxy (with the option to flatten it) from 1 System to 10,000+! Prove your species' ingenuity through a deep and intricate combat system where anything (from individual components on ships to the stars themselves) is a target of opportunity.

Twist other Empires into submitting to your galaxy-class wit with diplomacy and wheel-and-deal your way to supremacy.

Research new kinds of weapons, engines, shields, and more, all of which retain their unique benefits as the game progresses, with a research web whose contents are shuffled every game at your option.

Exploit interstellar phenomena such as asteroid belts and stars and exploit them for yourself or destroy them to deny your foes. Create and destroy new worlds through advanced technological research.

Match your strategy against up to 10 other opponents (online or LAN-linked). Save the game when dawn breaks and boot it back up at dusk. It isn't over until you say it is! Drop in and drop out at any point; disconnecting players will not disrupt the game!

Your weapons, your ships, your rules: Almost the entire game can be modified through Notepad! Easily add new models and particle effects to the game with “out-of-the-box” developer tools. Create new weapons in seconds; create new AIs through scripts! The Galaxy is yours! 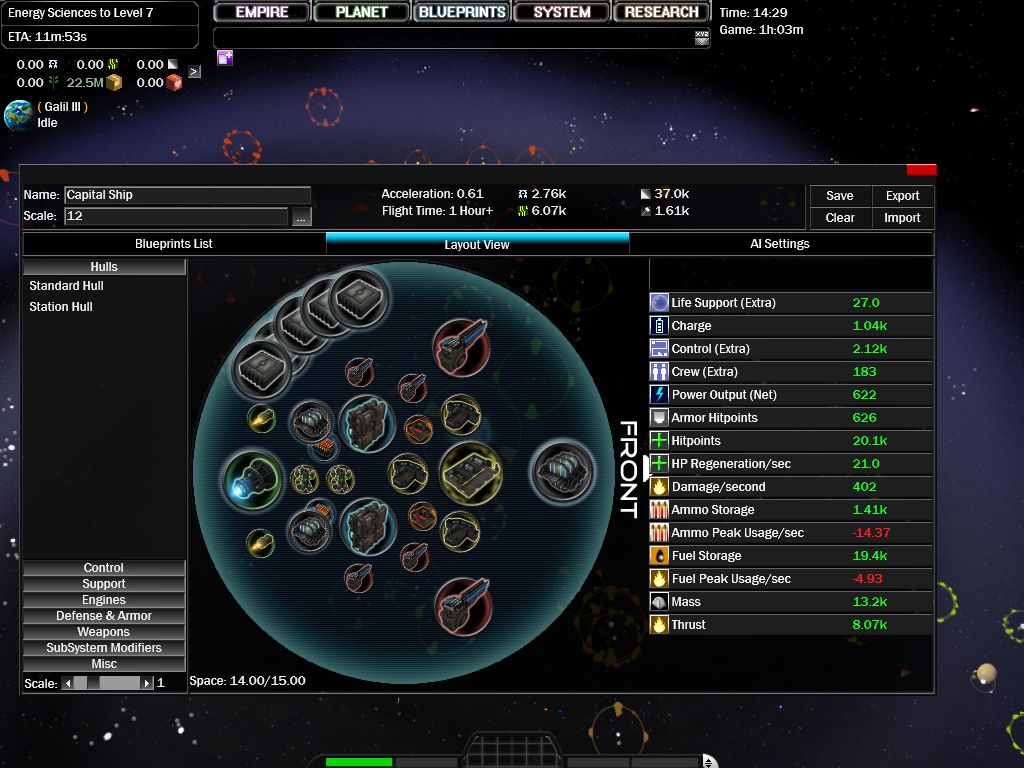 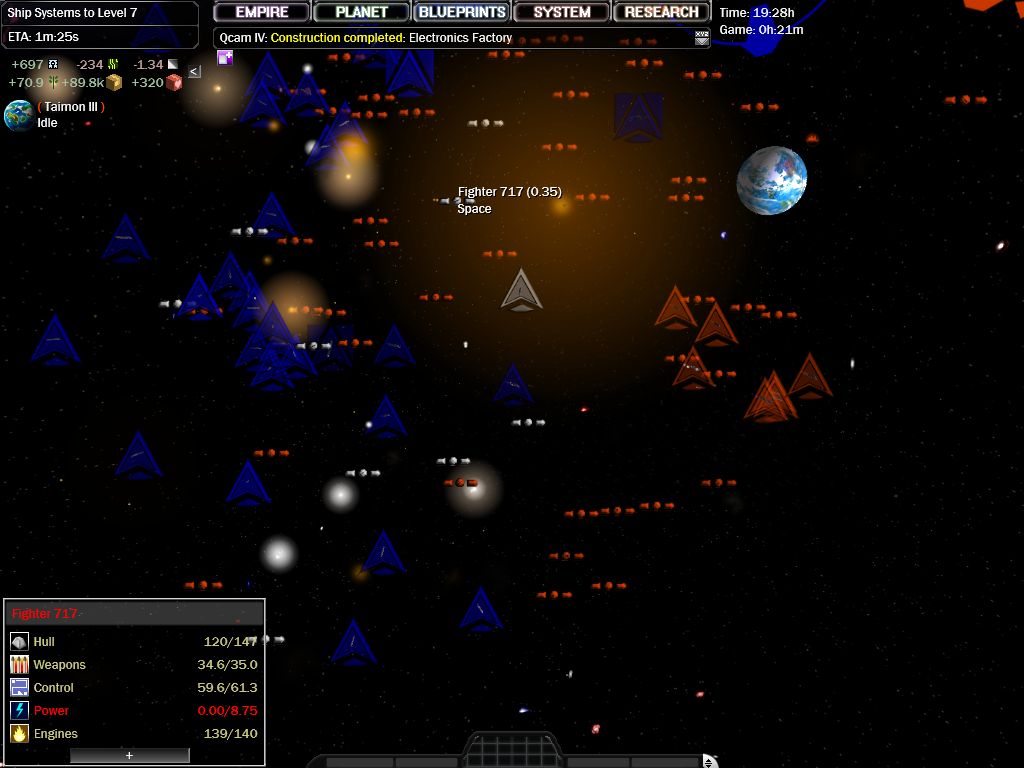 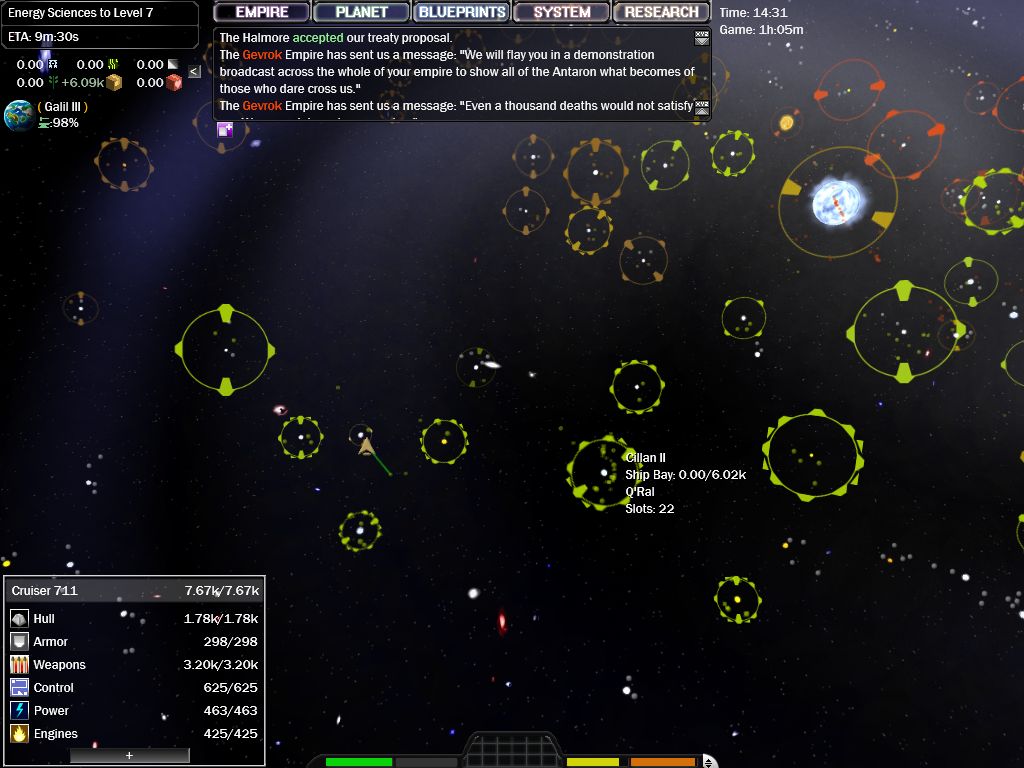 
Space is big and so is stuff you can put in space.. Game of the year. A game that allows you to micromanage, and then promptly makes it as inconvenient as possible. Since micromanagement was never going to be realistic at the scales they were going for, they might as well have abstracted it out of the game.

The macromanagement aspect of the game is simply a blown up version of the micromanagement, so it ends up feeling poorly done.. The blizzard swarmed the offices of Ironclad Games Corp. Snow was common enough in Vancouver, but no one in British Columbia had quite seen a storm like this. Sheepish developers were busy prototyping a fresh reboot of "Sins of a Solar Empire", while loved ones called in, urging workers to stay off the road and bunker down at the office. There were no races with defined playstyles, histories, or specific mechanics. No one had spent much time iterating anything but the most serviceable art assets, statistics, and tools for generating vast universes of orbiting planets and stars. The heroes and villains were essentially a blank page. The scope and ambition of mechanics bristled in the minds of developers, like the hail bearing down. It was this moment that "Star Ruler" would briefly blink into existence.

Let's talk about Star Ruler. This is a game made by fans of realtime space 4x games, which looked at cheesy sci-fi, and said "why not?" You start off creating Snailigons, the mad race of starfarers you dreamed up, and then a random galaxy of stars to rule. You decided that while whatever lessor races were getting up to, Snailigons were perfecting production, Communism, and Hard metallurgy- from a mish mash of racial and political perks. Snailigons soon outbreed the comfy confines of Orbos III, to colonize the neighboring Orbos II, and strip-mine everything else in the Orbos System.

Snailtopia would cover the stars in Orbos fashion, or that was the plan anyway. You "found intelligent life", or rather invaded a colony of spacefaring meatbags. Humans declared war, and sent a cute fleet of flak firing fighters. Your hardshell cruisers tore the never-ending stream of fighters apart with lasers, for about 2 years. Then they adapted with pesky "shields" and "rockets". Snailtopia would need to respond- it had to adapt. Thankfully, every ship can be micro-designed via technologies uncovered in your sprawling random tech tree; from scale, to crew size, weaponry, propulsion, tools, and defenses.

Clearly, Snailigons would create one unstoppable, planet sized destroyer, scorching the offending human systems into obliv... into your care. It works right up till the discovery of a second race, which promptly rips through the SA-43 Molluscan, like butter- salty butter. Now you, Star Ruler, are managing trade, adaptive war, politics, and survival across multiple systems, and it starts to feel a little heavy. You know there are more stars to manage, and who knows what opposing intelligences lie in wait there. You probably should have made a smaller galaxy to play in, and with 3 species instead of 30 to inhabit it. You know, Snailtopia's leader had a good run, but it's time to retire.

Star Ruler doesn't have the polish or intentional direction of an AAA 4x game, but it has the resources for the player to play the 4x game they want. I would recommend Star Ruler, but only with the addendum that it's an incredibly humbling endeavor, and to be sure to brush up on the tutorials.

I eagerly await what Blind Mind Studios does with the upcoming Star Ruler 2.
. Definitely my favorite 4x game, with RTS elements. The most customizability of any 4x game out there, unlimited research (you'll never reach the end of the research tree, really!), huge space battles with as many ships and planets as your computer can handle. Carriers work like they're supposed to. Satellites, space stations, good AI, and the ability to customize the game code as you see fit. Search them on Reddit, where the developers stopped in a few times to talk about their game and thank the community for their support.. If you liked Sins of a Solar Empire then you will absolutely LOVE Star Ruler. - Everything like Sins, just bigger and more interactive. You can create galaxies that contain over 10k+ Solarsystems and the same amount of ship which you can even design yourself.. The most in-depth and complicated space RTS I have ever played. Star Ruler has a really good custom ship building mechanic, with tons of unlockable sub-systems, weapons and hulls. You will feel accomplished just beating the computer AI on it's lowest setting!. If you wanted a successor to MOO, with customizable ships and updated gfx, this is a good bet!. Star ruler is truly one of the best strategy games i have played in a while..... the colonisation is fun as well as the building......if you just want to build and command ships you can as you can set the AI to build your worlds for you......all the mundane tasks like telling your ships to refuel is also controled by the AI giving you more time to play around with your tech and take over the galaxy. all in all i give it a 4/5