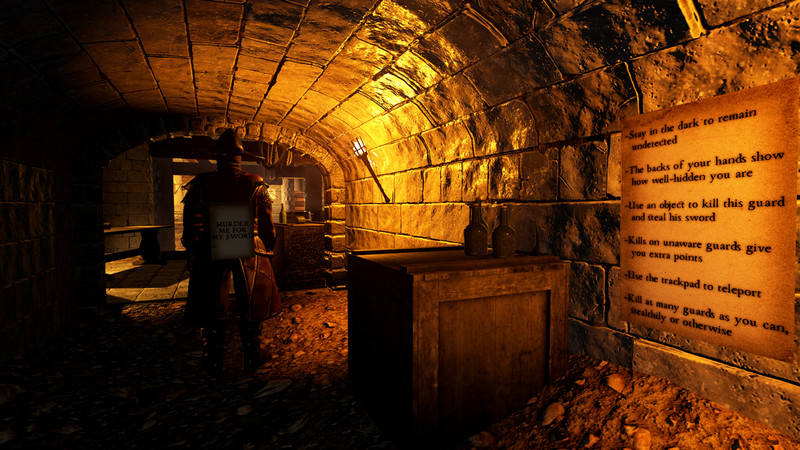 Stolen Steel is a room-scale VR arena swordfighting game. Steal a sword and fight a series of increasingly tough AI opponents in pursuit of the highest score. Get extra points for stealth kills, and compete with your friends to see who is the superior swordsperson.

Stolen Steel is a VR spin-off of an untitled non-VR stealth project from Impromptu Games. If it does well, we've got a lot cool ideas for where to go with it. a09c17d780 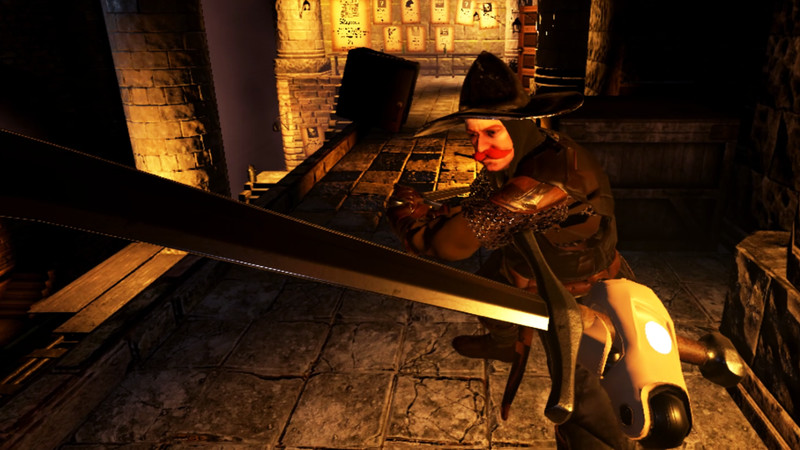 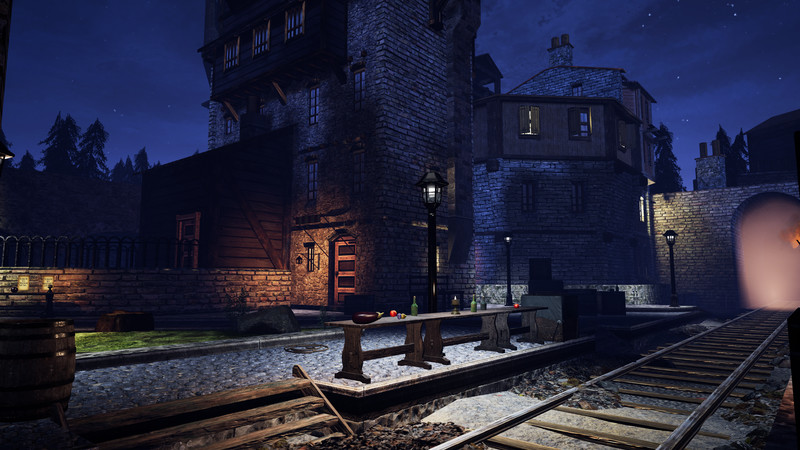 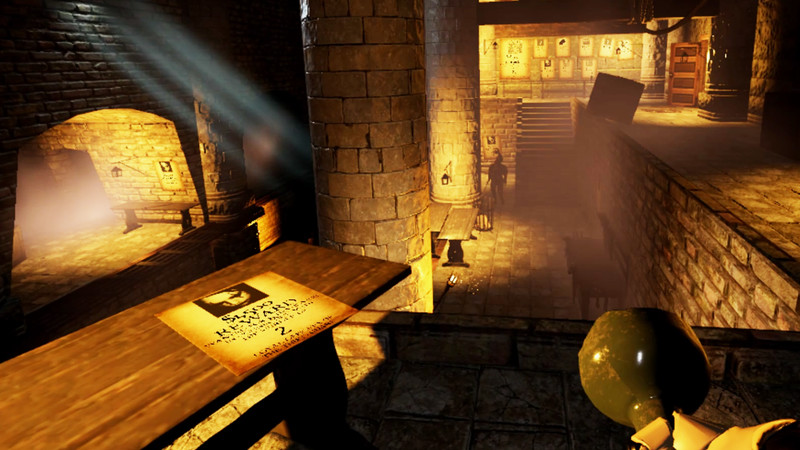 There really isn't much to say about this game. It's sort of a proof-of-concept for sword flighting, I guess. Even that, it doesn't do very well.

Cons:
A little confused why there would be a train going through the center of town in a medieval setting, it's immersion breaking and the noise is annoying.

The sword movement is laggy as hell which makes stealth and backstab on a moving target nearly impossible (which is what the game is based around). Which is weird when no other title lags on my system. I have to assume it's poorly optimized coding to capture the VR wand movements.

There is no further information about the game than what's written on the wall when you first start.

As far as I could tell, all you do is "sneak" around and kill some guards. That's literally it.

Not worth your time even for a tech-demo or something to show your friends. There are too many better games that incorporate superior swordplay out there like Vanishing Realms, Dungeon Knight, etc.. This is truly many games in one - slice eggplant a la fruit ninja, sneak in the shadows like Thief, engage in dashing and dastardly swordplay. Or, if there isn't a sword handy, beat an unsuspecting guard to death with whatever is handy: torches, bottles, or that perfectly prepared eggplant from earlier.. Cons:
Hitboxes are awful
Sword clips through enemies
Sword handling is buggy
You die randomly
Extremely repetitive
Graphics are meh (It's a VR game so that's fine)
Animations are horrible

Pros:
Low cost
Fun for 15 minutes (or is that a con?). I have just seen this game on Steam this morning and have purchased it right away!
So many VR games that are released at the moment that have one or two ideas that would make a great VR experience but are then restricted to making a very short game in order for it not to get repetitive\/boring. 'Stolen Steel' is Not restricted by this!!!
I really hope that 'Impromptu Games' do go ahead with making more content for this, as it has so much potential (So Much!). There are so many different things they can do with this, they don't even need to worry much about a story!
I could really see the game becoming a VR Skyrim\/Legend of Grimrock style of game, which would fill a big hole in the VR market.
There are so many fantastic non-VR games to compete with out there but with VR it is much easier to stand out in the crowd (especially with this little gem!).
Keep up the great work 'Impromptu Games' , I really hope that this game will keep growing! :-). Wow this is beyond basic as far as the early access games out there. The map is tiny. You can't stealth anywhere because the only form of locomotion is teleportation. The soldiers hitboxes make no sense. Parrying feels ok but handling swords are buggy overall. They seem to lag and and clip on random things. You should have only one grip\/release button having both makes dropping your weapon mid swing entirely more likely. Even for 8 dollars i feel right now there isnt even that amount of gameplay.

I will keep my eyes on it as it develops but this is not what i expected seeing the trailer and images i thought the map was bigger and stealth played a bigger factor. You can't even distract enemies with bottles.. bunch of kiss\u2665\u2665\u2665\u2665\u2665reviews here. this game is not good enough to me to recommend. buggy teleport system, and the game is slow enough paced to have a more normal movement system. weapon handling system is wonky they never seem to stay in your hand. combat is borderline awful as weapons ghost quite a bit and a weapon connection with ai send them back 10 feet out of your range. i will redo my review if this gets fixed.. This has the potential to be a cult classic. The sword fighting is really fun.
It takes some getting used to. Once you understand what the game expects it can be very satisfying.

The swords behave with physics which isn't perfect but is neat. you have to be aware of your environment while fighting.

You can equip multiple different swords that you aquire from the guards. Kind of has a Bushido blade-like vibe while you're fighting.

(My playtime is actually longer than .1 hr i was running steam offline for a bit). You enter the world as a floating pair of fancy gloves, surrounded by wanted posters and a short description of the game, in a short tunnel behind a guard with a kick me sign. As you dispatch your stationary foe and retrieve his blade, the world opens up.

I was able to yank the nearby torch off the wall and satisfyingly bank it off an oncoming train, but there was far too much light coming in to really get the stealth feeling on the first guard. Now, this could very well be a practice thing and I just wasn't doing a good job of finding the hidey holes, or it could get much beter later in the game. I couldn't tell you, because I couldn't get out of that first room...

Now, I was able to step out into the room and fight. And the fighting is very good, if the AI is a bit weak to thrust attacks and armor appears to be merely cosmetic. Again, this may be mitigated by later enemy types, but I couldn't tell you. Because the kick me sign is not the only tool pulled from the bully's handbook in this game. Oh no, they also bring you a taste of that old classic, "Stop hitting yourself!"

For some reason, Impromptu has decided that your sword should be able to cut you. And hoo boy, does it. Constantly.

The thing is, even as I was commiting seppuku through the first area, I was having fun. There's a good game in there, I just hope Impromptu can cure my character's cutting habit so I can see more of it.

EDIT: So, seems after the first update I'm not getting slashed anymore. That is a major boost to the playability!

There are still issues where the sword gets knocked out of my hand for no good reason, but the fairly quick turnaround on the slice fix really impresses me