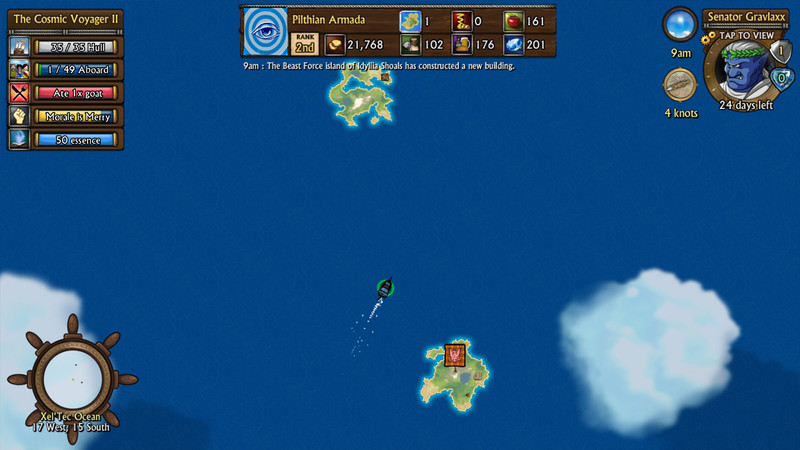 Join us on the grandest adventure of all in Swords and Sandals Pirates the latest epic chapter in the hugely popular game series! The Four Oceans War is upon us, and it is time to board a ship, set sail and claim your stake of the Tritonian Oceans.

This is a pirate themed RPG / strategy unlike any other. One part Civilization, one part Ancient Art of War, one part Monkey Island, S&S Pirates sees you control one of ten famous sea captains, compete for islands, build ships, fight battles on land and sea, duel in arenas and on masts, search for treasure and try to avoid mutinous crews on your quest to gain control of Tritonia's massive oceans.

Swords and Sandals Pirates is by far the biggest and most tactical of all the S&S games. For fans of 2008's S&S Crusader, you'll love this spiritual sequel to the classic wargame. For newcomers to the series or fans of pirate games in general, you'll find this game sometimes fun, sometimes hilarious, sometimes challenging bout always infinitely replayable!

What are you waiting for? Your ship is waiting for you, the time has come to lay your claim to the Four Oceans and become the greatest pirate captain of all. 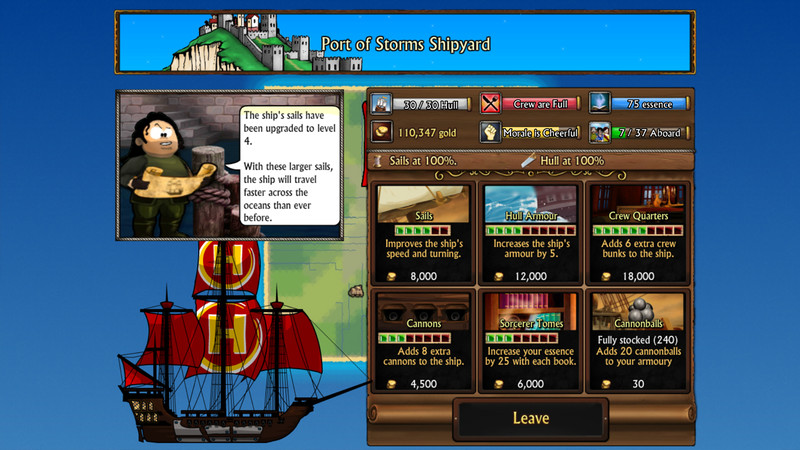 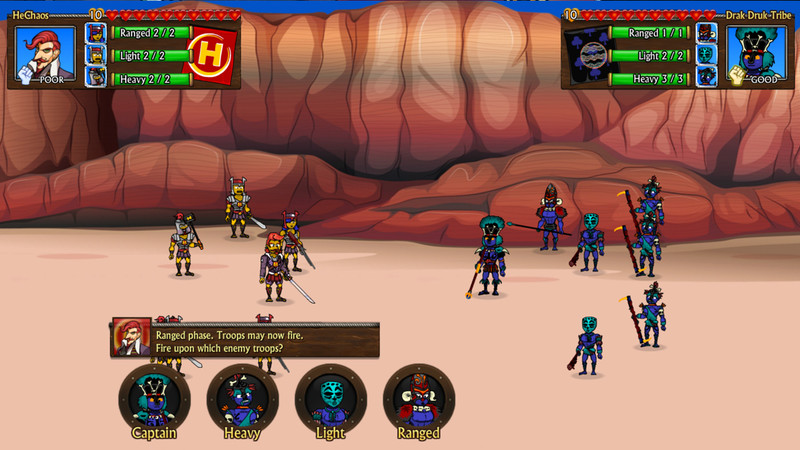 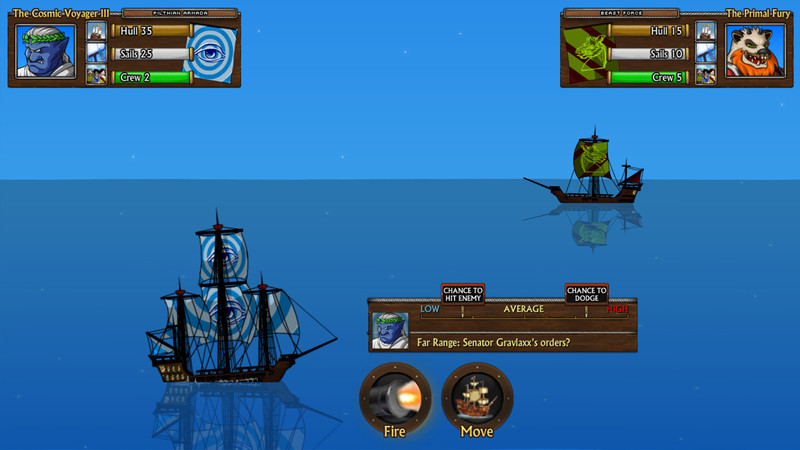 
First off, this is my first time with a Swords & Sandals game.

I guess I'd describe it as a very simplified game regarding all mechanics, fighting, gathering of materials and so on, it's all only a click away mostly. (combat has a bit of Ghostlords and similar Battle RPG's feel to it)

Sailing around the seas reminds me of Sunless Sea, again it's a simplified version as you don't shoot at anything you just run into it and grab loot or talk to the captain. (which makes it possible to trade, duel or full on attack)

At the same time absolutely everything is very hardcore RNG based, how much you find when searching for resources and so on but you can decrease it by getting the skills for fishing/exploring for instance.

If you don't like instant failure state due to losing a roll of the dice then this game is not for you as you might die due to eating that eel, you can avoid this mostly by never clicking "adventure". (which of course will mean you'll miss very nice loot...)

Issues;
Keeping morale up is quite hard, they're very easily bored apparently, a game mechanic I know but it seems a bit "off" - not sure if different crews (viking compared to X) crave different things or if it just drops X points per X. (it's not properly explained)

That is really the thing for me TBH, few things are explained, I'm not asking for someone to hold my hand through it but some things are a bit trial'n'error like what resources you'll get when gathering resources, maybe add a small icon of the game's icon. (resources comes in materials for instance, maybe a small icon showing which potential resources you can get from each "actions"?)

Outside of that I've enjoyed my time with the game, fairly silly and nice humour, simple it is but in a good way.

Extra thumbs up for a developer that clearly listens as well, always an extra plus.. Needs bug fixes badly, had multiple instances of crashes and times when the UI just disappeared alltogether making me have to quit out.

The concept is good, just needs to leave alpha state.. I think it's pretty good, It's a little bit of S&S Crusader and a tiny bit of the regular S&S. There is definitly a lot of strategy involved in this game.. Fantastic, i love it. Big fan of the series ever since I played the flash game as a kid.
This however falls way too short for a positive review. It's 1 hour and you're done with virtually no replayability.
Maybe with some updates and content addons it could be good, but until then, don't buy.