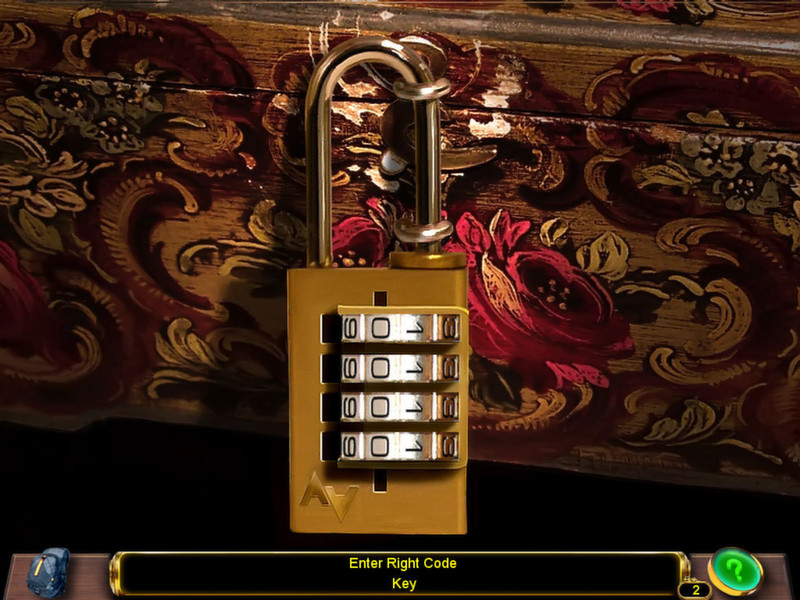 When a longtime friend contacts you to visit him with the utmost urgency, you arrive to find a troubled man haunted by visions of his recently deceased wife. When he suddenly dies under suspicious circumstances, you become the main suspect in two inexplicable deaths.

Framed for two murders, and with a tenacious investigator on your heels, you race to decipher the clues that will lead to the true killer and prove your innocence. However, you soon uncover something far darker and more dangerous than you could have ever imagined.

Stay one step ahead of the law as you enter an uncharted paranormal world to reveal the truth.

Solve daring puzzles, and play surreal mini-games as you follow your instinct to survive and find peace. With a ghostly spectre as your only ally, can you keep your sanity as you venture beyond the limits of reality? 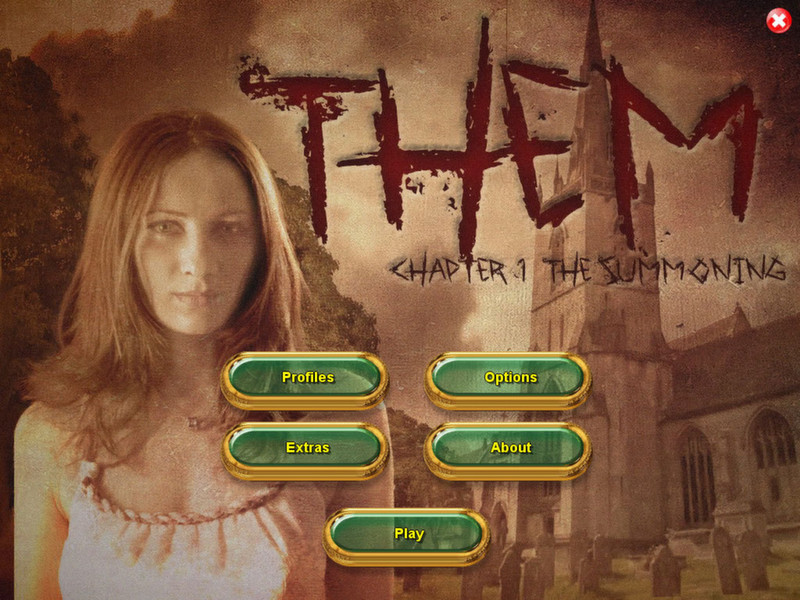 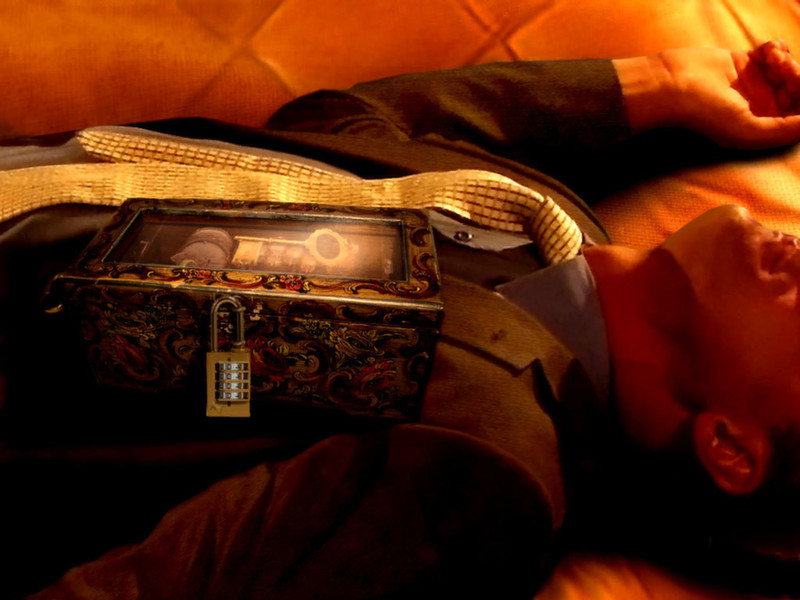 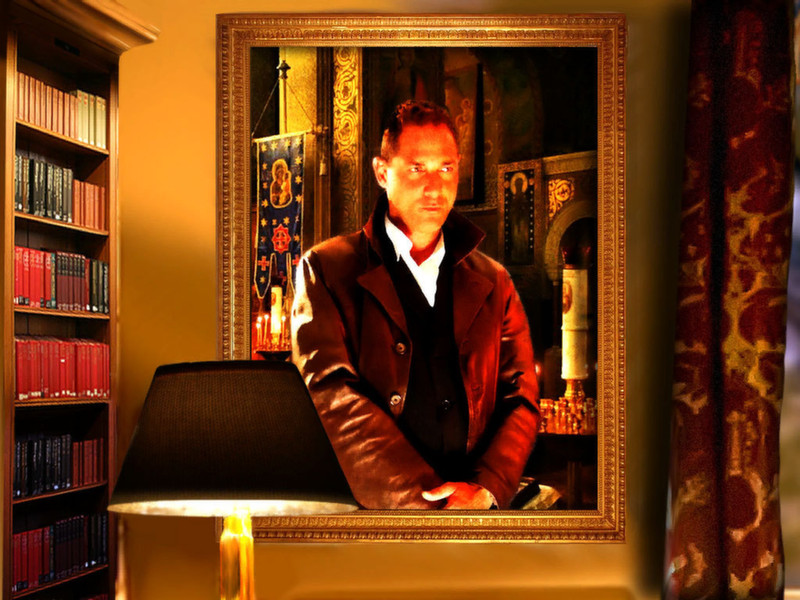 
It pains me to downvote any game that isn't broken, but considering the question is "Do you recommend this game?" Then I sadly have to say no. It has a lot of flaws that stop it from being satisfying to play. I could mention a few good things, I was surprised there were a few puzzles, some good ideas with the Hidden Object scenes like the UV and the camera. I thought they were fun. The narrative was so-so, none more cheesier than other HOs I've played.

Unfortunately, it came with a lot of negative aspects. We can excuse outdated graphics had the HO scenes been done well. Initially, it was tolerable, the first HO scene was okay. By the second scene, it was horrendous. All the objects were made to be true to real-world proportions which is a really bad idea once you put it into gameplay. It made things difficult, by the last HO scene, it was maddening. SD cards being the size of an sd card? Camera batteries? Those tiny things into a small resolution game? Awful, just awful. The same goes for long thin objects like knives, arrows, and canes. Don't get me started on looking for Alphabet letters.

There was also moment it asked me to look for pages, notes, and letters in a library covered in open books and papers. The mini hidden items search were a lot more fun to do. Each HO scene also contained drawers and places to open for more items, but pray you could even find them because they have zero prompts/symbols for what cupboards and doors you could open. You just have to click every corner of the game like a madman or use the hint button for everything.

And finally, the church scenes. Why would anyone think people have enough ample knowledge of Catholic ideology to even begin looking for the objects it asked for? The Vatican? Emperor Constantine??? At that point, I stopped caring about finding objects carefully, I just clicked everywhere. I was done. I just dreaded every HO scene. I wouldn't wish that experience on anyone else. For its price, you can honestly find something better to spend your time and money on.. This title is only chapter 1 of a 3 part story. The story is mildly interesting, however unless you know saints and bishops by sight you cannot pass the game without using hints constantly or just randomly clicking dudes in robes. The art work is decent but some of the items do not look like the description...so you must use the hint button again and again. A construction helmet looked like a school notebook with a metal circle taped to it. Overall I just kept clicking until it ended but I wasn't really having fun.. The music set the mood, I was creeped out by the surroundings and I loved the plot twist, but where the ♥♥♥♥ is the other parts and a proper ending!?. As a Hidden Object Game, it is enjoyable and it delivers. The usual find the items ploy with some smaller mini games thrown in so as to break the over repetition of the item finding. It suffers from a couple of buys (cog scene), the story stops abruptly and will never be continued as the series seems to have been cancelled, and the resolution is unchangeable making the game look very much older than it is suppossed to be on widescreens.

The hidden objects are just random things, and sometimes the things are more times in the same place, so you have to try every last one of 'em to find the right one.
Some of the items are impossible to find, because of too much stuff, and so small and argh I can't even describe it!
The story had some potential, but that it's an unfinished job, is just very easy to spot, and it seemed they were just getting more and more lazy, as time goes on, way to short game, with so many bad things, that I will not proceed.
Just keep away from this mess.. Got this in a bundle.

Gameplay - 1/10
~ Sometimes confusing, repetitive, all hidden-object puzzle, nothing else, not very good mechanic,
~ Takes a lot of focus, gets you ( your eyes ) tired fast.. Really really boring.. This hidden object game is one that follows a story, but does not have many traditional adventure elements (some HOGs are more hybrids or adventure-lites, this isn't one like that outside of following a story). There were not many mini-games. The scenes are interesting along with the story. Decent music. Funky scene transitions remind me of a 70's low budget horror movie.

This is listed as "part 1" and so the story does not resolve at the end. It is also a tad shorter than some other HOGs and does not include a bonus chapter or an Unlimited Mode.

Each hidden object scene contains ten secret items (hover your cursor over the start to see what they are). You do not revisit scenes generally so if you want to find the secret items, you should find them right away.

Overall I liked the game but did find it difficult finding some items--they can be small, and some objects you are supposed to open or move to expose other items do not give a visual clue such as a cursor change.. As a Hidden Object Game, it is enjoyable and it delivers. The usual find the items ploy with some smaller mini games thrown in so as to break the over repetition of the item finding. It suffers from a couple of buys (cog scene), the story stops abruptly and will never be continued as the series seems to have been cancelled, and the resolution is unchangeable making the game look very much older than it is suppossed to be on widescreens.

6/10. Wish I looked at the "Mostly Negative" reviews before I played this garbage. I love silly hidden image casual games, but this one was horrible.

To start with, it's very short, and only part 1 of 3 so you don't even get a whole story - not that the story's any good to begin with.

Then for the gameplay, you can either think of it as "very difficult" or "stupid and impossible" - some of the things are too generically named, or just a few pixels shown in the image. Definitely not something grandma would want to play.

Every few stages there are ways you can interact with a stage, like opening a drawer, but there's no indication of that other than clicking around on things that "might open". And if you don't do that? Well you have no chance of finding the items behind it. Luckily there seems to be no penalty for clicking around a lot or using hints, other than it tells you to slow down.