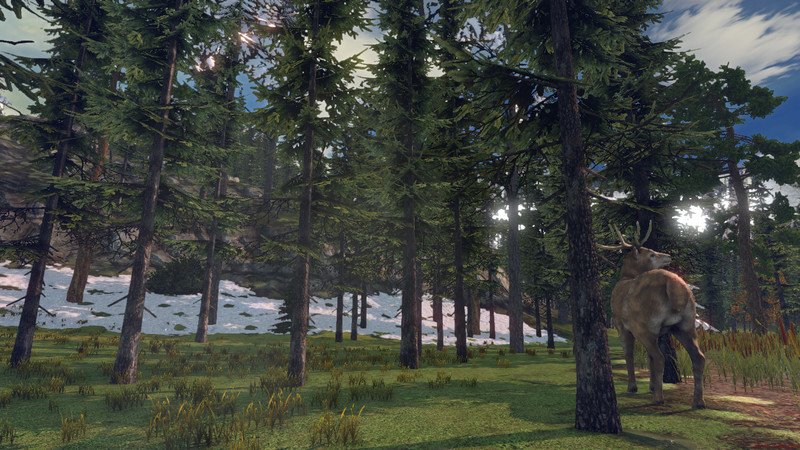 
Unsettled is a short story about how Guls, the bear wandered through the wild forest. The game is all about you and the vagaries the nature offers.

We will take you to a harsh land – the wild and poorly studied places in the North. Take a deep breath and dive into fascinating adventures and the story of animals, forced by chance to travel together. The charming, majestic landscapes of northern forests and mountains hide many dangers. Will you be able to survive in this inhospitable world? 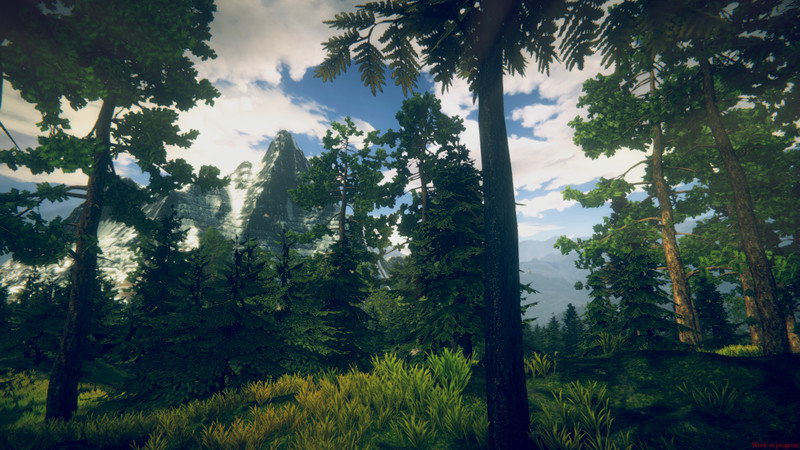 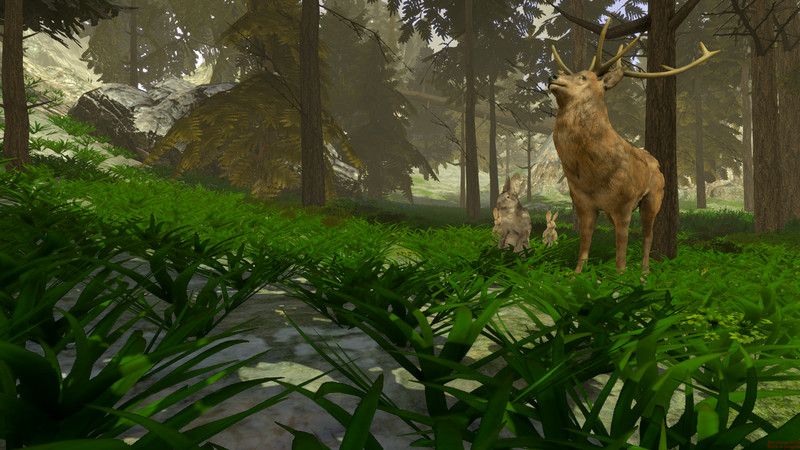 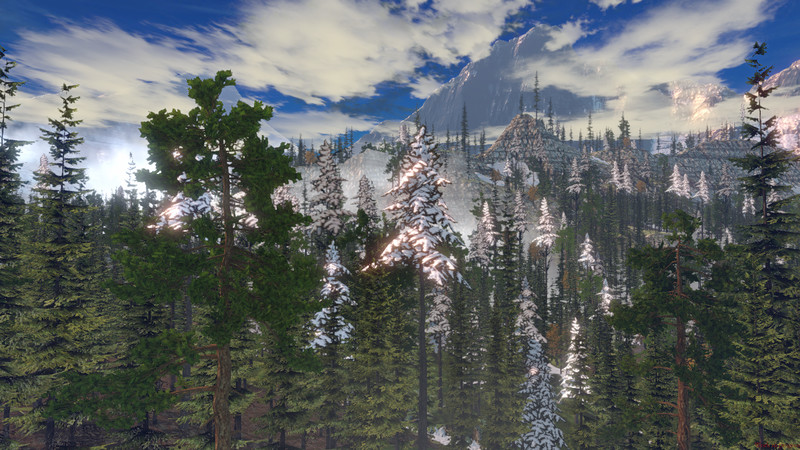 Okay, I'm not usually one to review, let alone do so just to complain, but oh buddy. I guess I thought this was a different game when I bought it? I thought it was your run-of-the-mill survival game, but it's basically Shelter but with bears. Until this game gets some much-needed attention, I'd just play that instead.
I got about fifteen minutes into this before I just couldn't play anymore. Some issues are more forgivable than others, but the starting area is just too big for its purpose, there seems to be a limited understanding of what bears are actually like, and oh god, the text. I'm a copyeditor, and I'm trying really hard not to be pedantic, but the script\/directions need some serious attention.
Pro tip, devs, if you're listening: 'satiety' doesn't mean what you think it means. It's like saying "happiness" in place of "happy". Calm down with the vocab lessons and just use "full".. This game has potential...

I bought this game the day it came out but unfortunately I can\u2019t recommend it in its current state. There are several issues with the game from; graphical bugs, crashes, strange proportioning, and many other things. I think if this game gets a few more updates it could be presentable but I simply can\u2019t recommend this game to anyone. I will keep my eye on this project and see if it gets better though! ;). Wow, what a waste of money..... I love the idea of the story. But this "game" has been released as alpha on Steam way to early. There are so many issues that I can't even begin to list them all. I'm a very forgiving person when it comes to indies and alpha releases but the current state of this is unforgivable. All I can say is dev(s) please please please view www.youtube.com\/playlist?list=PLhyKYa0YJ_5BkTruCmaBBZ8z6cP9KzPiX\" target=\"_blank\" rel=\"noreferrer\" >Extra Credit<\/a>. I will continue to monitor the development of this game because I so much want to be a little bear discovering the world.

Edit: typo. INTRODUCTION<\/b>
I\u2019m not prepared to rag on this title. Even though there are some glaring mistakes, poor inception of design and ideas, there IS something here. The voice acting of the narrator is good, sound effects are good. The overall application of the story is good. What lets this game down is the poor understanding of the subject matter (Brown Bears), the Graphics used and the subsequent poor Level Design.

LET\u2019S TALK BEARS - URSUS ARCTOS<\/b>
Below is an extract from \u2018Digging a Den\u2019, which can be found at:
h t t p s :\/\/w w w.bear.org<\/a> \/ website \/ bear-pages \/ black-bear \/ hibernation \/ 20-digging-a-den.h t m l
\u201cNot all dens are like this burrow. Some are in rock crevices, hollow trees, or brush piles. Some are under the upturned roots of windblown trees leaning 45 degrees. Others are under the trunks of down trees that are held a foot or two off the ground by the root mass. Some are simply aboveground nests. A den, loosely interpreted, is where a bear spends the winter.\u201d<\/i>

Further, an extract from the book \u201cWild Furbearer Management and Conservation in North America\u201d, from contributing author C.J. Jonkel (pages 436-473) which states;
\u201cThe den is just large enough for the individual bear or for a female and her cubs or yearlings\u201d<\/i>.

This is so heat loss is kept to a minimum. Together with the dimensions of the cave, the inclusion of bedding and the position of the entrance relative to the surroundings and weather, you can begin to understand my objection to what appears in this game.

LEVEL DESIGN<\/b>
Taking a closer look at Bears on a whole \u2013 and this IS what this game is trying to achieve, you begin to see how ridiculous the Start Area is. It\u2019s just too big. If the Devs just kept it realistic, with the cub pushing a snow drift away from or clearing a collapsed entrance way to escape the den would be much better.
Instead of deleting the start area as it is, simply remove the roof, and swap the roots out with trees. Viola! You have an extended start area with a more realistic beginning to the game.

BARRIERS WHICH DEVIDE<\/b>
One last thing. I'm a PC player, so I have a big HATE for Invisible Barriers - like I REALLY hate them. These bug-bears are usually associated with one of two things (or both):

Firstly - Port-over From Console<\/i>.
Since Console games generally have very linear level design, console players accept these barriers as less a nuisance and more an aid to keep you on-track.

Secondly - Poor Level Design and Stupid Object Placement<\/i>.
Basically, the Devs are TOO lazy to fix the game by adjusting the placement of assets (trees, buildings, fences etc) and just Band-Aid the problem with these instead. Devs place Invisible Barriers so that players stay on the map.

So, why do I hate them so much? For BOTH<\/b> of these reasons. What really chaffs my ar$e though is when you buy a AAA title which has a list of play testers included in the Credits and you still come across these or worse. What do play testers do other than play a game before it\u2019s released?

FINAL VERDICT<\/b>
In just the small time I played this game I could see many areas which need improvements. The obvious question is this - why was this game released as Alpha? Clearly, it\u2019s not at that stage yet. Was it released to raise funds for further development, or to pick our pockets clean?
Unless the Dev\u2019s can take on board these few criticisms\u2019 ...