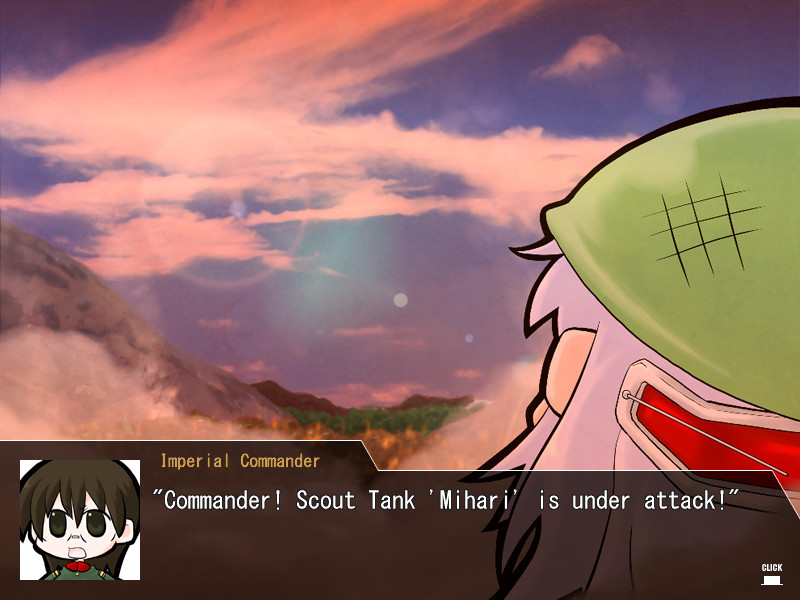 In 'Japon', a country bearing a close resemblance to modern-day Japan, 'Human Tanks' have been fighting a sequence of wars against each other. Due to the reduction of 'radiotoxic particles', their fuel, their era is considered to be about to end. While their end comes to one tank after another, the very final war of Human Tanks is on the verge of beginning.

Seek out, charge and self-destruct to destroy your enemies in this strategy game!
Lead your Human Tanks and complete your missions!

This is a strategy game where you control Human Tanks - human-shaped tanks - and fight against other Human Tanks on the side of the hostile country.
Scout out the enemy and plan your strategy, but remember that your tanks will go down in one hit and be lost forever.

Story
The land of Japon has been split in two and thrown into war by two nations, the Empire of Japon and the Kingdom of Japon, who use biological weapons known as "Human Tanks" to fight their war. But now the war between these two has turned into a proxy war between the Human Tanks themselves.

The stage is a land not unlike modern day Japan - the land of Japon. The Empire of Japon and the Kingdom of Japon, two nations locked in war for an age, have finally agreed to a ceasefire to end the bloodshed.

To improve relations between the two countries, and due to the decrease of the radiotoxic particles that the Human Tanks use as fuel, the tanks themselves are about to disappear from all of Japon.

Our hero, Yatarou Shirahase, acting as an officer in the Imperial army, is dispatched on a mission to subjugate the Human Tanks. He must now battle an enemy of the same make as his own beloved company of Human Tanks. a09c17d780 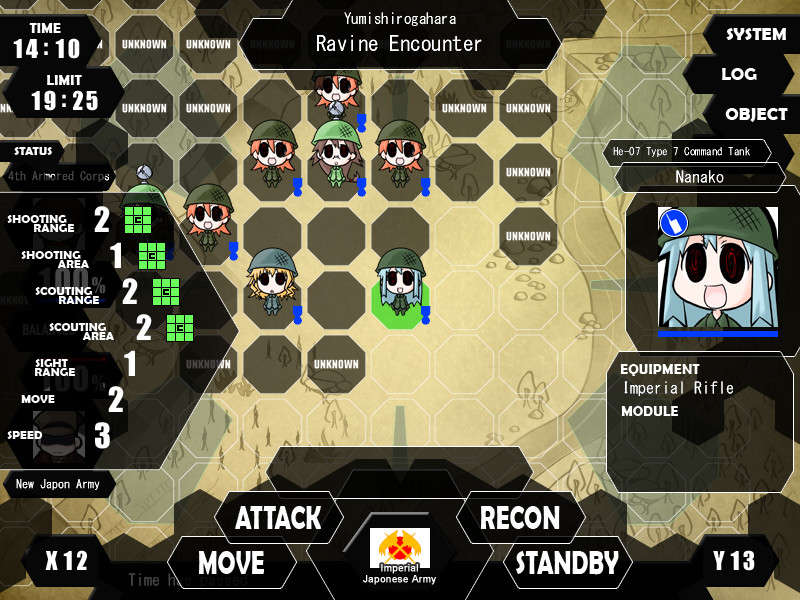 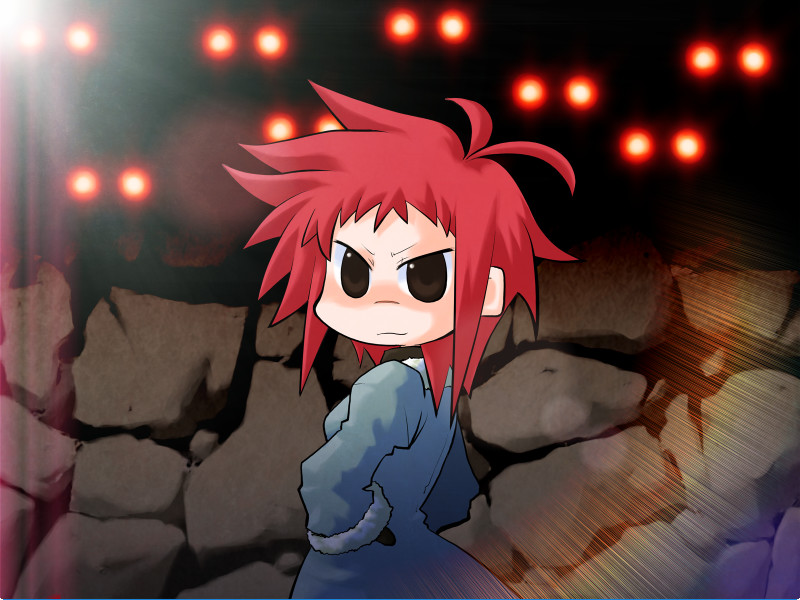 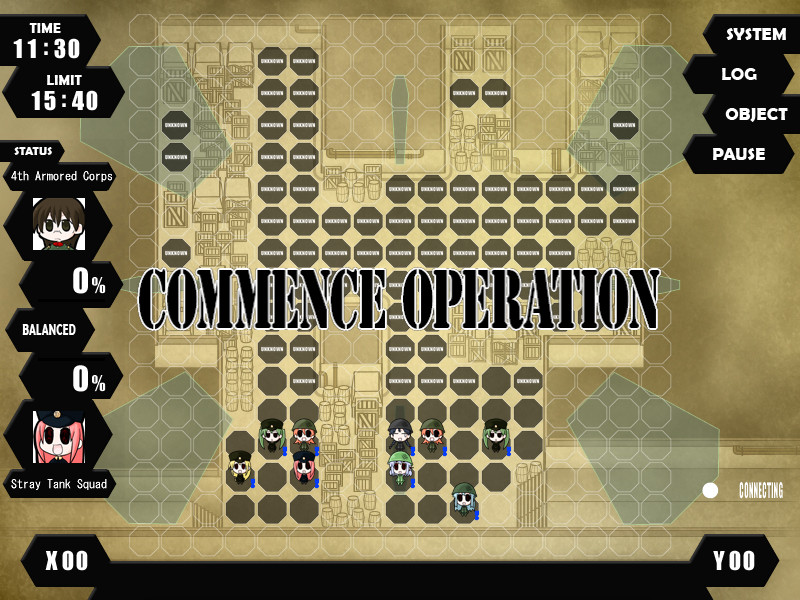 Just like the original this is an excellent turn based strategy game courtesy of doujin developer Yakiniku Banzai.. The third and the last game of Human Tanks trilogy. Not as good as Alter, but still a nice game.

While the mechanics stay the same, for each mission you have a set amount of tanks to choose from. So there's no more developing tanks and modules for your liking. For like half of the game it's really annoying, since the enemy is always stronger and you don't have access to the quick scouts or assaults tanks which otherwise you could develop in previous game. Because of this, you have to change your strategy for this game. In pevious titles you always wanted to rush in and kill the enemy before he kills you. Here you have to take more cautious approach with multiple scout tanks (no Koharu for you!). Of course, you will still sometimes lose because of random Shock tank blowing up in your face or stray artillery.
Late game and bonus missions are much more interesting - you have better units, although not too many, so you have to plan ahead the deployment, etc.
The addition of Limits and mission ranks is nice, but not really a gamechanger.

Overall, if you liked the previous Human Tanks game, you will almost surely enjoy this one as well.. Decent game. If you're new to the WotHT series, it's great and I highly recommend it but this is the third game in the series so feel free to check out the previous two games first.

If you're a WotHT veteran, this game plays exactly the same as the previous two but with one major twist in resource management. The "Limited" in the title refers to the fact that you aren't able to collect crates and build units as you please any more. You're given a limited supply of units for each mission. You do have two special units (well, one, really) which are Hotaru, who is played up as a powerful unit by the story but turns out to be a bog standard Command unit, and your actual special unit, a Mihari Scout unit, who has exceptional scouting abilities for the start of the game. Then you're given a handful of other units to choose from to deploy as you see fit.

It doesn't seem to be a perma-death scenario, though. I haven't noticed any correlation between the units left over from the previous mission and the ones I start with on the next mission. Considering you can go back and replay missions without directly continuing from the previous one, I think it's safe to assume that's the case.

I can't really say whether the new resource management is good or bad. On the one hand, I liked building up a super powerful squad and crushing my opponent but, on the other hand, it does take the strategy out of the game when you can simply scount the entire map and then level it all in one turn. It's a matter of balance and this time they balanced it for maximum strategy.

Overall, it's still a great game for fans of the series so definately pick it up.. Just like the original this is an excellent turn based strategy game courtesy of doujin developer Yakiniku Banzai.