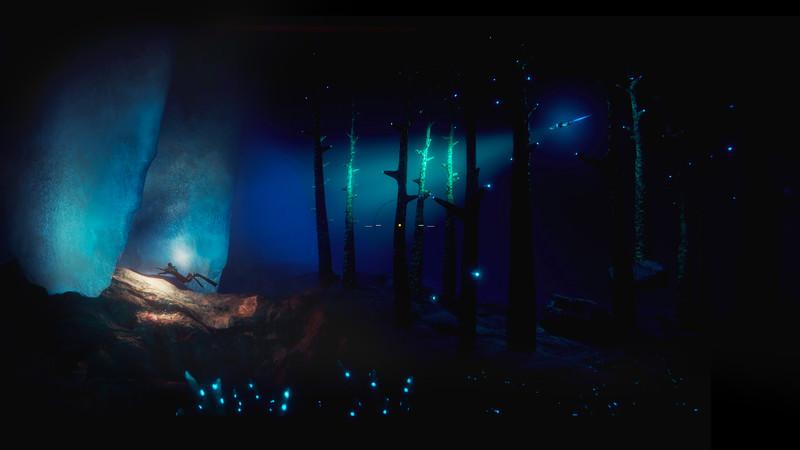 You’re part of a small team sent to film a promotional video for a groundbreaking discovery: meteoric debris embedded deep in Arctic ice that provides clean, hyper-efficient energy. But there’s an accident.

Escape together or die alone

Stranded at the bottom, injured and running out of time, your only hope for survival is to reach the surface. But something else is going on. Things aren’t right, they don’t add up, and you can’t help but speculate. Why is this happening?


As you fight your way to safety, you’ll need to figure out what’s behind this surreal world and your desperate situation. Knowing will make all the difference. 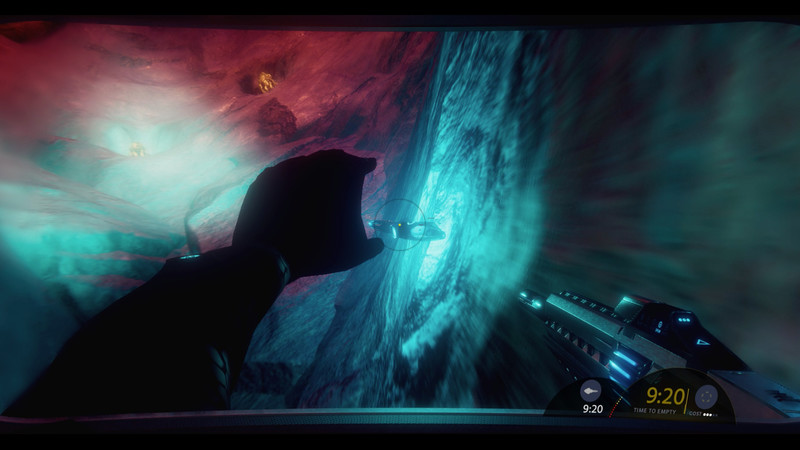 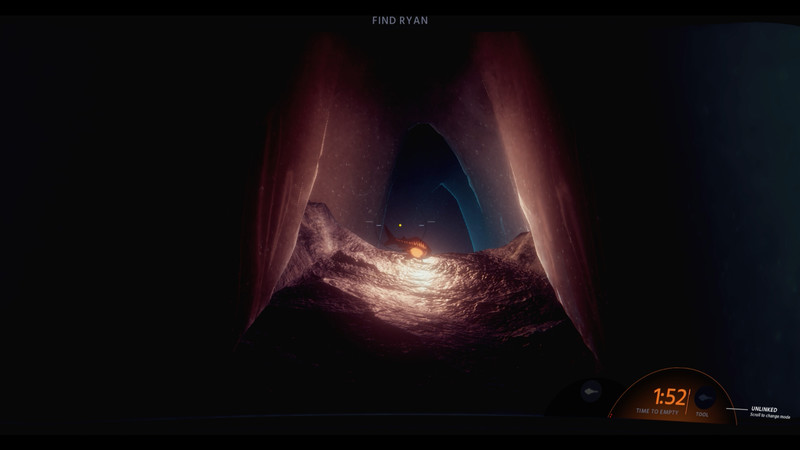 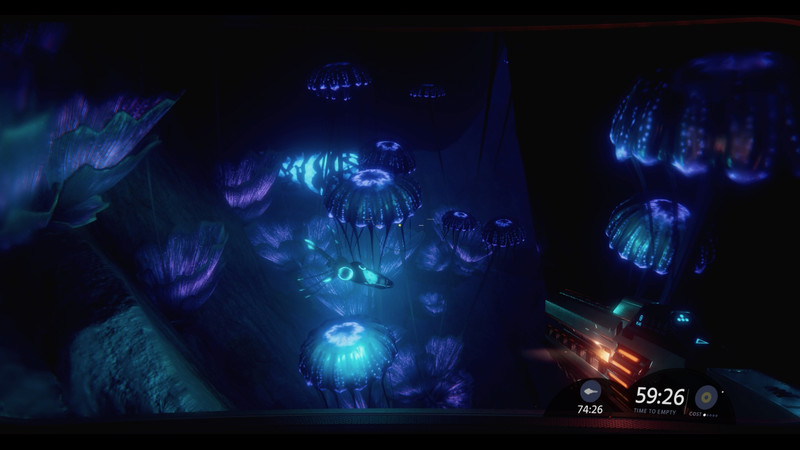 Several months ago, I discovered this game through a popular YouTube channel and became excited to see where it was going. I thought it would be somewhere along the deep sea survival\/horror genre. In some ways, that assumtion wasn't wrong, and in some ways it was -- but I wouldn't say in a negative sense.

Debris has a fairly good pacing, maintaining the need for power and survival while not always keeping you in a state of tension. The ambient sounds and the music do a very good job of causing the needed spikes in anxiety, which can sometimes cause you to take risks. This is a game about team work, though it can sometimes feel like the partner AI can make things a little bit easy. Unless it's against sharks. You're on your own there.

It does feature some jump scare moments, but I wouldn't classify it overall as a scary or spooky game. The atmosphere is incredibly well done, however, and can definitely be said to lend to the overall pressure felt by being stranded under glaciers.

I particularly enjoyed the voice acting! The cast was very well chosen and everyone performed their parts exceptionally well. The other great thing I took away from this game was the psychologial impact of survival and certain conditions. There's a great twist at the end, just stay tuned.

I finished my playthrough in four and a half hours, roughly, but the Devs said it could be a game with 5-10 hours of content. I think there is some decent incentive to replay the game, and I'm looking forward to what features might be added with Co-Op (which is coming soon).

The thing I was disappointed with this game was that I didn't get to see the Jellyfish ROV in my playthrough! Do we ever get to see it? Is it as cute as the squid?! I suppose I'll have to play it again to find out. See you under the ice!. Repetitive beyond belief !! Do the same thing over and over, shoot some fish, collect some debri, recharge battery. Over and over and over to the point of total boring. The voice acting is too calm and "how was your weekend " type of conversation even though they are stuck under water with little air and enegy and suppose to be fighting for the lives. This game could have been good but at the moment the most fun I will have from it is asking steam for a refund.. Watched the trailer a few months ago, thought it looked awesome, the voice acting sounded really good and I thought the premise had potential.

I come back to check on it and to my surprise it's already released, so I immediately buy it. After the download is finished, I am excited to play it. It was cool the first ~15 minutes, a few cheap spooks here and there, but it was good enough. It then slogged on for an entire hour, doing nothing more than these few steps:

Occasionally you'll see a new enemy or different environment every now and then, but the only enemy that really scared me was the worms<\/span><\/span>, those things are freaky.

Pros\/Cons;
+ Looks excellent
+ Great voice acting
+ Good story, interesting ending, did not expect it
- Too low FoV, cannot be changed
- No way to pilot up or down, felt difficult to maneuver around the fish due to this combined with the low FoV
- Very repetitive gameplay
- Just two modes for the Tool, which both feel unsatisfying. Almost never found myself using the flares, as they seemed useless with the ROV existant, just felt like a waste of power
- Not enough enemy types
- Fish that are supposed to look 'alien' don't really look alien enough. Could be excused as mutations, but come on, how did those massive worms<\/span><\/span> get there? If they are mutations, what the **** did they mutate from?


Overall, a good story, but the gameplay itself is boring and repetitive. Not worth $30. Just go watch playthroughs on youtube.. I first heard about this game at an arts festival in my home town. They were allowing the public to test the game and experience it before the official release. I regret not being able to play it then but I was more than excited to find out it was finally released. I played and finished the game and I can happily say it was well worth the wait. I was impressed with how solid and well put together the story is and the visuals were very pleasing. The gameplay is great, it's very basic and simple to understand but I encountered a couple frustrating experiences as I progressed through the game most of which had to do with the squid. That aside, it was still an enjoyable experience and I'll more than likely be playing this one again! :-). I'm not the best reviewer but I'm giving this game a yes. I really enjoyed it and the storyline, also can't wait for co-op mode to come out. But the gameplay, not so much to be honest.

You play as a person named Ryan, you and your squad are exploring a underwater area till suddenly there was a big accident, where you and your crew has splitted up. Your goal is to escape together or die alone. By the way this is not a game where you can craft, build, train, none of all that. This is also singleplayer so beware, but apparently there is a CO-OP mode coming out where you can play with your friend on steam.

There is 4 endings, so far I've only achieved 1 out of the four. To be honest I feel like Debris is a walking simulator. Throughout the game you don't really do much but just survive and follow this robot the entire game, and try not to get killed by dangerous creatures.

Debris does have some issues (FOR ME), as I was experiencing FPS issues where the game is not even hitting 60FPS (It was literally stuck on 30~40FPS for me) when I have a gtx 1060. There is options choosing which system you have so you can choose one out of the four so you can play the game without even having to adjust setting as it would auto adjust it, so it's suitable for your PC. There's not much you can change in the menu setting's, only a couple things such as the graphics and resolution was the most important ones but changing them actually didn't do anything for me, I still had the issue of FPS. I also had issues with some of the AI movements of the robot, (you will know what I'm talking about once you get into the first 20minutes of the game) she kept moving eveywhere, spazzing out, going to fast, going back and fowards, going in circles.

I feel like this isn't even a review but a personal opinion of the game.. My friend and I played the co-op version of this game not long ago, and we got quite far in the game's storyline.
But at one point in the multiplayer campaign, my friend and I got stuck in one spot in a current and couldn't progress; we tried restarting the game, restarting the checkpoint, we tried looking everywhere for a path (there's only one), nothing...

Devs, if ur reading this, idk if its a bug or not, but its in the chapter Flow; its an area where there's a lot of debris on the ground. There's a jellyfish robot and about 10 of those big fish looking at it. Place looks like a ritual...

I do recommend the solo campaign...but talking about the co-op... I don't recommend it until that gets fixed. I haven't tried again as of yet as my friend hasn't had time to try it again with me. I don't know what its like for the rest of you.. A beautiful atmospheric game!
The sound is hypnotic and weaved in nicely to create the mysterious atmosphere. Expect tension and a decent amount of suspense but NOT HORROR. Aside from some crazy demonic creatures this isn't a horror game. This isn't Subnautica either. The fact you hold a \u201cgun\u201d aka \u201ctool\u201d is pure self-preservation. If you\u2019re hoping for the above, sorry Charlie this game isn\u2019t for you. It\u2019s a linear storyline that takes you on an adventure with two other divers but then things go wrong as they do and you find yourself lost for a while, so it\u2019s an experience. The voice acting is well done and I personally got attached to the characters. It gets kinda emotional at the end when you find out that holy crap\u2026;) Anyway, an intriguing little indie game with a twist and a message at the end. I enjoyed it.. I really love the game, but the one thing i dont like are sharks. i literally hate those with a passion, i canot get past them. could u please see if u can make the sharks a littl bit easer.