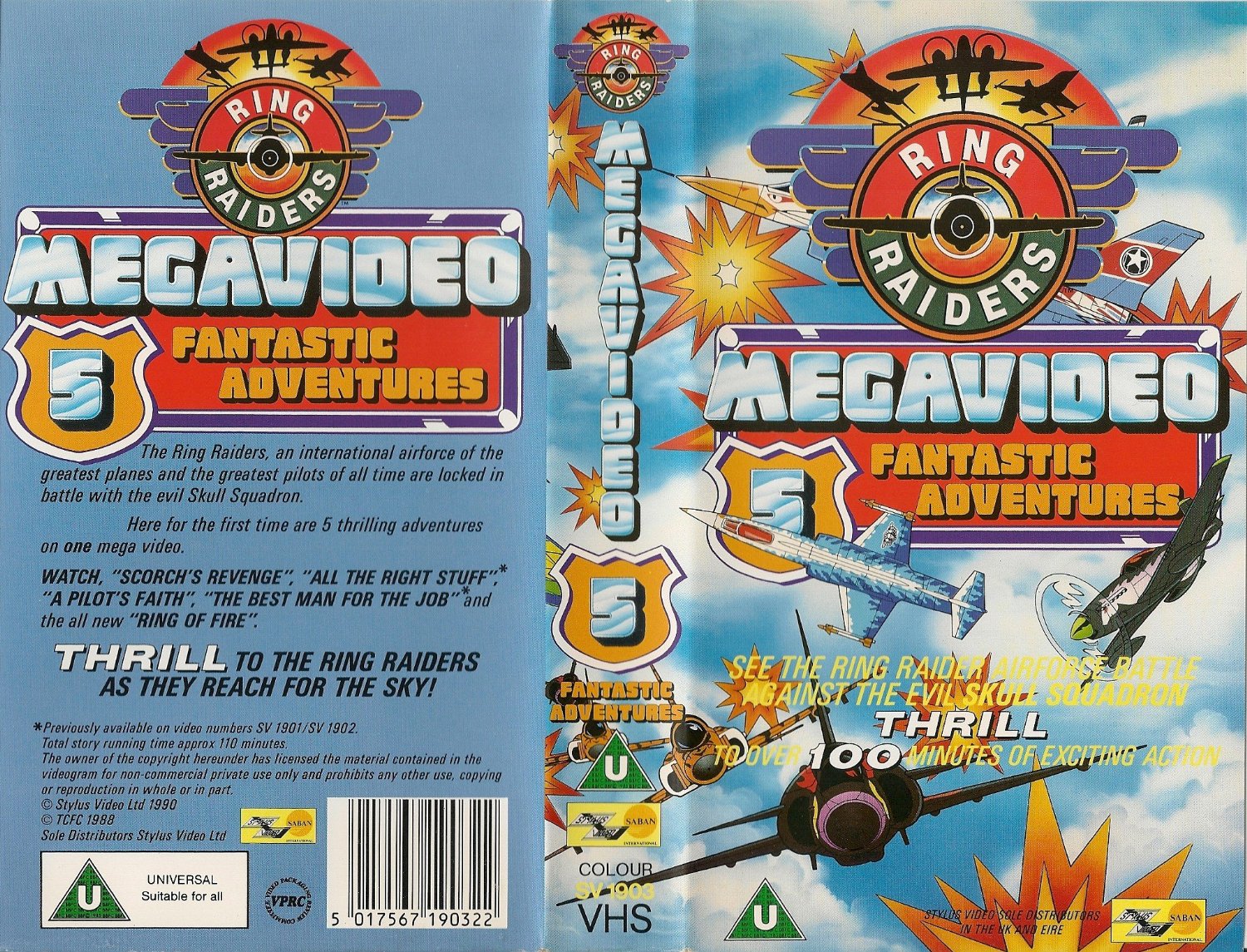 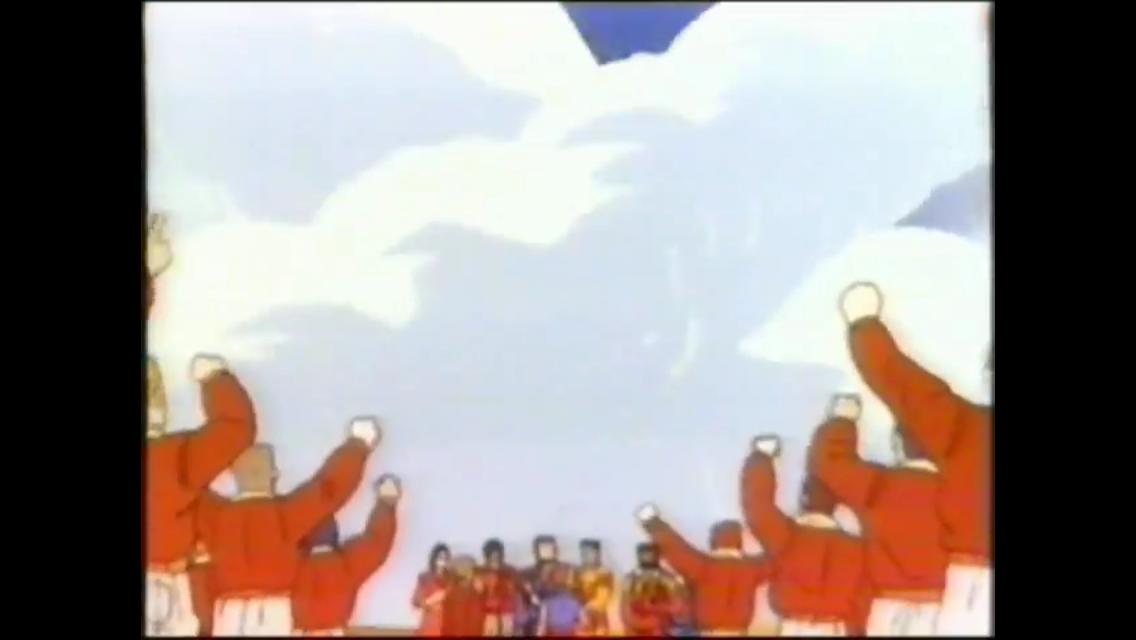 A group of Heroic pilots from around the world and time called the Ring Raiders try to stop the sisister actions of Pirate Pilots, with the help of their Power Rings.
"Ring Raiders" is very much like other toy-license-based cartoons of its time (the late 1980s). It shares the same production staff of "COPS"/"CyberCOPS" and "Phantom:2040" and doesn't fall too far conceptwise from the premises of "COPS", "G. I. Joe", and the like.

The plotline is also very standard: a band of airborne pirates have discovered time travel and are using this knowledge to cause havoc in both the past and the future. The governments of the future react by recruiting the best fighter pilots in history to hunt down the pirates. The pirates are known as the Skull Squadron (fans of "Robotech" know where this came from, of course) and the government's team is the Ring Raiders--called this for the cybernetic rings they wear.

Cub Jones, a novice American Navy pilot from World War Two, is recruited by the Ring Raiders when the Skull Squadron emerges in his era. The plot of the first episode is Cub's rescue from peril at the hands of the Skulls and initiation into the Raiders--and the subsequent mission as the Skulls' delayed-reaction weapon sets off volcanoes all around the world.

Good and evil are sharply defined by Peter Chung's character designs. There is no doubt that Wraither, Hubbub, Mako, Syren and Chiller are through and through villainy, willing to accomplish Scorch's nasty plans with the utmost ruthlessness. As well, Vector, Yakamura, Miles, Jenny Gale, Kirkov, Thundercloud, Cub and Von Klaudeitz would not look out of place among the heroic G. I. Joe team characters. I'm sure if the show had been more successful in getting syndication, we would have seen these characters in action-figure form.

I once showed the "Ring of Fire" tape to some friends and we came to the agreement that it substantially showed much that was wrong with American-concept cartoons...in particular the commercialism and black-and-white moralizing. It didn't help that the tape included adverts for the myriad merchandise related to the show--from lunchboxes to bed linen.

But never before and never again in American cartoons was the theme of aviation covered in so much visual detail. The planes, which in many other cartoons would just be rendered in generic designs, would be easily recognizable to airplane fans: the Grumman Wildcat, Mikoyan Foxbat, SAAB Viggen, Northrop Tiger II, and Fokker Triplane are among the featured machines. The Japanese cartoon "Area 88" appeared at about the same time and shares the same subject matter...it would make a good counterpoint to "Ring Raiders".

There were less than 10 episodes of the show made, judging from material I found in books and on-line. Only the first one saw any public release that I know of. I'm looking for the rest myself. Even though "Ring Raiders" wasn't a great show, it was a satisfactory one for me.