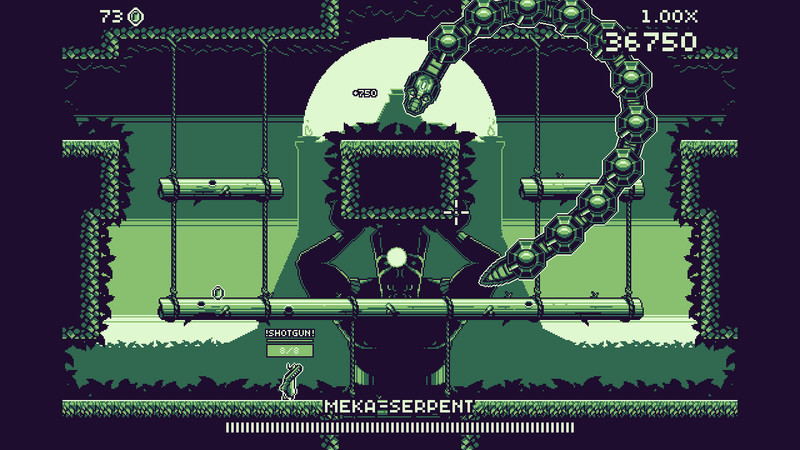 I have been developing games and creating pixel art full time for a little over three years now. I have spent a lot of time studying and trying to perfect "game feel" principles. Gunlock is the first installment in what I have dubbed the "mini series." Gunlock is a small but very polished score chasing game with retro gameboy palette pixelart. 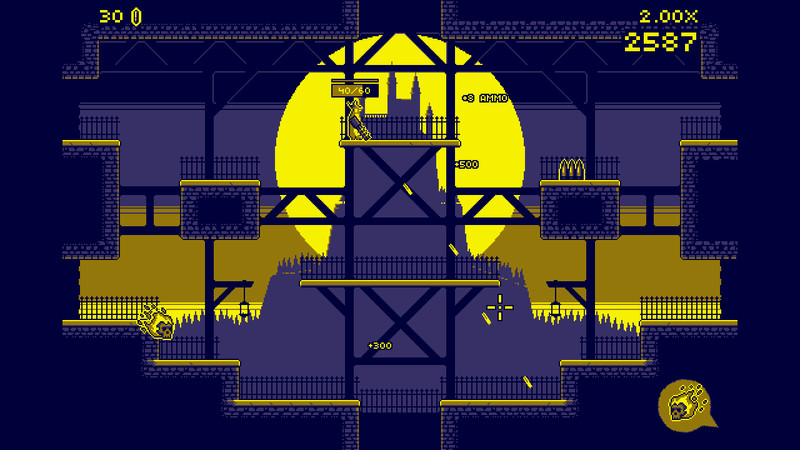 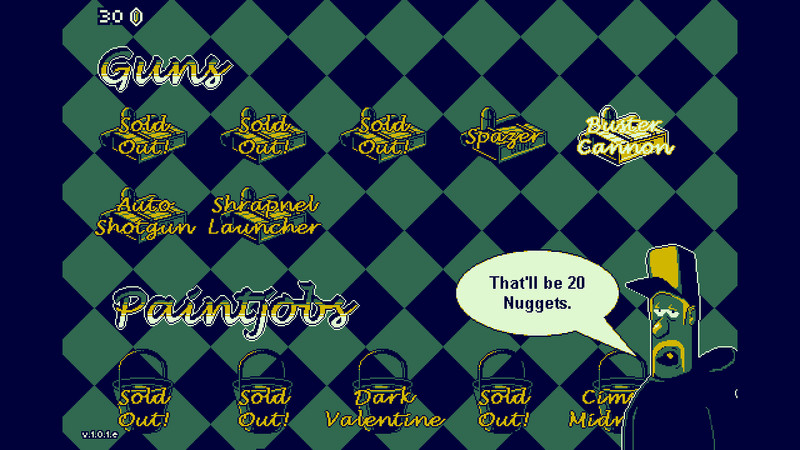 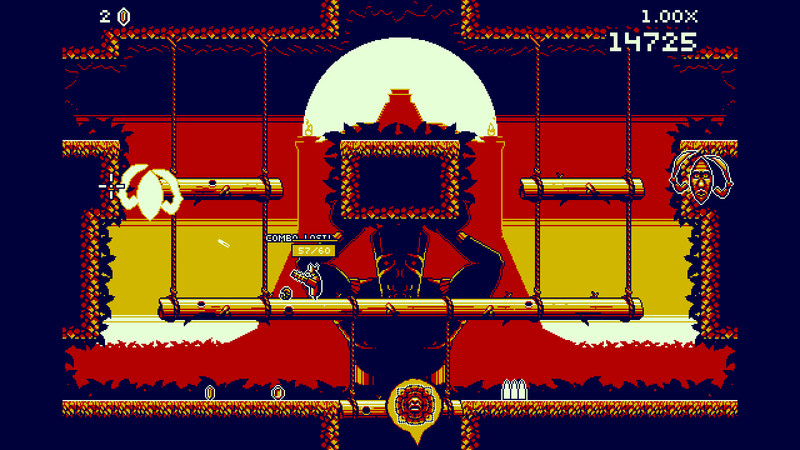 
classic
. A great little fast paced and stylized arcade game I will spend much more time with!

https://youtu.be/oxRBfO82eZA. It's nothing to write home about.

It's decent though!. 18 minutes well spent.

I like the game though. It shreds your♥♥♥♥♥♥off, but in a good way. A much more dynamic variation on the theme of Super Crate Box with a pretty rad soundtrack.

I kind of goofed and spent the first 10 minutes of the game thinking you can't aim your gun (didn't even bother trying the right stick), kind of like that was supposed to be one of the gimmicks? Yet I still had lots of fun stomping on enemies. If that's not a mark of a good game, I don't know what is.. Its an hardcore platformer, i kinda like it but its really hard... Video Review: https://youtu.be/kBW4pB1MqZ4

I'm having a great time playing Gunlock. It has a good amount of enemy variety and even though the game has only three levels none of the enemies are recycled. That means each level is completely different. I think a lot of games take the easy route and reuse enemies to "expand" a game but it gets old. In Gunlock there are no worries about that and plenty of reasons to keep playing to get the high score.

Other review saying 18min, are you joking!? I put over four hours into this game and I could still keep playing. New guns and color pallets are purchasable with found gold. Some of these guns completely change how you play.

It's a distillation of arena combat in their own style. It's pure arcade fun with none of the extras.. It’s a short and engaging arcade-styled game that’ll only cost you a few quarters.

Graphically, Gunlock also does a good job of appealing to my pixelated interests. Levels have great motifs that match the great sprites and the backgrounds. The stylish 2 color (with shades) pallets distinguish point of interest from the background. Firing and hitting a target with a weapon is easy to measure. Also the pixel-cursive font used in the logo and menus is fantastic.

I’m a big fan of the jammin’ chiptunes that Gunlock has (props to zminusone). However, I chose to pick my own audio for the most part as each level’s track can amuse for so long. Plus, the game makes a good ‘thumb twiddler’ so it’s great to use as something to do while also catching up on music/youtube/podcasts.


Enemy and stage variety is diverse across the few boards Gunlock contains and both work nicely together. The snowy area had a good idea going with horizontal layers that complemented the snowballs and snowmen while the jungle level had enemies that got up in your face in the small safe zone.

There are a few inconsistencies with enemy spawns and boss spawn timing (once had one show up over and over, which was convenient for gold collection) but these moments weren’t common.

Weapons also have variety and the unlockable ones are awesome. They’ve all got distant sound effects which gives them character and can help you quickly identify them when they swap out. Having to get to an ammo pack to swap and refill a weapon is a good way to keep things moving and engaging. You’ve got to considered how to get there safely and then how to change your playstyle to accommodate for the new weapon.

However, once I had saw the option to only choose 3+ weapons for battle, levels became a little more streamlined with unfavorable weapons gone and more predictability weapon drops. I’m not sure if this made things more entertaining since it did replaced variety and quick adapting with consistency that helped me advance to the end. Balancing random elements in a tougher game can be risky. Perhaps that variety could be promoted with weapon-specific levels/challenges to motivate the player to get out of their comfort zone.


Overall, if you’re familiar with games of a similar control scheme it’s an easy recommendation.

I’m not sure if Gunlock is designed to be a longer term project (it has been updated in the past) but it feels like there’s a few empty slots for loads of potential for different modes/power ups/weapons/secrets/levels/challenges.

Regardless, it’s a great little gem the way it is now.

The major reason I bring that up is because of lack of acknowledgement of beating the ‘finale boss’. Although, that one mysterious achievement makes me think there might be more to that last area….