Smash Up: Conquer The Bases With Your Factions Activation Code And Serial Number

Smash Up: Conquer The Bases With Your Factions Activation Code And Serial Number 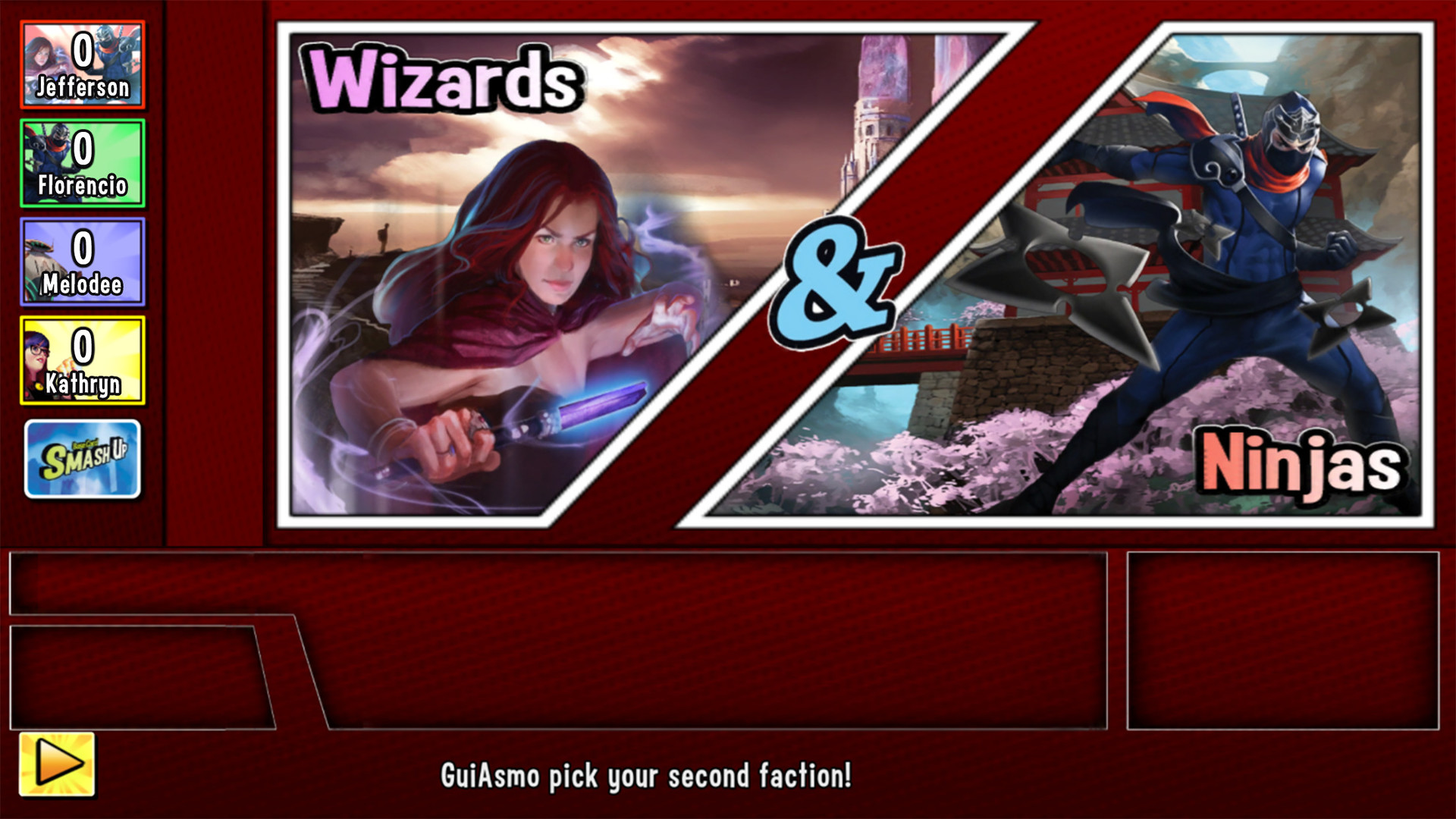 Smash Up is the award-winning shufflebuilding card game designed by Paul Peterson, now available in a beautiful digital adaptation so you can play on the go with friends all over the world. In Smash Up, players draft two faction decks from their choice of pirates, ninjas, robots, zombies, and more, and combine them to create a hybrid team that is a force to be reckoned with!

A SPECIAL GAME EXPERIENCE!
The ""shufflebuilding"" game Smash Up starts with a simple premise: Take the twenty-card decks of two factions, shuffle them into a forty-card deck, then compete to smash more Bases than your opponents! Each faction brings a different game mechanism into play – pirates move cards, zombies bring cards back from the discard pile, dinosaurs have huge power – and every combination of factions brings a different play experience.

THINK STRATEGY!
During play, Base cards (each with their own difficulties and abilities) are in play. Combine wisely your characters and actions' cards to obtain the most power! You attempt to have the most power on the Base from your minions when the Base is smashed. Sounds easy? How easy is it when an opponent's Alien-Ninja decides to Beam Up your minions to other Bases - flat out Assassinate them? What about when the Pirate-Dinosaur player Full Sails in and releases King Rex to stomp your minions into the ground, or when the Wizard-Zombies use their Mystic Power to create an Outbreak, suddenly flooding minions onto the Base from the discard pile? Or what if you faced a Zombie-Dinosaur player instead and he created an Outbreak of massive beasts all at once?!?

SCORE THE 15 NECESSARY POINTS & WIN THE GAME!When a Base is smashed, each player in first, second and third place scores points. Fourth place? Sorry, bro – try harder next time.
With nine different factions, Smash Up includes dozens of combinations to try. Pirate-Aliens play different than Ninja-Aliens, for instance. Which will you use to smash up your opponents?
And did we mention the dinosaurs have laser beams? 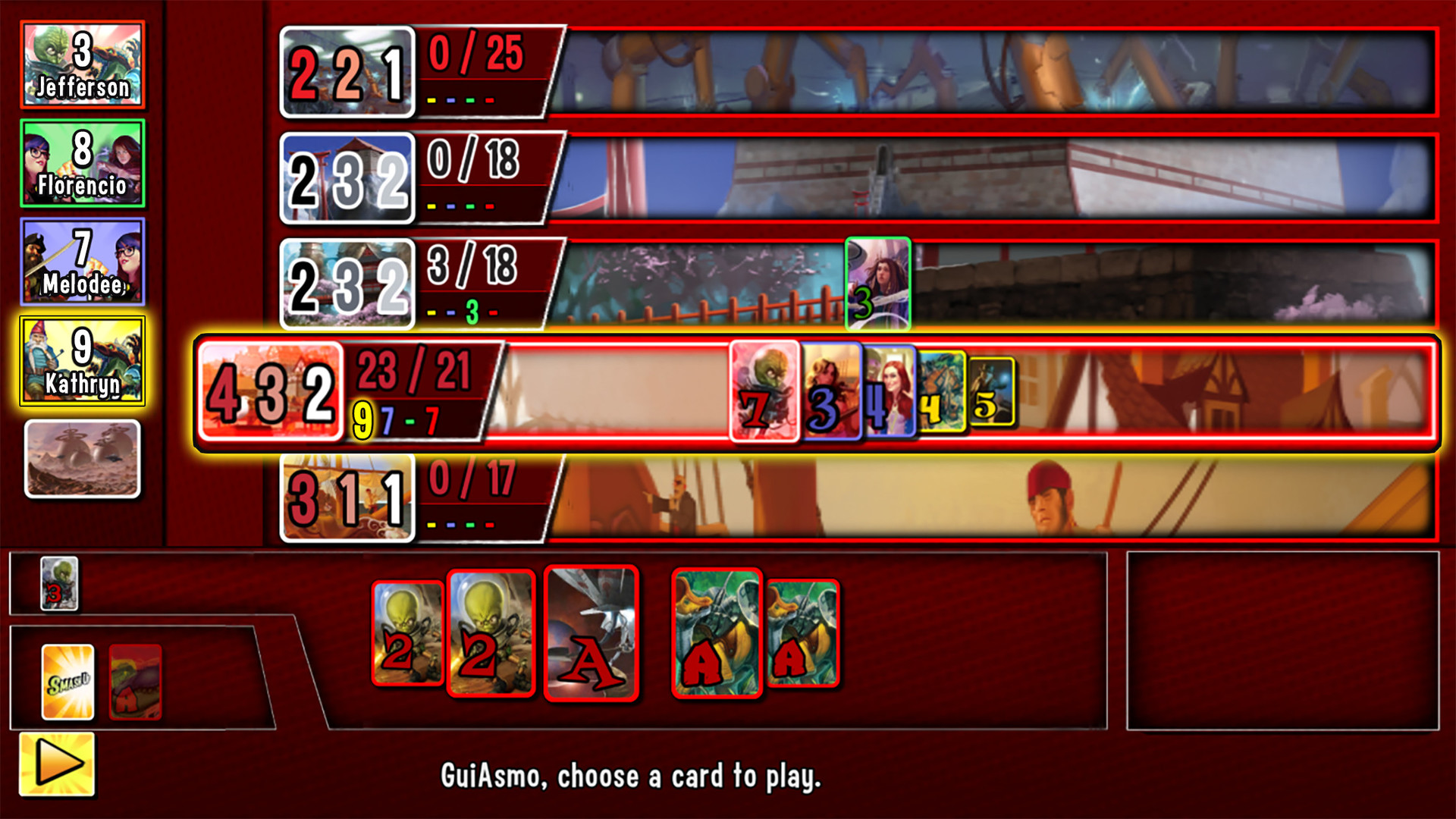 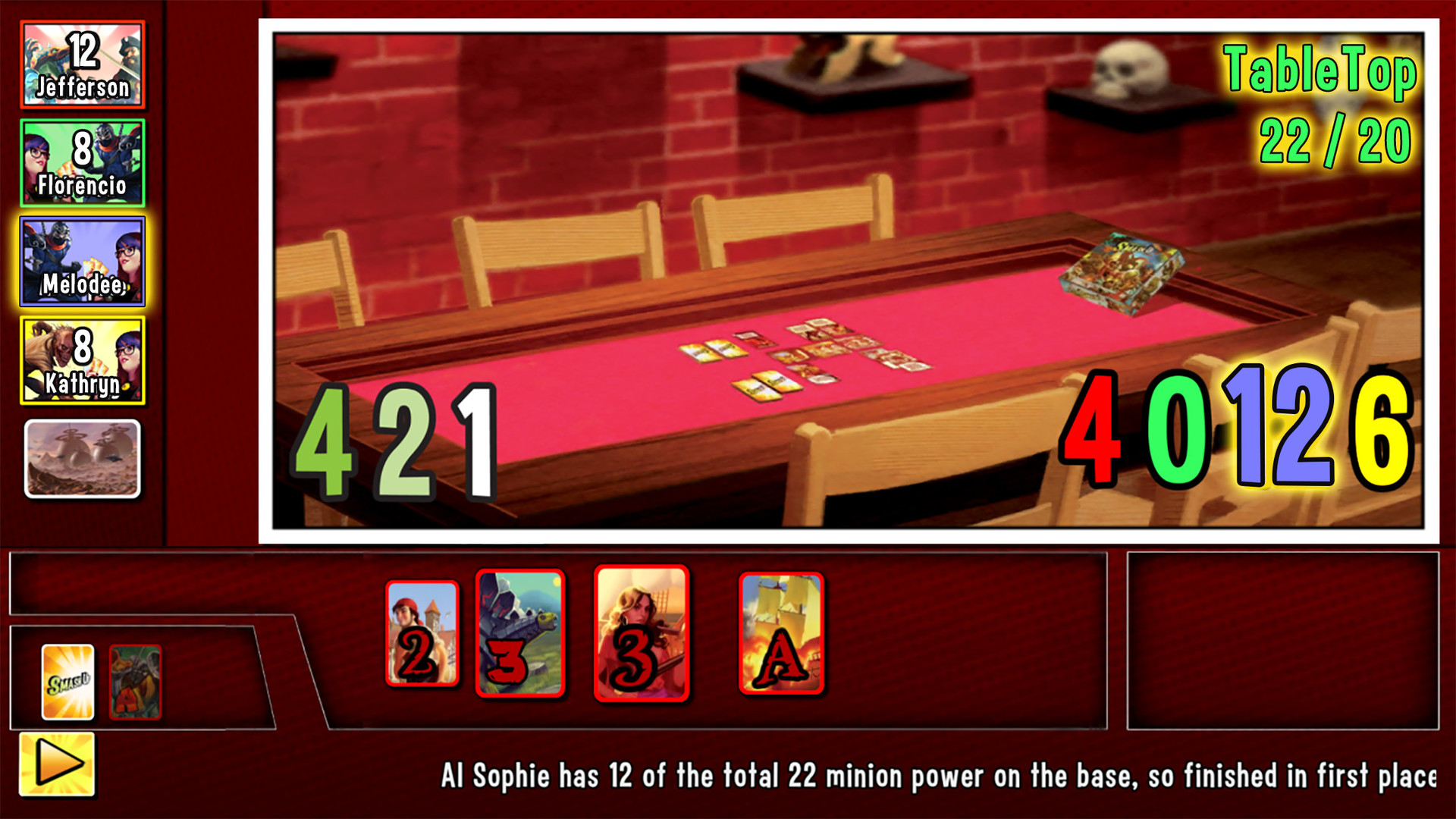 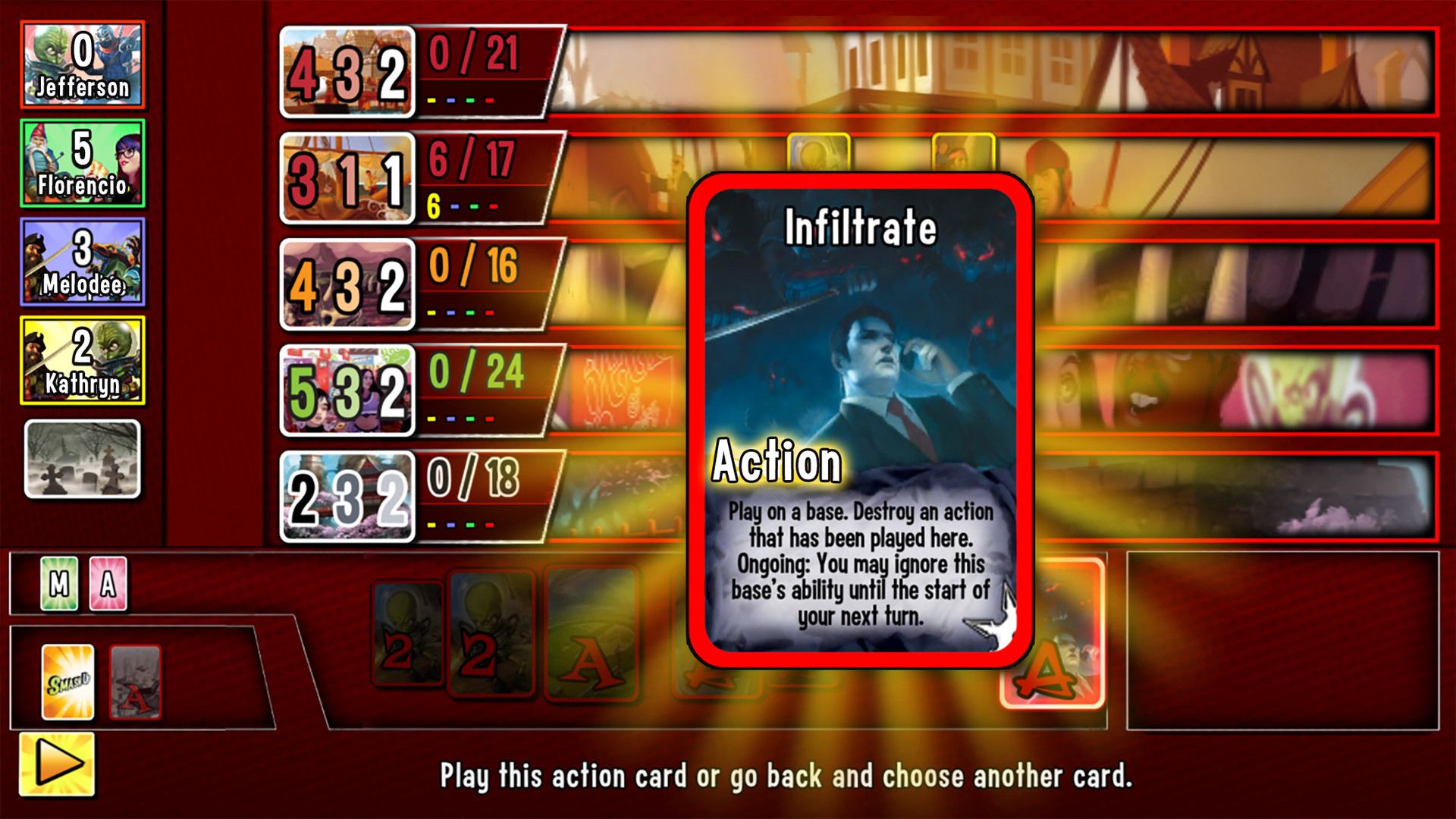 smash up conquer the bases with your factions


I love this game! Plays like the actualy boardgame. The glitches mentioned by the previous people seemed to have been fixed. They just need to add more of the expansion packs please. When I learned that this game was getting a digital release I knew I had to jump on it! I love the physical game and most people I play with LOVE it too, but it's sometimes hard to get a game going with people. It seems like it doesn't get played often enough on my game nights, but now I can play it solo anytime I have spare time! It took a little getting used to the interface but once I learned it, I got up and running and playing the game a lot. It doesn't seem like I can ever get an online game going because I work so early, but I'm okay taking on the Computer A.I. As long as I can get my Smash Up fix, I'm okay. While the list of factions is small now, they plan to release more and more of them so I'll keep playing and soon this game will explode with all of the content. While I do love the trash talking aspect you get from playing with friends, if you can't get a game going this is a fantastic substitute!. Fatal Errors: The Card Game. Great game! Hopefully we can see expansion pack soon! \ud83e\udd17. What a ghost-zombie game! >.<. I've been a huge fan of smashup and wish I'd known about this game being on Steam sooner. I'll definitely be telling my friends about it and buying a few dlc copies for others.

Really well programmed game and very intuitive. Didn't even have to think about how to do things with how simple and well done the layout is.

People complaining about having to buy the card packs need to get a job. Gotta love children that think they deserve everything free in life.. I love it! Everything I could have hoped for in a computer adaptation!. takes awhile to get the hang of it. it would be nice if it were a bit clearer when actions are played. I used the geeks twice, and it is hard notice on time when to use will wheaton (discard action). Second, the issue when someone stops playing online or their computer freezes up. There is no way to tell what occurred and when to know to concede. Online, our names did not match up colors. I was green yet my name showed up in the red box. Fun game. has some kinks to work out. Also, would be nice if their were some kind of voice interaction beside music. Some kind of Banter between factions\/cards would make it more enjoyable. Well worth the price.. Smash Up's aight as a board game. The card effects mean it's really hard to plan a long term strategy without just getting boned by random card effects, resulting in gameplay that's less strategic and more just two players taking turns telling each other to go \u2665\u2665\u2665\u2665 themselves.

Where this goes horribly ary is the quality of this PC porting of the rules. The UI is extremely clunky, pausing gameplay at arbitrary points, hypothetically waiting for players to respond to in-game actions, but when the player has no ability \/to\/ respond, resulting in points where you're staring at the screen waiting for play to continue, before realizing that you're supposed to click this tiny inconspicuous button in the corner.

The biggest problem, though, is that the game doesn't tell you the targets of actions, meaning that a player will play a card and you'll be scrambling through the cards on the field to figure out what the hell just happened, ignoring what the hell is \/currently\/ happening in the process and making the whole thing a mess. Just play it on TT Sim.