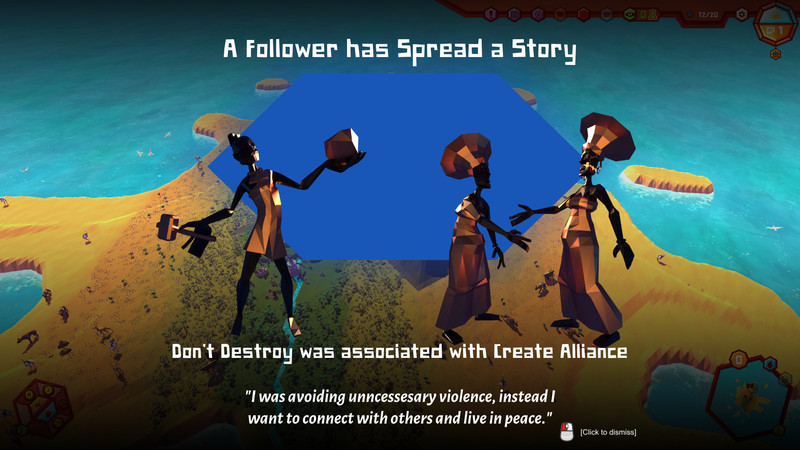 Welcome to Crest, a unique take on the traditional god sim, where your word is gospel. Control and guide your followers by issuing commandments written in an evolving pictographic language.

How these commandments are interpreted and remembered is not set in stone. What you communicate and what experiences your followers have with the environment is the basis for their religion. Over time, commandments can develop different associations and completely change their meaning. After all, your followers still have free will and will sometimes do what they think is best for them, regardless of what you had in mind.

The consequences of your actions may not always be clear and you will need to be aware of the ever-changing environment, your people's beliefs and their feelings about you.

Will they love, respect or fear you?

Crest is an Afrofuturist game that re-imagines how humanity arose in the cradle of humankind on the African continent. It's a historical themed game that tries to emulate an advanced iron age civilization that could have existed a few thousand years ago. The setting for the game world, its flora and fauna is based on African biomes, with rainfall determining the tug-of-war between desert, savanna and jungle.

Crest is a game about surviving and you can never win the game, only survive and experience an interesting journey. Its focus is on replayability. Every new world you start is unique and will write its own stories. If all your followers die, that world is gone forever. However, you will still be able to view the legacy of your previous worlds. As long as your people live you can continue playing and further shape your own history by creating more and more complex commandments with newly unlocked words. 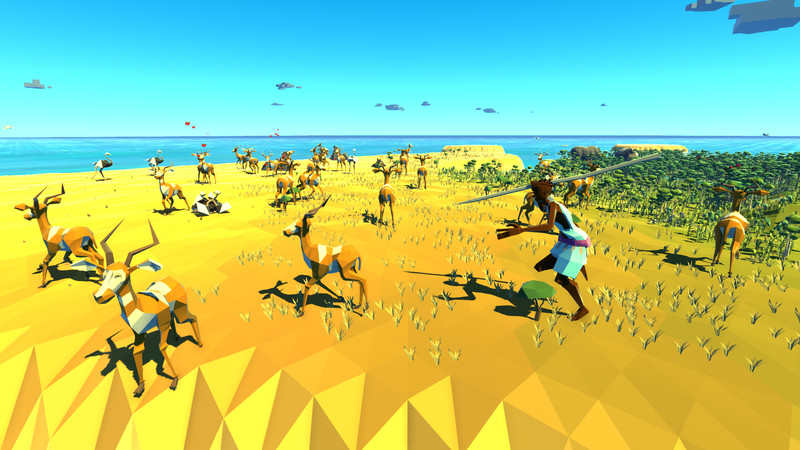 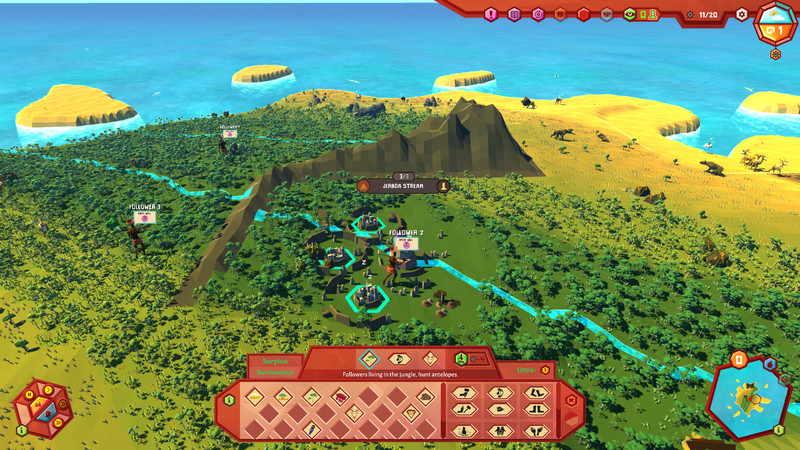 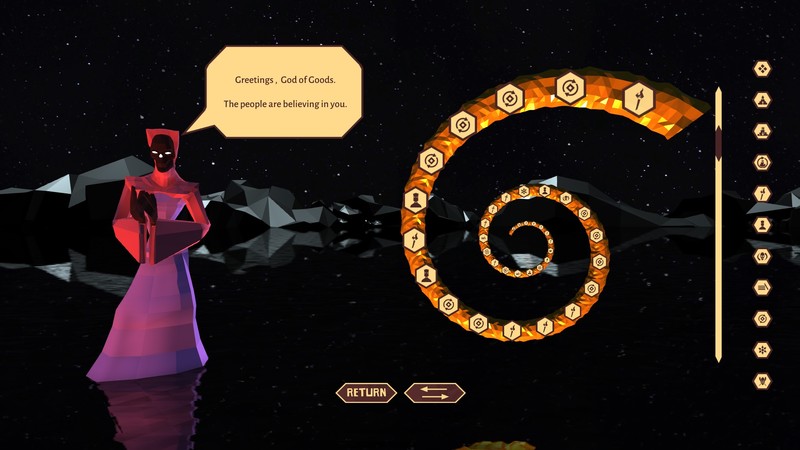 
TLDR; the design leads to a frustrating and disheartening experience despite the interesting ideas.

I only played the game for 2 hours, so perhaps some of these problems aren't as bad later on or in a different mode, but here's what made me stop enjoying it:

First problem: The events of the game are very divorced from the actions the player takes, meaning there is no feeling of satisfaction from making a good choice. On top of that, the clear, quest-style method for gaining research points really doesn't mesh well with that indirect nature - it took me over half an hour to go from 7\/8 to 8\/8 bushes planted, with most of my commandments going into 'pick berries'.

Second problem: There are really only 4 different types of 'nouns' - food, terrain, ores and people - and only 2-3 of the verbs are relevant to the groups other than people (why would people near lions specifically attack\/not-attack people near hyenas?), meaning the core gameplay gets boring pretty fast.

Third problem: it really sucks to be put into a perfect, beautiful world with no war and no problems, be given the task of keeping people with emotions and needs and autonomy safe and happy, and then slowly see the resources stripped bare, people hating and destroying things and eventually fighting among themselves, while feeling like it's both your fault and the nature of the game.

The core idea is interesting, but it doesn't fit with the game it's in, like bacon in a cake. I think if perhaps it was set up more like a puzzle game - with a dysfunctional country that you have to 'fix' through the commands - it would work a lot better.. unless the dev pulls off a miracle before they abandon it then its not worth your time. 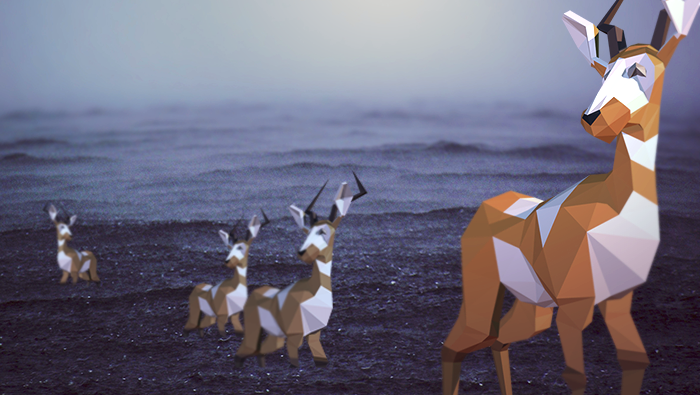 A river running down from the mountain will bring life to the world beneath. That’s the reason why we started to re-work our water system. We want it to affect the world in a new way, creating a more dynamic place for you to play in. This week we have also worked on ores, dangers on water, biomes and a few dates for you as well.

Read all about it on our dev blog[eatcreatesleep.net].. Community Module Now Live!:

Here it is, the final module for Crest! Monuments, tons of skeletons & many more features, besides an overall improved experience, await you in the Community Module. The very long list of all changes, which are based on your countless feedback, can be found below.

To start off the celebrations, we got a new cinematic trailer in store for you:

Here's a list of all the new features & updates: 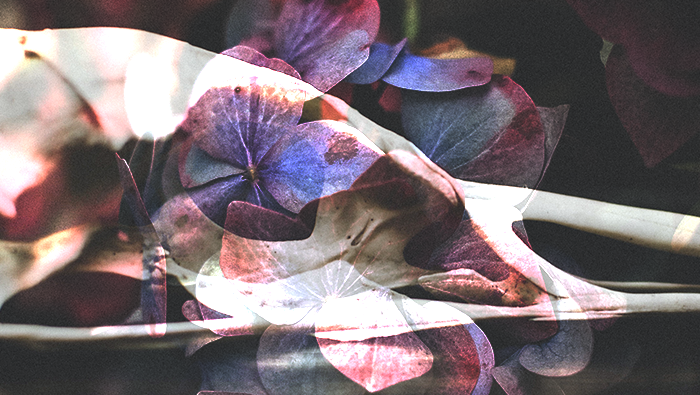 In the community module! This week we posted on steam what the community module is going to be about and we’ve been working hard on advisors, monuments, remnants of the world and more. We’ve also moved in to a new office space. Oh, if you want to find out what is rotten, read more about what we’ve been doing on the blog[eatcreatesleep.net].. Relaunch in September, 2018:

We're hard at work on the new features for Crest, just wanted to give you an update. 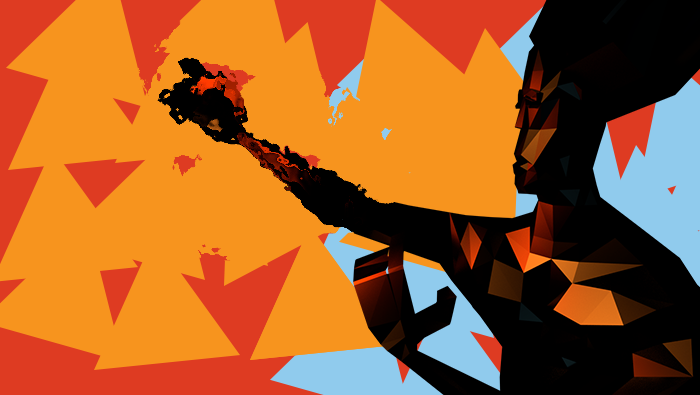 This week have been filled with things that’s affected or affects the terrain. The audio system that changes the sounds depending on which terrain you see and we have the terraformer that will have the ability to change the terrain. We’ve also worked on seasonal lighting and heat haze to give the seasons different feels.

Read all about it on our dev blog[eatcreatesleep.net].. Dev Blog #152 - Bubbles: 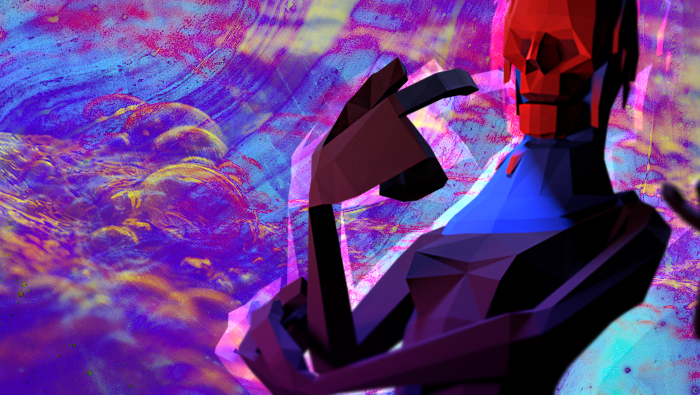 Bubbles…bubbles…the character on The Wire? The 1982 arcade video game? Michael Jackson’s chimpanzee? The skull enemies from The Legend of Zelda? The song by System of a Down? Find out what kind of bubbles we’re talking about below. 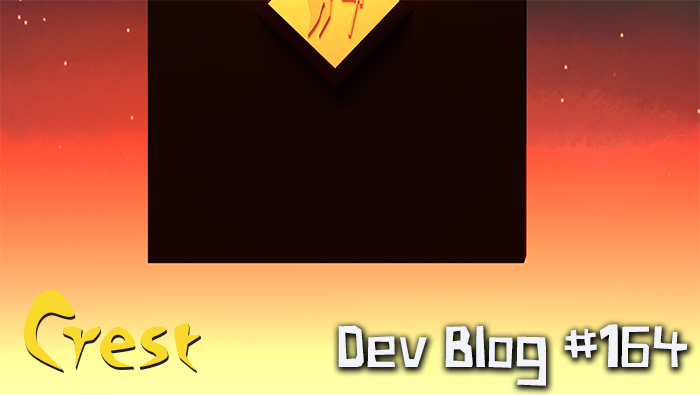 More pixelated images, a folder named Company Secrets and running away from dangerous animals. It must be time for our weekly Dev Blog! 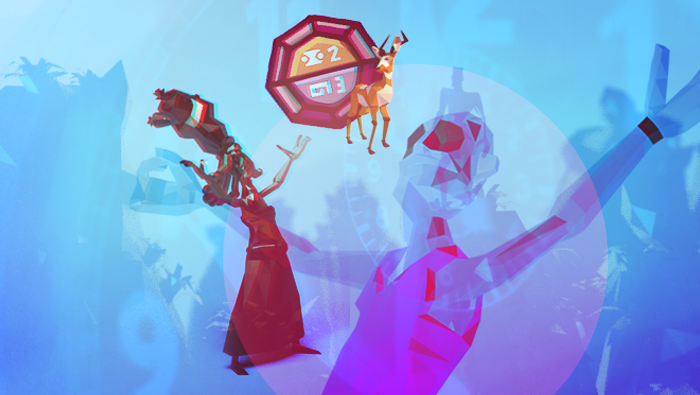 In order to solve an upcoming predicament you have to be able to predict what’s going to happen and when. This week we have been adding to our calendar’s different predictions. We’ve also worked on disposition, the terraformer and UI. Also, Patrick’s “Tour d’Europe” is well under way and he’s currently showcasing Crest at ReVersed in Vienna but before he was there he was at INDIGO in the Netherlands.

Read more about it in our latest Dev Blog[eatcreatesleep.net]